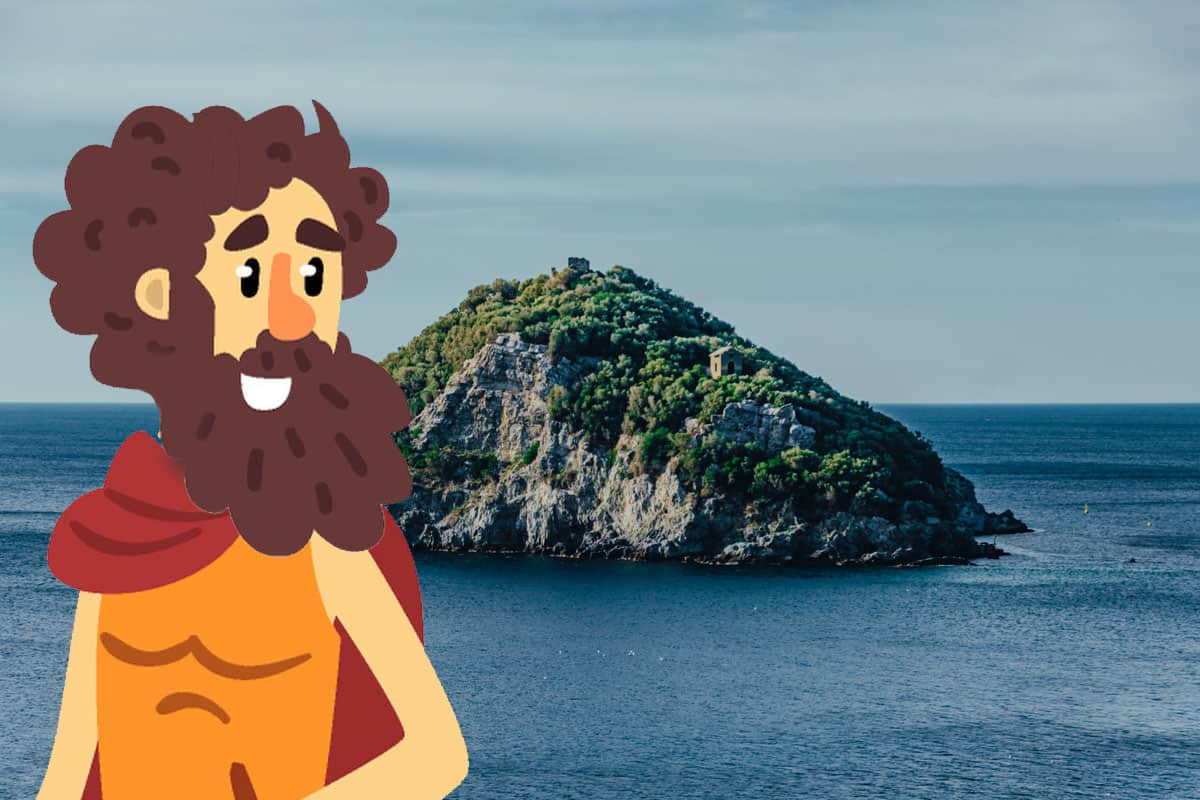 Odysseus was a hero of the Greeks during the Trojan War. He was a friend and rival of Achilles, and the one who discovered him on Skyros. He also served as a foil to Achilles during the war as described in the Iliad, preferring brains while Achilles favored brawn.

The most famous story of Odysseus is the one related in the Odyssey, featuring the ten-year delay he experienced while trying to return home to his wife, Penelope. These stories are just some of the myths of Odysseus’s misadventures before, during, and after the war with Troy.

Myths and Stories of Odysseus

Odysseus had sworn an oath to protect his friend Menelaus with his life. When Menelaus’s wife, Helen of Troy, was kidnapped, he was called to war. However, Odysseus wanted to stay with his wife and his young son and prevent a prophecy about him spending a long time away, and so feigned madness.

When Palamedes came to check if he was truly mad, he placed Odysseus’s young son, Telemachus, in front of the plow. His reasoning was that Odysseus, if mad, would not stop. Odysseus couldn’t bear to hurt his son, and so his ploy was discovered and he was drafted to war. He hated Palamedes for this.

Odysseus traveled to Skyros to find Achilles, a great warrior, and bring him into the fold. Achilles’s mother, Thetis, had hidden him amongst the women of the king’s court. When presented with the women, Odysseus had the idea to pretend that Skyros was under threat. Achilles immediately reached for a weapon while the women ran, revealing his identity.

Odysseus gave Achilles the command of an army, and the two went off to the war together.

Odysseus was one of the strongest and wisest advisors to the king of Greece during the Trojan War. He restored order to the camps whenever problems arrived, and also helped calm Achilles after the death of Patroclus. As a warrior, he also held his own with the greats.

When Apollo sent a plague on the Greeks over the capture of Chryseis, Odysseus managed to convince Agamemnon and Achilles that the girl had to go back. He personally sent a ship to escort her home safely, and the plague was lifted.

He also physically overpowered the objector Thersites who was spreading bad words about Agamemnon’s war.

Odysseus was also the one to come up with the idea for the ploy now known as the Trojan Horse. He acted as though the Greeks wanted to make peace and built a giant wooden horse as an offering, into which they packed Greek soldiers. The Trojans pulled it inside the wall, and then the Greeks came out and attacked, winning a great victory.

After the death of his friend, companion, and lover, Patroclus, Achilles’s mother Thetis gifted him with special armor. This armor had been forged by Achilles’s foster brother, the god of the forge, Hephaestus.

When Achilles was killed and his funeral games were help, it became a matter of contest who would be the next to possess his armor. The two strongest competitors were his strongest battle companions – Odysseus and Ajax the Greater.

Odysseus and Ajax argued for a long time before it was decided that they would bring the matter before a mock-court. To a jury made up entirely of Trojan prisoners, both Odysseus and Ajax presented their case for the right to own the armor.

Odysseus, ever the orator and charmer, managed to gain victory and win the armor. Ajax was furious and tried to fight Odysseus over this, but he was cursed by Athena. Ajax descended into madness, slaughtering sleep whom he thought were his allies. When his madness faded, he killed himself from shame.

Much later, when Odysseus descended into the Underworld, Ajax had not forgiven him for the slight. He was the only shade to refuse to interact with Odysseus at all.

Years later, Odysseus collected Achilles’s son, Neoptolemus, to take his turn fighting in the war. As was right and proper, he made the boy a gift of his dead father’s armor.

After the war, Odysseus headed back to Ithaca. However, an errant wind blew him off course and he and his crew landed on the island with a great lotus tree. The people there feasted on the lotus plant and were always lethargic and intoxicated. After that, they visited another island.
The giant Polyphemus lived there, and Odysseus and the others entered his cave. Polyphemus, a son of Poseidon, sealed the cave so that the sailors could not escape. He massacred and ate several of Odysseus’s men.

Odysseus later plied the giant with wine. When Polyphemus was drunk, Odysseus introduced himself as Nobody. He then proceeded to use a burning stake to blind the giant. When Polyphemus called for backup, the other giants thought him mad as he simply screamed about how ‘Nobody’ had blinded him. While escaping, Odysseus gave his real name.

Later, a now-blind Polyphemus complained to Poseidon. Poseidon retorted by naming Odysseus his enemy and cursing him to travel ten years before he could return to Ithaca.

The island of Lamos was inhabited by the man-eating giants known as the Laestrygones. These were the grandsons of Poseidon, and it was to them that the winds took Odysseus. The giants massacred Odysseus’s men even further, killing the crews of every single ship except the one that Odysseus and his direct crew sailed aboard.

Circe was an enchantress who lived on an island, and when Odysseus escaped Lamos, he ended up there. Circe was both witch and goddess, and she used wine and cheese with drugs mixed in to turn half of Odysseus’s men to swine. Odysseus and the rest of his crew, however, remained behind on the ship, where they were approached by Hermes.

Hermes offered Odysseus moly, an ointment that would protect him from Circe’s magic. When Circe realized that Odysseus would not be affected by her magic, she kept him as a companion instead. He eventually convinced her to turn his men back to normal, and he and his crew stayed on the island for a year.

Odysseus and Circe became lovers. They had at least two sons, Telegonus, Rhomos, and Ardeias. Latinus and Antieas may also have been their sons.

When Odysseus left the island, Circe gave him advice on how to travel to the Underworld.

8. The Herd of Helios, the Sirens, and Scylla

The shades of the Underworld, including Achilles and the prophet Tiresias warned Odysseus that if he and his men should harm the sacred cows of the sun god Helios, then they would not return home safely. The cattle resided on Thrinacia, and so Odysseus told his men to avoid the island.

Afterward, they sailed through waters infested by Sirens, water-creatures whose songs could drive a man to madness and make him launch himself into the sea. Odysseus’s men plugged their ears with wax as advised by Circe, but Odysseus wanted to hear the songs of the Sirens. He had his men tie him to a mast so that he could not escape no matter how much he strained, and he listened as they sailed past.

After that, they passed by Scylla, a terrifying six-headed monster, and the deadly Charybis whirlpool. Though they fought bravely, six of Odysseus’s men were lost to Scylla.

After this battle, despite Odysseus’s warnings, the men landed at Thrinacia. Odysseus warned them again about the cattle, but, that night, his crew slaughtered and ate one of Helios’s bulls.

In a rage, Helios insisted that Zeus either punish Odysseus’s men or lose the power of the sun on earth. Zeus sent lightning which struck Odysseus’s boat and killed or drowned all of the men on board. The only survivor was Odysseus himself, who washed up on a distant island.

Calypso was a nymph who lived upon the island of Ogygia. When Odysseus washed up on her shores, she nursed him back to health. In doing so, she fell in love with him. She detained him on the island, declaring him her husband and refusing him permission to leave. Though he loved her a little, he soon grew desperate for the woman of his heart – his wife, Penelope. After seven years, he begged Calypso to let him go.

Calypso refused, and so Odysseus appealed to his patron goddess, Athena, who in turn approached Zeus. Zeus ordered Calypso by way of Hermes that she must let Odysseus go. Though she complained, Calypso did not dare defy the order, and Odysseus at last returned to sea.
In some versions, Latinus is a son of Calypso and Odysseus.

Odysseus at last returned to Ithaca twenty years after he left. His son was now fully grown, and his wife, Penelope, was beleaguered by her many suitors. She had remained completely faithful the whole time that Odysseus was gone, but the pressure to marry had grown more and more intense by the year.

The suitors had taken up residence in Odysseus’s home, completely disrespecting it with boozing and recklessness. Many of them also developed a plot to kill Odysseus’s son, Telemachus. Odysseus came up with a plan to stop all of it.

During a competition between the suitors, Odysseus entered in disguise. He shot better than any of them, winning the right to Penelope’s hand if he could get her to consent. When he was declared the winner, he revealed himself to Penelope. His wife, worried it was a trick, asked him a question about their marriage bed that only the real Odysseus would know the answer to. He answered correctly, and they were reunited at last.

After winning the contest, Odysseus, Telemachus, and two of his faithful servants set about destroying the suitors who had disrespected him. He advised a few of the better men to leave, but otherwise he and his companions killed every single one.

It was a bloody battle. One priest, who had always objected to the others’ worse debauchery, begged Odysseus for mercy. Odysseus would not grant him clemency, however, as he believed that the priest had prayed to keep him away all those years.

All in all, one hundred and eight suitors fell at the hands of Odysseus, Telemachus, or their faithful servants Eumaeus and Philoetius. There were fifty-two men from Dulichium, twenty-four men from Same, twenty Achaens who hailed from Zacynthus, and twelve who were native to Ithaca.

Later, the family and friends of the suitors who had died declared war on Odysseus. However, thanks to the interference of Athena, they were able to broker a new peace and the bitter fighting ended at last.

Years after returning to Ithaca and having more children with Penelope, Odysseus set out on one last voyage as fated by Poseidon. He was protected by Athena and managed to return home safely despite facing some hardships.

In the meantime, Circe’s son Telegonus had just learned the truth of his father. The enchantress sent the young man to find Odysseus. He landed on Ithaca but did not know where he was and stole several cows.

Odysseus, believing his home to be under attack from pirates, ran out to defend it. Telegonus and Odysseus fought, and Odysseus was struck by Telegonus’s spear, forged by Hephaestus and tipped with the poison of a stingray.

Only after Odysseus lay dying did father and son recognize each other. Telegonus held Odysseus as he died, then took his body back to Penelope. After a period of grieving, Telegonus took Penelope, his adult brother Telemachus, and the other children back to Circe’s island, where the witch-goddess gave them immortality.