Skip to content
Home » Hindu Gods Family Tree: Who is Who? 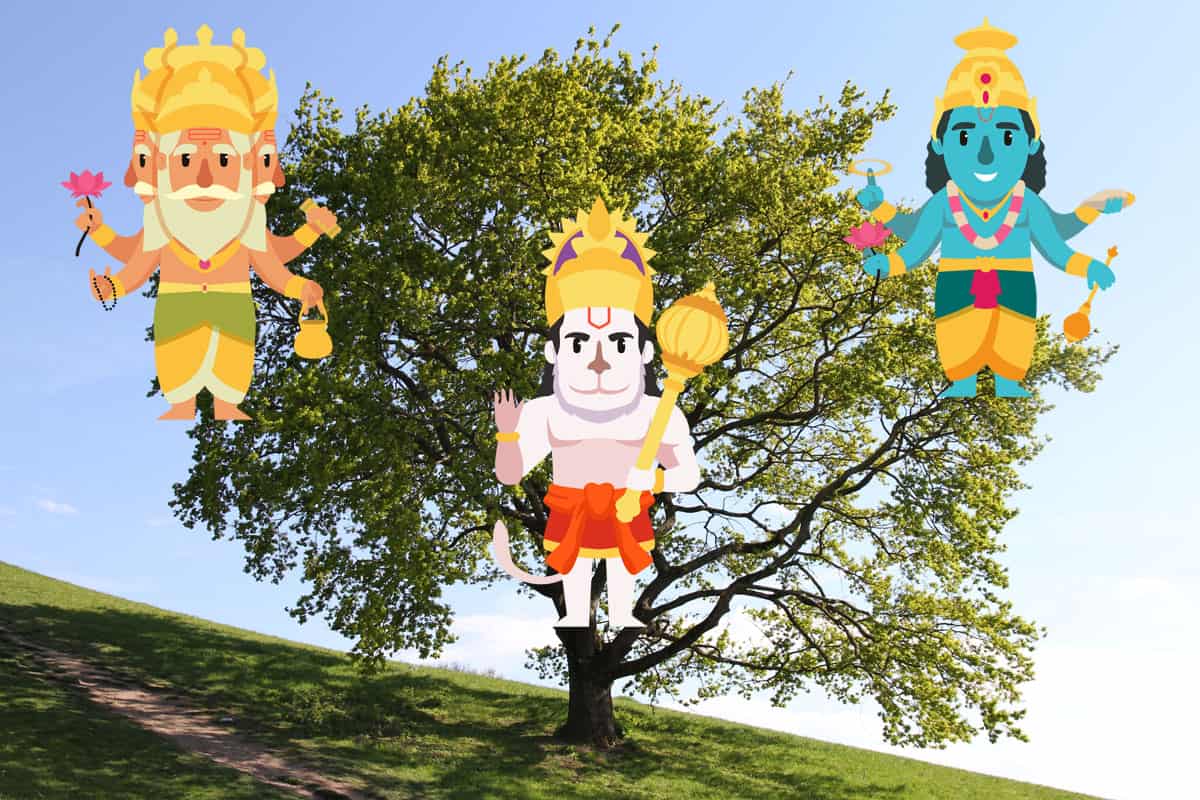 Before getting into this family tree, get one thing clear. Hinduism, or santana-dharma, is over 5000 years old. It is a faith that defies conventional notions of religion. There is no singular scripture and no singular founder or prophet.

There is not even a consensus on what the actual goal followers of the faith should have. Each branch or sect has its own understanding of what that goal is and should look like. The Rig Veda, one of the earliest known Hindu scriptures, explains this by saying ‘The truth is one but the wise speak of it in many ways.’

What is consistent across various sects and lineages is the multitude of deities. Not everyone agrees on who is higher but they all accept the same set of deities.

For the sake of having a clear graph, this family tree is closely aligned with the Shakta sects who hold the Divine Mother or Devi as the highest. With that in mind, let’s get into who these deities are and their relationships with each other.

Who Are the Most Important Gods in the Hindu Mythology Family Tree?

It’s important to note that Hinduism is commonly believed to be pantheists, meaning followers believe that there are many distinct gods and the same playing field. While some sects do abide by that, for a vast majority of Hindus panentheistic is a more appropriate term. This means that they believe in one god and that god manifests in a variety of forms. With that in mind, this family tree positions Devi, or Divine Mother, as that deity. According to Shakta sects, Devi is the primordial deity, the original form, and the one every other deity comes from.

Throughout the Hindu scriptures, Devi has taken on numerous forms and personalities. As Lakshmi, she is the bestower of wealth and abundance in both material and spiritual matters. As Saraswati, she is the goddess of music, creativity, art, and knowledge. As Kali, she is a fierce warrior, the remover of the ego, and fiercely protective of those who worship her.

Enter sets of scripture are dedicated to her the most notable of which is the Devi Mahamyam which describes goddess Durga winning the battle of good and evil against the demon Mahishura.

Hinduism abides by cyclical time rather than linear time. The cycle starts with something called srishti or creation, creation goes through many phases called yugas, before it is all destroyed in a process called pralaya, and then starts all over again. This cycle is believed to be upheld by the Brahma, Vishnu, and Shiva. Each of these deities is tasked with upholding their part.

Brahma is tasked with the phase of creation. Vishnu sustains all that has been created as it goes through its many yugas and when it is time, Shiva comes along to destroy it all.

Hanuman is believed to be an incarnation of Shiva who manifested as the son of Vayu, the wind god. He is also the servant of Rama. In the Ramayana, the Hindu scripture that tells of his story, Hanuman is presented as the perfect devotee and the perfect servant. It is believed that his mission or role is to support followers in achieving their ultimate religious or spiritual goal.

The demigods are a sub-category of deities or divine beings that are tasked with controlling certain aspects of the created world. They are believed to reside in a realm called svarloka and are ruled by the god of the rain and sky, Indra.

Indra appears throughout the Srimad Bhagavatam as a being with pride that Vishnu (or one of his many incarnations) needs to humble. Other demigods include Vayu, the wind god, Surya, the sun god, and Chandra, the moon god.