Skip to content
Home » 16 Facts about Hephaestus: From Fights with Hera to Working with Cyclopes 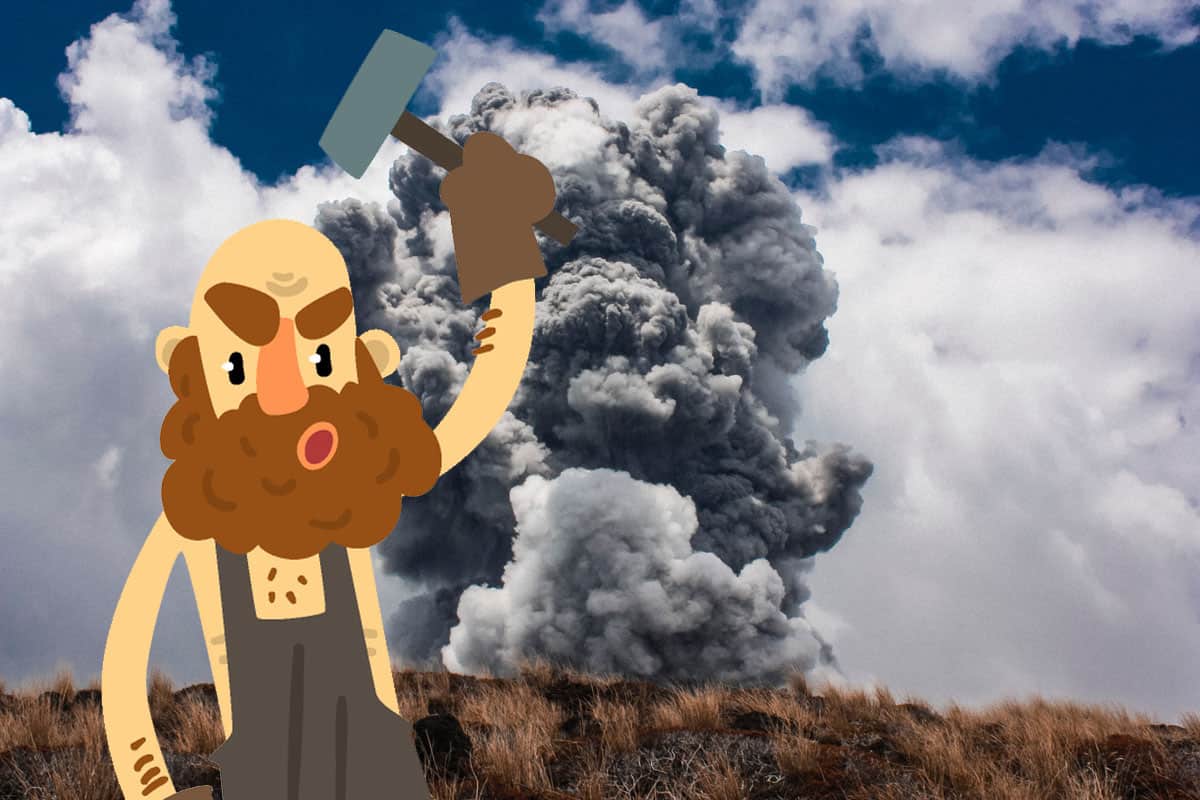 Hephaestus was the Olympian god of the forge fire and the husband of the love goddess Aphrodite. His mother was Hera, queen of the gods, who usually conceived and birthed him without male input – though sometimes Zeus was his father. He was usually one of the younger of the Olympians, but some portrayals actually had him older than his half-sister or cousin Athena.

The following fascinating facts describe some of the most interesting sides of this lesser-known Olympian. They cover his mythology, his importance to Ancient Greek religion, his relationships, and more. You might find yourself surprised!

1. Hera rejected Hephaestus because he was born with a shriveled foot.

She tossed the baby off Olympus and into the sea. In other versions, Zeus was the one to cause Hephaestus’s fall.

2. He had a number of consorts, both mortal and immortal

Aphrodite was his wife, but she was not his only lover in his long immortal life. The following were his consorts and the mothers of his children.

3. Hephaestus’s Roman equivalent name was Vulcan, from where we get the word volcano.

It’s also used for planets in other solar systems in science fiction, most famously in Star Trek, to mimic the naming of our own planets after the Roman names of gods.

4. He was the foster brother of Achilles

In most myths, Hephaestus was raised by Thetis, Achilles’s mother. He later forged the armor of Achilles.

5. Hephaestus publicly shamed Aphrodite and Ares when he caught them having an affair

He captured them, naked, in a net of chains and dragged them to Olympus, where the gods laughed at them. He only agreed to let them go with Poseidon’s interference.

6. He created several critical items for gods and heroes

7. The Cyclopes worked as Hephaestus’s assistants

Brontes, Steropes, and Arges worked alongside Hephaestus. The one-eyed giants were his great-uncles through Gaia.

8. Hephaestus once trapped Hera in her throne

He only let her go when he was promised Aphrodite’s hand in marriage.

9. He trusted Dionysus above all other gods

Dionysus was his friend as he was a fellow outsider thanks to being half-human, and also was expelled from Olympus by Hera for a brief time. Dionysus brought a drunken Hephaestus back to Olympus to free Hera.

10. Hephaestus and Demeter argued over Sicily

There, because of the volcanoes, was one of Hephaestus’s prized workshops.

11. He sided with the Greeks in the Trojan War

However, he also provided some aid to the Trojans, such as when his men saved the life of a would-be victim of Diomedes.

12. Hephaestus had many epithets

The six most common were:

12. Though he was usually younger than her, some interpretations have Hephaestus as the one who freed Athena from Zeus’s forehead.

More commonly, Hera conceived Hephaestus alone as revenge for Zeus birthing Athena from his head without her.

13. According to Virgil and some others, Eros was passed off as Hephaestus’s son by Aphrodite

Eros’s true father was Ares, along with several other of his siblings.

14. Hephaestus was known for his healing powers

His blessed soil and his priests could heal madness, snake bites, and hemorrhaging.

15. He was a male counterpart to Athena

Though Ares and Athena were both gods of different aspects of war, Hephaestus and Athena were seen as counterparts instead. While Athena taught the weaving and cultural art to mankind, Hephaestus taught artisan creation. Both had healing powers and shared a number of temples and feast days.

16. Hephaestus is often shown in a wheelchair or riding on his wheeled tripod automatons

These were to help him find his way around Olympus without having to rely on his weakened legs. It was his way of showing that, with his work, he was the equal of any of the other gods despite his deformity and his mother’s rejection.

Hephaestus was and is still interesting in very different ways while compared to other famous Greek gods, especially his fellow Olympians. Along with Hestia, he’s perhaps the least known of them – but his important beats at the heart of many myths and stories throughout Greek historically blended mythology.