Skip to content
Home » Poseidon and Athena: What is the Difference? 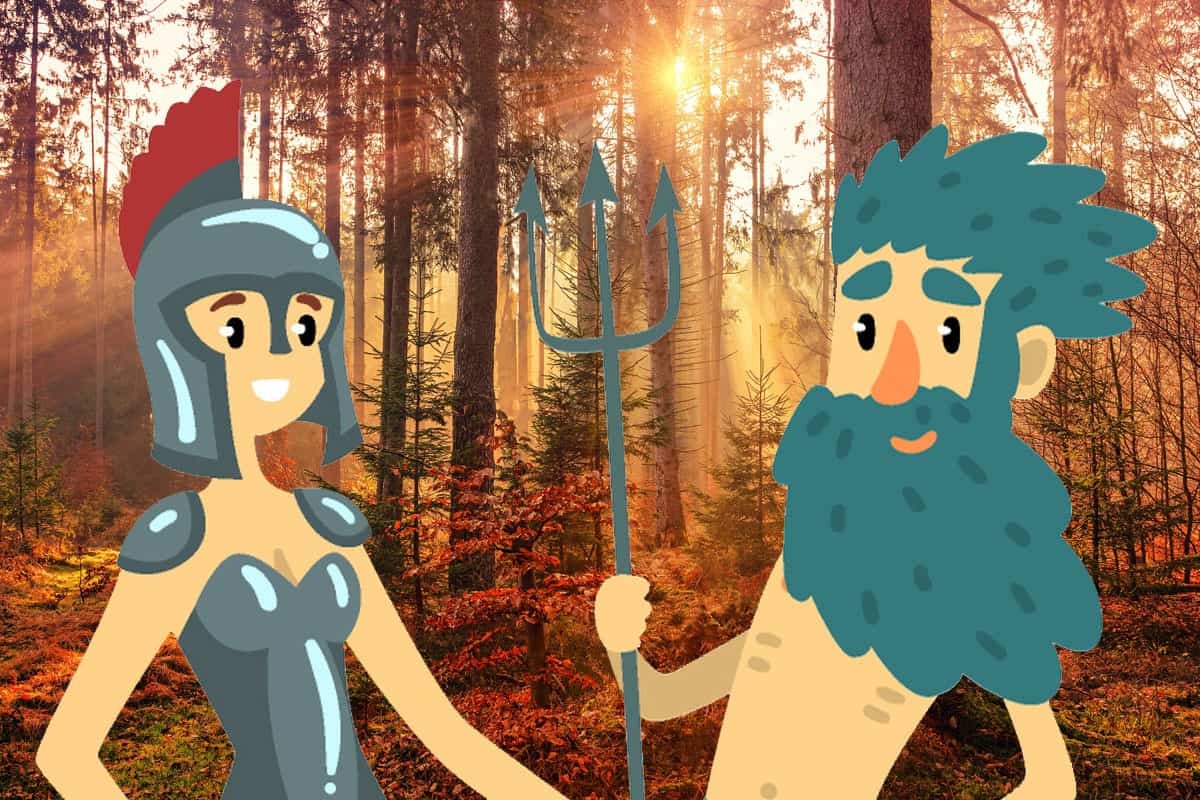 Poseidon and Athena were two of the most well-known Greek gods. He was god of the sea and horses, while she ruled wisdom and strategic warfare.

Poseidon and Athena ruled over very different realms, but their family bond was the reason that they shared many traits. Both were prideful and decisive; both were strong and engaged directly with humanity. However, they were also different. Poseidon’s voracious sexual appetite was one of his defining characteristics, leading to many children both god and mortal. Athena, meanwhile, shunned sex and romance, preferring to focus only on scholarly and military pursuits. They both had complex relationships with Zeus. While Athena revered and Poseidon respected the king, both took issue with some of his decisions and weren’t afraid to act accordingly.

What’s the difference between Poseidon and Athena?

Poseidon was the son of the Titans Cronus and Rhea, and brother to Zeus, King of the Gods, as well as Hades, Hera, Hestia, and Demeter.
His wife was the goddess Amphitrite, who was Pontus’s granddaughter. He also took many women and men as consorts and lovers, including his sister Demeter, the love goddess Aphrodite, his wife’s brother Nerites, and several others. He produced many children with both goddesses and mortal women.

With Amphitrite, he fathered Triton, Benthesikyme, and Rhodos. Some of his most famous children from his various affair included the winged horse Pegasus, the giant Polyphemus, and others.

Athena’s mother was the Titan, Metis, and her father was Zeus, though she was born from only the latter. Her grandparents were Cronus and Rhea from her father and Oceanus and Tethys through her mother. Poseidon and Hades were her uncles, while Hera, Hestia, and Demeter were her aunts.

The wisdom goddess chose to remain virginal, and so she never married nor had any children. Her siblings, nieces, and nephews numbered in the thousands. She was sister to the Olympians Ares, Apollo, Artemis, Dionysus, Hermes, and sometimes Hephaestus. She also had various other mortals and immortals as half-siblings, including Hercules.

Most of Poseidon’s myths surround his rivalries and his conquests. His first role was as an ally and brother of Zeus, when he helped lead the battle while defeated the Titans and established the Olympians as the rulers of the world. For this, Poseidon was given the realm of the sea while Zeus took the sky and Hades the Underworld.

His marriage to Amphitrite happened when he fell in love with her at first sight. Amphitrite was dancing with her sisters, the Nereids, at Naxos. He fell for her immediately. In some versions, he won her heart. In others, she fled from him, and he sent a dolphin after her to persuade her. She returned to be his queen. The dolphin was rewarded by becoming a constellation.

He had an intense rivalry with Athena. The two competed to become the patron god of the city now known as Athens. Poseidon struck the ground with his trident and drew up a fountain of saltwater from the earth. However, the human’s preferred Athena’s miracle – the first olive tree.

As a result, she won the contest. Poseidon responded by trying to block the entrance and exits to the city with rocks in anger and retaliation! Displaying his incredible pettiness and temper, he also sent a flood to the Attic Plain as retribution for the humans making the wrong choice.
Poseidon either raped or seduced Medusa on the floor of a temple of Athena. Athena punished Medusa and her sisters Stheno and Euryale by transforming them into the hideous monstrosities known as the Gorgons.

Poseidon was not punished for what he did to Medusa. His actions resulted in her pregnancy, and after she was killed, his sons Pegasus and Chrysaor emerged from her neck. Pegasus then became a servant of the gods and demigods.

Athena was Zeus’s favorite child, mostly because he birthed her himself! Her mother Metis was the first wife of Zeus. While Metis was pregnant, Zeus heard a prophecy that his child would overthrow him and so swallowed his wife. Athena was born of Zeus, fully-grown and armored, from his forehead.

The goddess was also known as Pallas Athena, and the story of how she got the name was fairly tragic. Pallas was the daughter of Triton, son of Poseidon. She was Athena’s second cousin and also her closest friend. The two were inseparable, but one day during a friendly sparring match, Athena accidentally killed Pallas. In her grief, she took the name as her own in tribute. There are also several other myths surrounding the name.

Athena was known as a helper to great heroes. She aided Perseus in his quest to slay Medusa, aided Odysseus at sea, and granted boons to Hercules throughout his Twelve Labors. Athena was a very protective goddess, and to have her blessing was to have a shield against the worst threats. In return, Perseus delivered her Medusa’s head as a gift, and Athena mounted it upon her shield.

She could also be vain as well as wise, however. Her ire at losing a beauty competition to Aphrodite, along with Hera, directly led to the Trojan War! Paris, the human judge, was a man of Troy and Aphrodite granted him the love of Helen. In their outrage, Athena and Hera sided with the Greeks during the war.

Athena’s major rival was her brother Ares. Both represented war but often clashed, as Ares’s version of war was dependent on death, chaos, and bloodlust, while Athena’s was strategic, organized, and militaristic. The two fought directly against each other during the Trojan War and on many other occasions.

Poseidon and Athena were often competed despite their different spheres of operation. Their similarities were stronger than people might initially see. They shared a family bond of power and pride and both were dedicated to their own approach.

Athena and Poseidon’s myths are often tied up with the other, and they approach the same issue from different sides. Perhaps, then, though very different, they were two sides of a coin.