Skip to content
Home » Aphrodite and Persephone: What is the Difference? 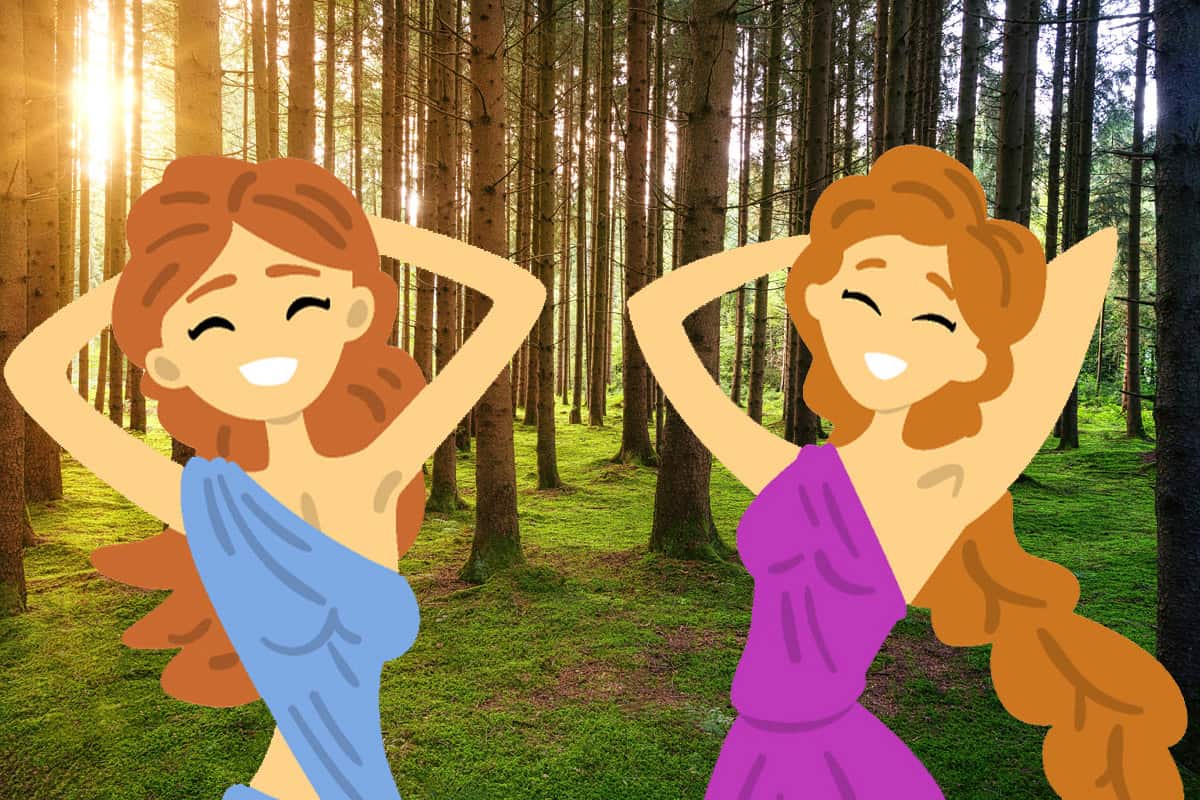 Aphrodite and Persephone were both significant goddesses in the Greek pantheon, bonded by their love for the mortal Adonis.

But how did these two goddesses compare?

Apart from their love for Adonis, there at first seem to be few similarities between these two goddesses. Persephone had a happy marriage with Hades while Aphrodite never loved Hephaestus and had many affairs beyond Adonis. However, under the surface, the two have more in common. Both were in marriages arranged by Zeus for his convenience. Both were also passionate, and while Aphrodite’s was more obvious, both carried jealous pride.

What’s the difference between Aphrodite and Persephone?

Aphrodite came to exist because of Uranus’s cropped genitals; they landed in the sea and then became foam that Aphrodite rose out of. As a result of that, she was a sibling of the Furies and the Titans, as well as other children of Uranus. Her mother was the sea personified, Thalassa (which means sea in Greek), who was mother to every sea creature, making Aphrodite a sister to them as well.

There is an alternate version in Homer’s Iliad, in which her father is Zeus and her mother, Dione.

Aphrodite was Hephaestus’s wife, but she also had a plethora of lovers. She had several children, none of which were with her husband, although Eros was passed off as his child, instead of Ares, who was his actual father. Ares was also her most well-known lover, with Adonis being the second most famous. A lot of her children are also famous, some of them being Eros, as mentioned above, Hermaphroditus, Phobos, Deimos, Pothos, and Priapus.

Persephone’s mother was Demeter while her father was Zeus. She had many divine and mortal half-siblings including most of the Olympians and heroes like Hercules and Perseus through her father. Through her mother, her siblings included Despoina and Arion.

Persephone was married to Hades, who was also her uncle. The couple had at least one son, Zagreus. Melinoë and Plutus were sometimes also their children. Makaria was either Persephone’s daughter or step-daughter. Her other full-blooded aunts and uncles were Poseidon, Hestia, and Hera.

Her grandparents were the Titans Rhea and Cronus, and her great-grandparents Uranus and the primordial being Gaia.

Aphrodite’s power was that she could make anyone fall in love. Her myths usually revolve around her anger, her jealousy, and affairs that she had or helped initiate! Even though she was married to Hephaestus, that wasn’t by choice but because Hera arranged it. Aphrodite never loved Hephaestus; her true love was Ares, something Hephaestus was highly displeased with.

Hephaestus forged a net so that he could catch Ares and Aphrodite in the act. When he succeeded, he dragged them in front of the council of the Gods in Olympus to shame them.

Her vanity was one of the direct causes of the Trojan War: She, Athena, and Hera competed against each other about who was more beautiful. They made Paris choose, and he picked Aphrodite, offering her a golden apple and calling her fairest of the gods. Aphrodite rewarded him with the love of Helen, Menelaus’s wife (who came to be known as Helen of Troy). This is considered the cause for the Trojan War, which Helen’s husband waged so that he could win her back.

Aphrodite cursed the mortal Myrrha to become a tree because she claimed to be more beautiful than the goddess. Myrrha, even though she remained a tree, gave birth to a son, Adonis. Aphrodite found the baby and took him to the Underworld for Persephone to nurse him.

The two goddesses constantly argued about who loved him the most. The matter was only resolved when Zeus ruled that Adonis should spend four months of the year with each goddess and the remaining four with the one he preferred. Adonis chose Aphrodite, and they ended up loving each other deeply. The goddess favored Adonis most than all of her lovers. He ended up dying after being was gored by a boar while he was hunting. In some versions, the boar was sent by Ares, who was jealous of the bond Adonis shared with Aphrodite. In other versions, Artemis sent the boar.

When Aphrodite found Adonis dying, she held him in her arms until he died while she wept. Wherever Adonis’s blood spilled, anemones sprouted.

Persephone was a goddess of Spring and flowers, and she was abducted by Hades with the permission of Zeus and to the fury of her mother. While in the Underworld, she ate six pomegranate seeds, which bound her to the realm. Her initial consent for the marriage is still debated by classicists!

More than any other major goddess in Greek myth, she was always portrayed as her husband’s equal. In the Underworld, she ruled by Hades’s side as Queen. That did not mean that she was without jealousy! Hades’s eyes did not wander often, and he only loved two other women than Persephone. One lived out her life with him in the Underworld, but the other, Minthe, was turned into a mint plant by a jealous Persephone.

Persephone fostered and raised Adonis and wished to keep him once he grew into a handsome young man. As mentioned above, Zeus sorted this feud with Aphrodite, and Adonis chose the love goddess as his main affection.

The Queen of the Underworld was also known for her kindness. One of the ways in which Sisyphus cheated death was by orchestrating a lie wherein his wife had disrespected and desecrated his body. He complained to Persephone, who thought it only fair to allow him to return to the surface. Hades was furious that his wife had been tricked, and this was one of the reasons that Sisyphus was punished more than almost any other Underworld soul.

Persephone and Aphrodite shared a certain allure, but their roles and personalities were very different. While they were bonded by their love for Adonis, the two served different realms and had different personalities.

For Aphrodite, Adonis was one of a number of consorts to win her love over her unhappy marriage with Hephaestus. For Persephone, though, Adonis was more of an exception – she and Hades had a happy, equal marriage.