Skip to content
Home » Gnomes vs. Dwarves: What is the Difference? 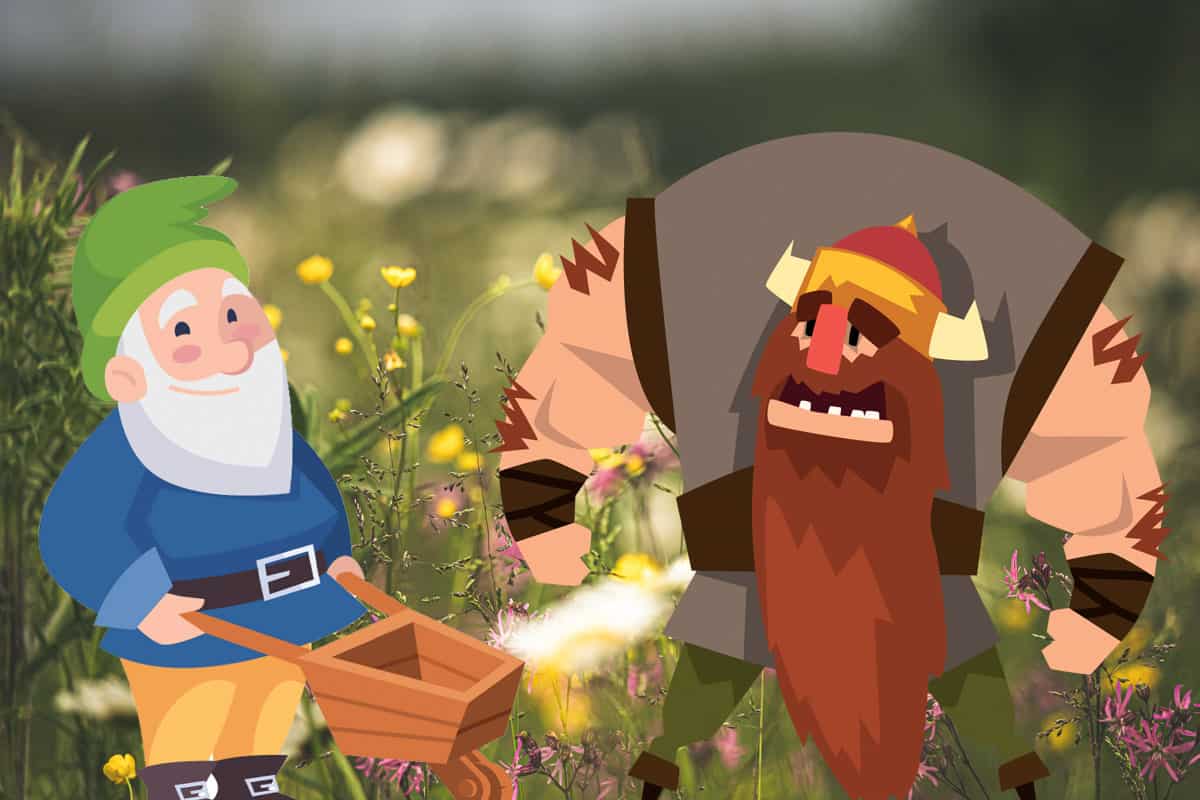 Gnomes and dwarves are both small mythical creatures with human-like features, so it’s no surprise that they often get confused for each other. However, there are some notable differences.

Gnomes are small, ugly, humanoid creatures from the Renaissance period. They are antisocial, and their powers are associated with the earth. Dwarves are short and human-like beings who originate from Norse mythology. They are wise, friendly, and talented craftsmen who can create magical objects.

Keep reading for explanations of the differences between gnomes and dwarves, a description of where they live, and an explanation of their place in contemporary culture.

What are the Differences between Gnomes and Dwarves?

Although there are some similarities between gnomes and dwarves, they are distinctly different creatures.

The following table summarizes the differences between gnomes and dwarves in their origin, appearance, powers, and personality:

The rest of this article will explain these differences in detail and explain the place of both creatures in pop culture today.

Dwarves, however, originated in Norse mythology and came into existence when Odin and his brothers made the world from the corpse of Ymir. They are described as spontaneously emerging from the giant’s dead flesh, after which they were blessed with intelligence by the gods.

Gnomes and dwarves are very similar in appearance, though there are some differences.

Gnomes are described as small, humanoid creatures who wear tall, conical caps and dress in solid colors. They have white skin and are usually shown with long, white beards. Most appear to be old in age.

The powers of gnomes have to do with the earth. One of their powers is their ability to move through the earth as easily as other creatures walk on top of it. Paracelsus described them as possessing all the supernatural energies associated with all stones and minerals on earth. In some myths, gnomes turn to stone if they are touched by the rays of the Sun.

The powers of dwarves have to do with their craftsmanship. Myths suggest that they can forge magical items, such as rings and swords. In Norse mythology, dwarves created some of the most important magical items of power, including Mjolnir, the hammer of Thor.

Gnomes are known to be antisocial and reluctant to interact with people, which is why they choose to live underground. Extremely reclusive gnomes are even known to be harmful to humans.

Contrastingly, legends show dwarves as being kindly creatures who are generous to humans who please them. They even occasionally help in agricultural work, as they are wise and know the ways of the land.

Where Do Gnomes and Dwarves Live?

Gnomes are known to live in dark places, particularly underground, although some are said to live in forests or gardens. Similarly, dwarves prefer to live underground or in the mountains, which is how they earned their reputation as miners.

Gnomes are perhaps most well known for their place in gardens, as garden gnome statues are popular in Germany, France, England, the United States, and several other parts of the Western world. Sir Charles Isham started this tradition in the United Kingdom in 1847 when he placed the statue of gnome in his garden, hoping that it would protect the minerals in the land.

Looking for your own garden gnome? I like this Findful Garden Gnome Statue from Amazon.com. It’s decorated with solar lights, so it will stand out without you having to install any wiring.

Gnomes are also well known for their place in role-playing games, including RuneScape, Dungeons & Dragons, Everquest, and World of Warcraft.

Dwarves, on the other hand, grew in popularity thanks to their part in the fantasy fiction of JRR Tolkien (often referred to as the father of modern fantasy literature). Most modern-day views of dwarves come from Tolkien’s interpretation of the Norse myths. Dwarves in Tolkien’s world live to around 250 years old, and the female dwarves have beards just as the men do.

If you’re looking for an introduction to the world of Tolkein, I recommend this J.R.R. Tolkien 4-Book Boxed Set from Amazon.com. It includes all of his best-known works – The Lord of the Rings trilogy and The Hobbit.

There are some similarities between gnomes and dwarves, such as their appearance and their dwelling places. However, there are important differences that differentiate them as distinct creatures, including their origins, powers, and personalities.