Skip to content
Home » Perseus Saves Andromeda: The Story Behind the Greek Myth 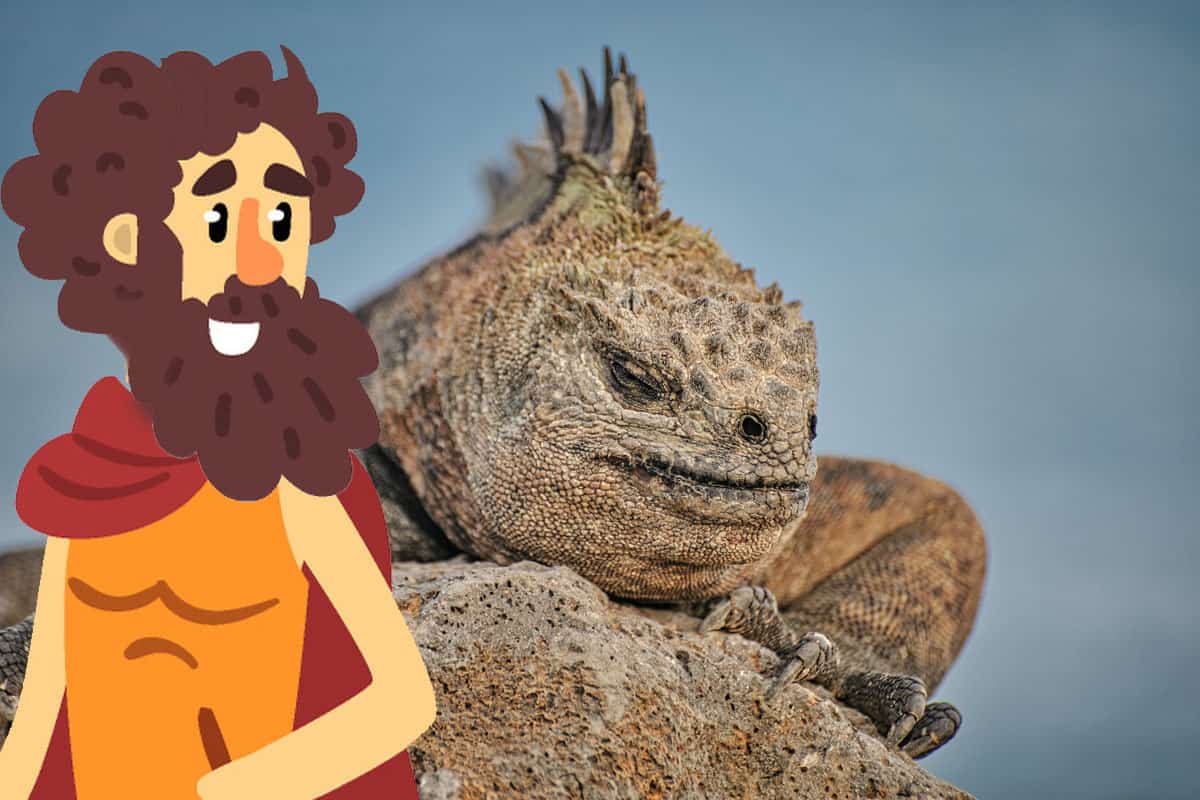 A common story of Greek mythology is that of a hero saving some beautiful women from a monstrous beast.

This type of story is told and retold in so many forms across the Greek myths. But to tell you the truth, one of my favourite of the lesser know stories is that of Perseus and his rescue of Andromeda. So, lets dive straight in, how did Perseus save Andromeda?

As a gift for the King Polydectes, the Greek hero Perseus had been tasked with the killing of Gorgon Medusa and bringing back her head. Upon killing Medusa, Perseus was flying back to Greece using his winged sandals and while passing over Palestine he spotted the beautiful Princess Andromeda chained to the rocks below. She was to be eaten by a great sea monster sent by Poseidon. Perseus fought the beast and using the head of Medusa turned the monster to stone.

What Is the Story Behind Andromeda, Cepheus, Cassiopeia and Perseus?

In order to better understand the story behind Andromeda, Cepheus and Cassiopeia it is best to introduce the main characters in a bit more detail first.

So, lets begin. The King of Argos, Acrisius, caught wind of a prophecy, that he would one day be killed by his grandson. He only had one daughter, so he locked her away and stopped her from having any contact with anybody from the outside. The king of the Olympian gods Zeus had other plans, one day he made his way into the room of Danae and made love to her. Nine months later, Perseus was born. Not wanting to anger Zeus, Acrisius threw both Danae and Perseus into the sea figuring that if they were to die then Poseidon and not he would be blamed.

Zeus, conspiring with his brother Poseidon, ensured that the seas transported Danae and Perseus to the island of Seriphos, 100 miles south of Athens, where they met the friendly fisherman Dictys. Here, Perseus grew into a strong and handsome young man. The king of Seriphos, Polydectes, became interested in Danae and ruthlessly pursued her until Perseus had to intervene and defend her. Polydectes grew angry and vowed revenge. He chose another wife, but and as a wedding gift demanded the head of Medusa from Perseus, something her know to be an impossible feat.

To aid Perseus in his venture he was given some winged shoes and a sword by Hermes and a bronze shield by Athena. Anyone who looked into the eyes of Medusa was turned to stone. So, Perseus used the reflection in the bronze shield to search for Medusa and when he found her he was able to chop off her head. Having put the head in a bag he started his homeward journey. This is when we meet Andromeda.

On his way back he spotted Andromeda chained to some rocks next to the sea. Her mother had made the claim that she was more beautiful than the ocean nymphs called Nereids. This had greatly angered the Olympian god of the sea, Poseidon. He decided to unleash a terrible sea monster on the kingdom of Joppa. The king of Joppa, not knowing how to deal with the beast, sought the advice of the Oracle. This oracle told him that he should sacrifice his daughter Andromeda to the monster. This way, the monster would then leave. This is how Andromeda ended up chained to the rocks awaiting the sea monster.

Perseus, enraged by the story, decided to fight the sea monster. He used his winged shoes, and bronze shield and his sword to fight off the beast, but it wasn’t enough. As a last option he reached into his bag for the head of medusa. He pulled out the head and directed the eyes towards the sea monster. The sea monster was instantly turned to stone. This Andromeda was saved by Perseus. Cepheus  was so happy at the killing of the great monster, that he allowed Perseus to marry Andromeda.

What Happens to Perseus and Andromeda?

Perseus and Andromeda are married in Joppa and they spend a year together there. But, eventually, Perseus feels that he should return to Seriphos. When he arrives back he finds that his mother is to be married to King Polydectes against her will. The king is surprised to see Perseus again and orders his guards to kill him. Perseus takes out the head of Medusa and shows the advancing soldiers. The soldiers along with Polydectes are all turned to stone. He is then able to free his mother.

The fisherman Dictys becomes King of the island and Perseus, Danae and Andromeda decide to return to Argos hoping to reconcile with his grandfather Acrisius. On his way there Perseus learns of some great games being held in the city of Larissa. Being the competitive warrior that he is, he takes part in the discus. He throws the discus with all his strength and the discus fly completely out of the stadium and off into the clouds. The discus eventually comes down to earth, crashing into an old man walking along the road nearby. The old man is in fcat the the King of Argos, Acrisius. And so the prophecy came to be completed.

Did Perseus Have a Happy Ending?

According to mythology, Perseus lived to a very old age. Perseus and Andromeda had a grand total of six children – Alcaeus, Heleus, Sthenelus, Elios, Gorgophonis and Electryon.

When Perseus did eventually die, unlike most people he wasn’t sent down to Hades. Instead, along with his wife and her parents, he was placed into the sky by the gods as a constellation.

Perseus is often said to be the 1st of the 7 great heroes of Greek mythology. He therefore has an important place in the sequence of the great myths and I think that with this in mind he did have a happy ending.

What Are Some of Perseus Powers?

In line with many of the Greek myths, the central hero has both physical abilities and the help of mythical tools. This is also the case in the myths of Perseus. What follows are just some of these abilities, tools and powers.

Where Does Medusa’s Head Finally End Up?

The head of Medusa was one of the more powerful and potent super weapons of Greek mythology. It spent a lot of time with Perseus after he killed Medusa, being used to kill and destroy many of his enemies. Some of the significant victories include against the sea monster and when Perseus encountered the titan Atlas. But, where does Medusa’s head finally end up?

Well, in Greek mythology it is said that Perseus returns the bronze shield, which he used to defeat Medusa, along with her head to the Olympian god Athena. It is then said that Athena incorporates the power of Medusa into the shield and from this point on the shield bares the face of Medusa. Athena can then wield the shield in battle against her enemies.

So, there you have it. That is the story of how Perseus saved Andromeda. Perseus is famed for many such tales and this is by no means the only one worth finding out about. I recommend diving further into the tales of Perseus.