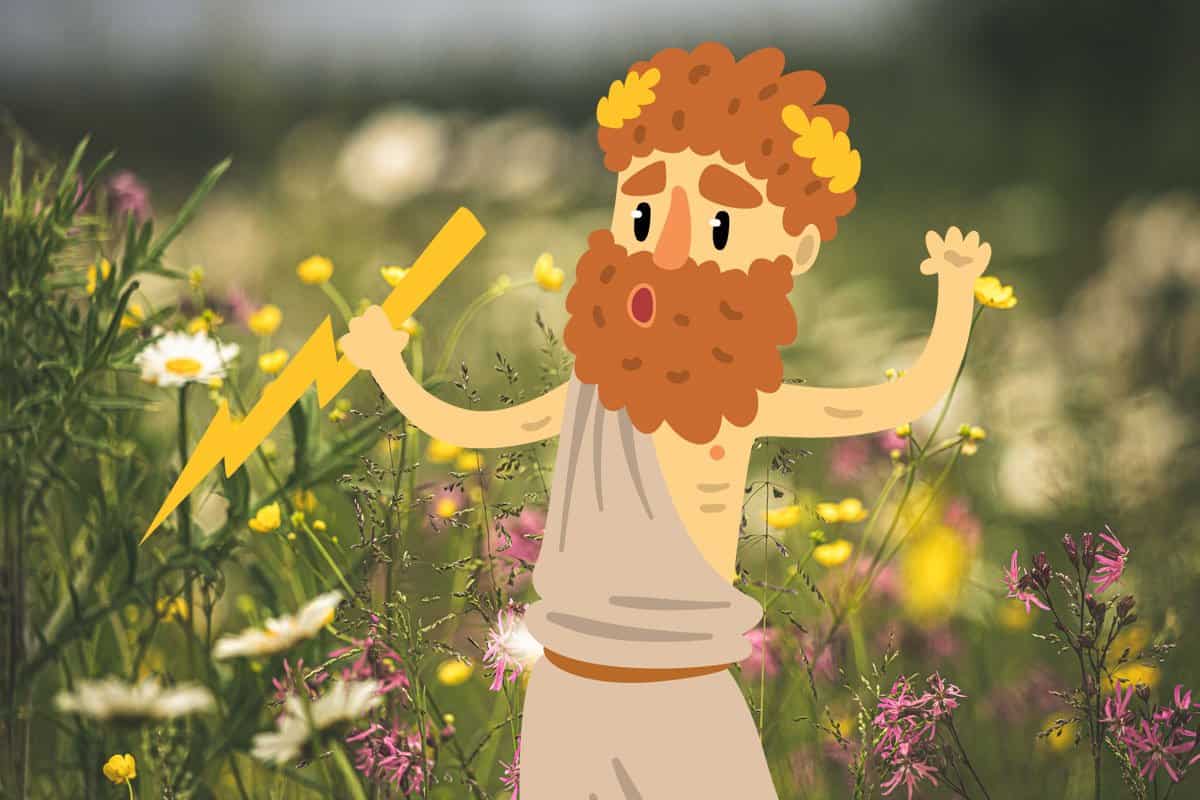 Asking hypothetical questions is always fun, and it’s a great way to spend downtime with friends. Among the most popular hypotheticals are those that compare two diametrically opposite things, such as whether you’d choose to go backward or forward in time. You can also ask hypotheticals about two figures from myth and fiction – such as debating whether Godzilla is stronger than Zeus.

Godzilla is a fictional Japanese monster (kaiju) that first appeared in 1954 in the Toho film Godzilla and has since appeared in numerous types of media. Zeus is the king of the gods in Greek myth. In the Godzilla comics, Godzilla is the stronger of the two – however, this can be debated.

In this article, I’ll compare these two figures in greater detail, looking at their origin, appearance, powers, and personality. I’ll also look at which of the two is stronger.

In Greek mythology, Zeus is the king of the gods. He is the son and youngest child of the Titans Cronus and Rhea and the god of the skies, thunder, and lightning.

Cronus was told of a prophecy in which his son would one day overthrow him. This led to him consuming each of his children when they were born. By Zeus’s birth, Rhea was grief-stricken and managed to save her youngest son by smuggling him out of the castle.

When grown, Zeus rescued his siblings – Hestia, Hades, Demeter, Poseidon, and Hera – and waged war against his father and the other Titans. The gods were victorious, and Zeus was crowned the king, following which he married his sister Hera.

Godzilla is a kaiju – that is, a giant monster – originating from Japanese films. It was created by the film studio Toho and was originally a prehistoric monster awakened and powered by nuclear radiation from the attacks on Hiroshima and Nagasaki and other nuclear tests.

It has since featured in video games, comic books and novels, 30+ films (both Japanese and Hollywood), TV shows, and more. It has been featured in several crossovers with other well-known franchises, including King Kong and Marvel Comics.

In some versions, it is not a prehistoric creature but rather a modern-day animal mutated due to exposure to nuclear radiation.

Zeus, like the other Greek gods, resembles a normal human. In art and sculpture, he is generally depicted as being an older man, as appropriate for the king of the gods. He usually has a beard and tends to be accompanied by at least one of his two main symbols, the eagle and the lightning bolt.

Like other Greek gods, Zeus has control over his domains: the skies, lightning, and thunder. He is also well-known for being a shapeshifter, and this skill is frequently mentioned in stories about his many affairs.

Aside from changing his own shape, he can alter the shape of other beings, such as turning his mortal lover Io into a cow. Furthermore, he has a level of control over the other gods – as he is the king of the gods, they often have to obey him, and he can grant the gods their domains (such as giving his daughter Artemis power over childbirth and the mountains).

However, it should be noted that Zeus is not all-powerful. The other gods can – and do – disobey him, and in some stories, when the rest of the Greek pantheon works together, they can defeat him. That said, in terms of Greek mythology, Zeus is undoubtedly the strongest god and is the god that is closest to omnipotent.

Godzilla’s main power is having atomic breath, which allows it to project a beam of concentrated radioactive plasma from his throat and mouth. He absorbs this radiation from the radioactivity of his surroundings and stores it in his dorsal fins, which glow as he releases this power. This power can become “superpowered” when Godzilla is stressed or has absorbed more energy than expected and hasn’t been able to “purge” it.

As part of its ability to project a radioactive beam, Godzilla can also absorb energy of all types, transforming it into power for its beam. Furthermore, it is extremely strong and durable and has super stamina and regenerative healing factor. It can breathe and live underwater at depths impossible for humans to survive.

In some portrayals, Godzilla is powerful psychic powers, can sense danger, and communicate with other kaiju telepathically. Additionally, it has some intelligence, especially when it battles with other kaiju. However, this level of intelligence differs depending on the media in question and is not always equal to human intelligence.

Zeus is depicted as being just and fair – but, like other Greek gods, he is also capable of extreme wrath and cruelty, especially if he is angered or otherwise crossed in any way. Among other things, stories show him sentencing people to be tortured for all eternity (Prometheus), eating his wife (Metis), and wiping out humanity by getting Poseidon to flood the world, saving only Deucalion and Pyrrha.

Godzilla is exceptionally destructive, though this is usually unintentional and as a result of its immense size. In fights with other kaiju, it generally supports and defends humanity and is usually shown as being either an anti-hero or a neutral force of nature. However, because of how alien it is to humans, it is difficult for humans to grasp its true personality.

In the Godzilla: Rage Across Time comics, Godzilla is shown as defeating all the Olympian gods except Zeus, who fights it with lightning and beat it. However, it managed to drain his godly powers, leaving him weak and powerless. Years later, it would reappear in Rome, killing Zeus and causing Mount Vesuvius to erupt.

However, given the Zeus of myth is undoubtedly more intelligent than Godzilla and is shown as having more powers than in the comics (including magic), he would almost certainly win in a battle between the two.