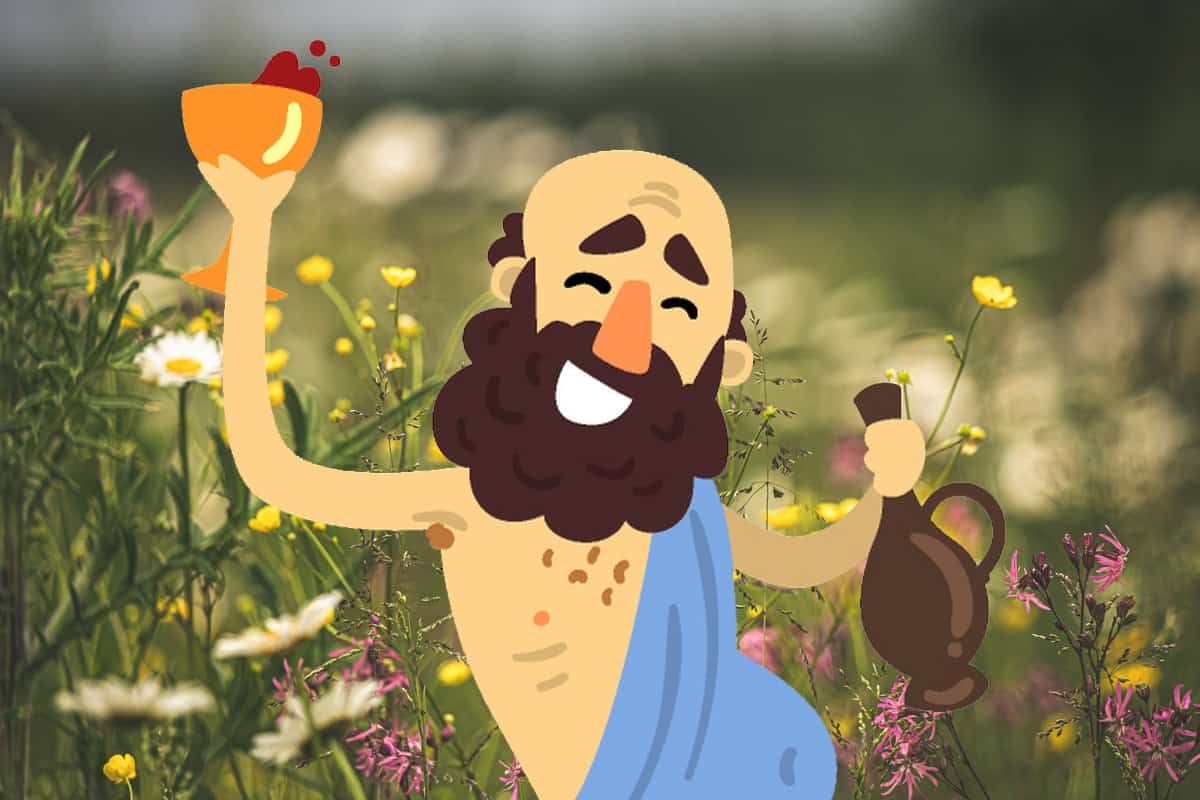 Dionysus was the god of the vine, fertility, revelry, wine, ecstasy, and more! He was the youngest of the Olympians and he shared the seat of power with his aunt, Hestia. Dionysus’s parents were Semele and Zeus, though he was raised by nymphs, his Titan grandmother Rhea, and his maternal aunt, Ino.

The following facts about Dionysus are just a few glimpses into an extraordinary and unique member of the Greek pantheon. Some facts may be well known, but others might take you by surprise. Amongst these facts are several alternate versions of stories surrounding this cult figure.

Dionysus’s mother was Semele, a human daughter of the hero Cadmus and the goddess Harmonia. Unlike Zeus’s other offspring with mortals, Dionysus had full godhood from birth and became an Olympian.

2. He was birthed from Zeus’s thigh

A jealous Hera tricked Semele into seeing Zeus’s true form. This killed her instantly. However, Zeus saved the infant from her womb and sewed him into his own thigh. There, Dionysus completed his gestation and was born a few months later.

3. He spent his childhood passed between caretakers

Zeus gave the child Dionysus to Hermes, who ferried him to foster families. The first group were river nymphs, but Hera drove them mad and they tried to kill him. Hermes rescued the baby and took him to his aunt, Ino. She was also cursed by Hera. Finally, he was taken to his grandmother, the Titaness Rhea. Chiron and Silenus were also his foster fathers and teachers.

4. In Orphic myth, there are two or even three versions of Dionysus

The first Dionysus, Zagreus, was the son of Persephone and Zeus, who was the same god as Hades in Orphic mythology. After Zagreus’s death, he was reborn as the Olympian Dionysus. Later, Dionysus had a son, Iacchus, who was born to be the third Dionysus.

His entire retinue, the Thiasos, was made up of nature spirits, nymphs, gods, and even the ancient nature deity Pan. However, the main group were the Maenads, human women driven mad by ecstasy, who danced, drank, and performed many rituals.

6. Dionysus was captured by pirates. Twice.

The first time, sailors mistook him for a prince and intended to sell him to slavery or ransom him off. They tried to bind him but the ropes all fell away. Dionysus turned into a large lion and summoned a bear to kill all the sailors but the one who had protested. Those who jumped overboard were turned into dolphins.

The second time, he hired a pirate ship to take him to Naxos. The pirates double-crossed him and tried to sell him into slavery in Asia. Dionysus turned their mast and oars to snakes and filled their ship with music that drove them insane and vines that wrapped around their legs. The mad sailors jumped overboard and were turned into dolphins

7. Dionysus’s wife was Ariadne, the daughter of Minos and half-sister of the Minotaur.

Dionysus found Ariadne where she had been abandoned on Naxos by Theseus while she was asleep. The woman was heartbroken, but Dionysus rescued and took care of her. The two eventually fell in love and were married, having many sons.

8. Dionysus brought his mother, Semele, back from the Underworld

As an adult, he travelled to the Underworld and overcame the dread beast Cerberus with the help of his half-brother, Heracles. After he found Semele, he rose out of the waters with her and the two ascended to Olympus. There, he got Zeus’s permission to grant Semele godhood, and she changed her name to Thyone.

Dionysus wanted to reward the king for protecting his foster-father, Silenus. When Midas asked that everything he touch be turned to gold, Dionysus begged him to choose another boon. However, Midas insisted. Dionysus granted his wish.

When Midas’s daughter embraced him, she turned to gold. His food also turned to gold. He prayed to Dionysus to save him from starvation. Dionysus complied and sent him to wash in a river, and the gold became sand.

He was the first person to squeeze and ferment the juice of grapes to make wine. In some stories, the first wine was from the lifeblood of Ampelos (see below). Dionysus traveled Asia, teaching the people winemaking, before returning triumphant to Greece.

11. Dionysus turned his lover, Ampelos, into a vine

Ampelos was a companion and later lover of Dionysus. He died young, either by falling while gathering vines or by insulting the goddess Selene who sent an animal to kill him. Dionysus wept, then transformed Ampelos’s body into the first grapevine that produced wine.

12. He was briefly raised as a girl

Hera sent madness to all who cared for Dionysus. As a way to protect him, when he was being raised by Ino, Hermes warned her to raise the child as a girl. This hid him for a while, but Hera eventually found him.

12. He fathered children with another Olympian

With Aphrodite, he was the father of Priapus and possibly also the Charites or Graces.

13. He was maddened and made to rape Aura, fathering Iacchus

Artemis was angry at Aura and, with the help of Nemesis, arranged for her to be raped. This was the chosen punishment as Aura was a virgin who spurned all sex and love. Dionysus lost his mind at Nemesis’s touch and drugged Aura with wine. He raped her while she slept. She bore his twins, then killed herself.

14. The phallus was one of Dionysus’s symbols

15. The Dionysian Cult had several mysteries which ruled its members lives

The rituals performed by its followers were kept secret. They often involved alcohol, hallucinogenic use, parties, dancing, ecstasy, and other indulgent frivolities.