Skip to content
Home » Why Did Ra Have a Falcon Head? 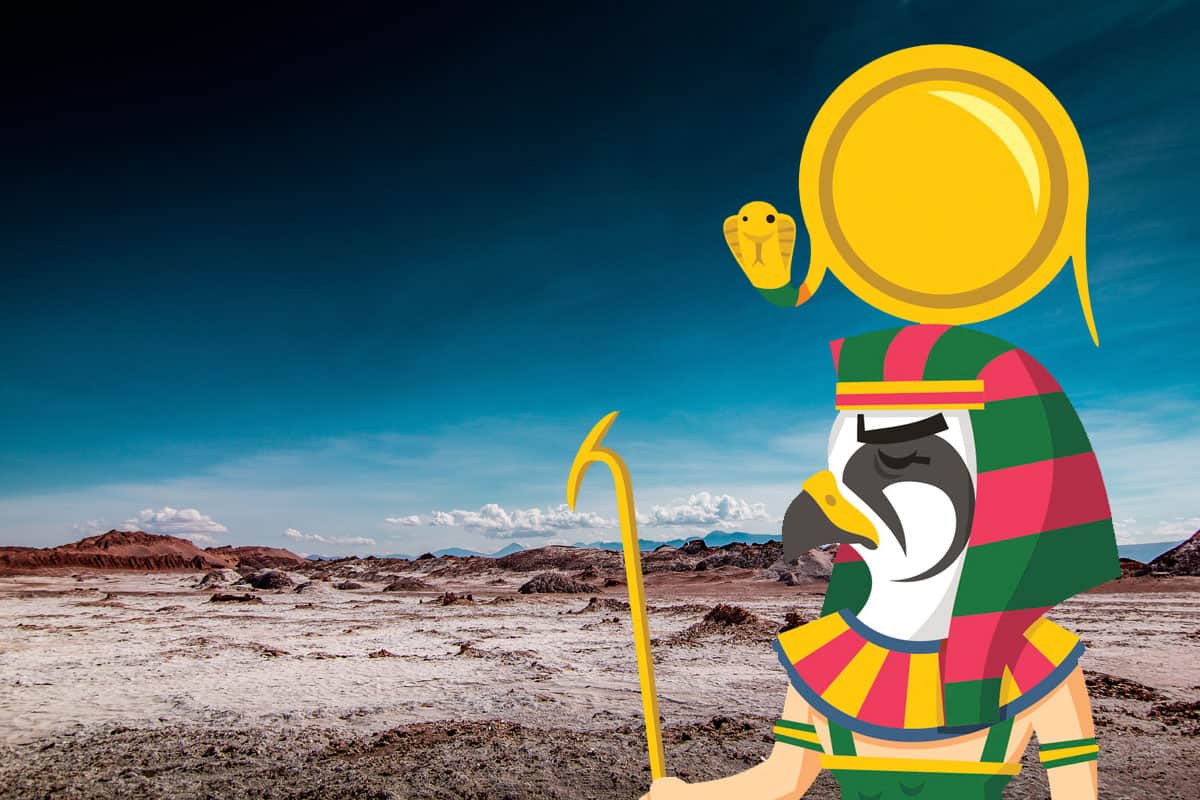 Many Egyptian deities are depicted with animal heads, one of which is Ra. This ‘unique’ feature has led many people to ask: Why does Ra have the head of a falcon?

Ra has a falcon head because the falcon was the traditional symbol for sun-gods. The bird, which is known for flying to great heights, is impressive and represents the divine power of these deities. Falcons were also considered to be regal or “kingly.”

Are you interested in learning more about Ra and his falcon head? I’ve compiled some interesting facts about the sun-god below.

Why Ra Is Depicted With a Falcon Head

Ra, like other Egyptian sun-gods (such as Horus), is often represented by the falcon. This symbolism is said to be related to the bird’s kingly presence and ability to fly high.

Other Forms of Ra the Sun-God

Although Ra is famous for his falcon head, he takes on other forms too. He’s also depicted as a half-man, half-ram deity.

At other times, the sun god is depicted as being a half-man, half-beetle deity. In this form, he’s known as Ra-Khepri or ‘the one who comes to being.’ As with most of his appearances, Ra as Ra-Khepri wears a prominent solar disc.

Apart from his three animal representations – falcon, beetle, and ram – Ra is also symbolized by the following:

The Many Names of Ra

Ra, which literally translates to the word sun, is the first god.

As one of the oldest Egyptian deities, he’s depicted as someone who rides his bark/barge. Also known as the Madjet, he rides it in the heavens during the day.

During midday, he’s Amun – which is symbolized as a plain sun disc.

By sundown, he’s Atum or the evening sun. He uses his barge (now known as Semektot) to make his way to the underworld during this time.

Here, he encounters Apophis or Apep. This serpent works to stop the sun (Ra) from rising – in his bid to end life on earth.

In the later dynasties, Ra was assimilated with Horus – thus his other name, Ra-Horakhty.

Also known as ‘Horus of the Horizon,’ he appears at the eastern horizon every dawn. In this falcon form, he wears his iconic solar disk, which has the serpent Uraeus wrapped around it.

The Origins of Ra

Like the sun he represents, Ra is the creator of all life. He’s believed to have risen from the ocean amidst the chaos. At that moment, he created not only himself, but eight other deities as well.

Egyptians believe that humans come from his sweat and tears – which is why they call themselves “Cattle of Ra.”

Ra has a falcon head, similar to other Egyptian sun-gods. This is because of the bird’s kingly majesty and ability to fly high, which are just some of the many characteristics expected of a god.

As the sun god, Ra represents creation – the bringer of all life.

In the later years, Ra was assimilated to Horus, another sun god. This gave rise to Ra’s other persona, Ra-Horakhty, who is a falcon with a solar disc on his head.