Skip to content
Home » Zeus vs Typhon: What is the Difference? 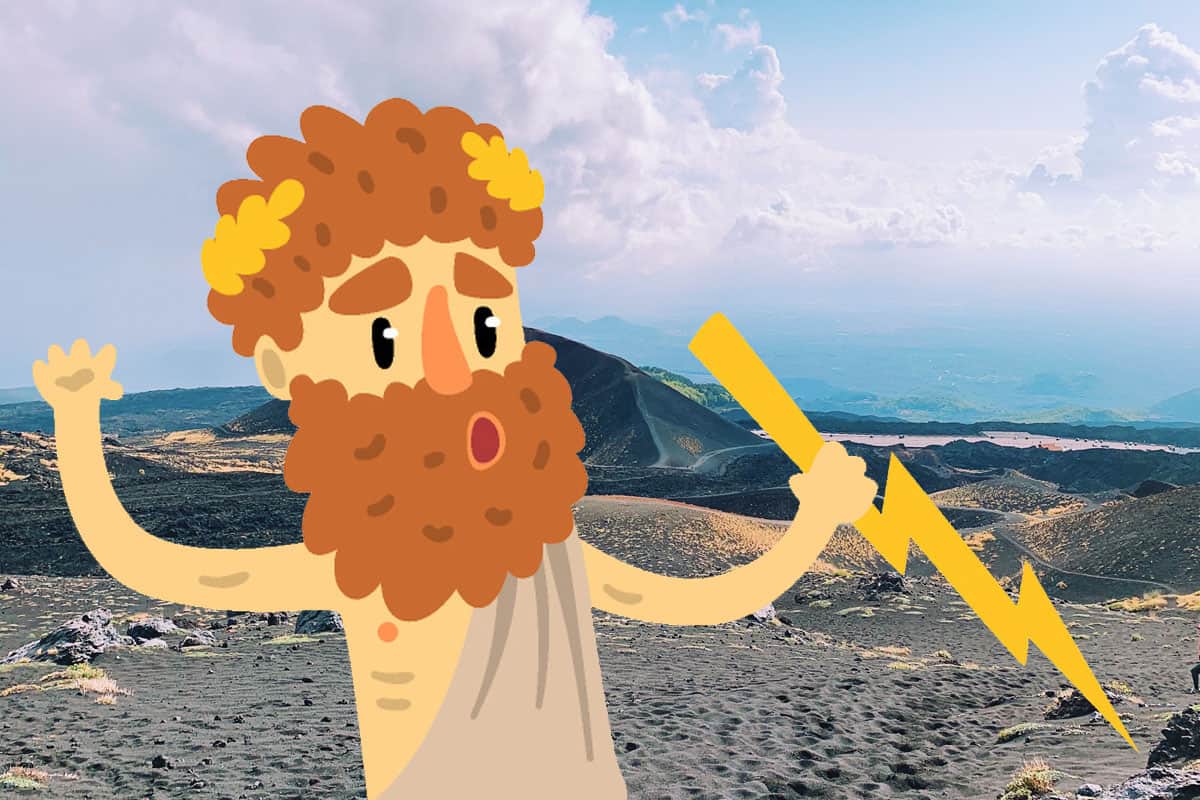 Everyone familiar with Greek mythology knows who Zeus is, but not everyone is familiar with Typhon. However, in the legends, the two of them had many epic battles.

The most notorious battle between Zeus and Typhon happened on Mount Etna. Legends say that after seeing Typhon attack Mount Olympus, a majority of the gods hid in their animal form. Athena, unafraid, taunted Zeus and called him a coward, prompting Zeus to attack Typhon with lightning.

This article will cover the basics of the two gods and their conflict.

Zeus was the god of lightning and storms as well as the king of the gods. He lived on Mount Olympus with the rest of the Olympian gods and goddesses. Zeus was an omnipotent god who frequently mingled with mortals.

He was also known for his affairs with various women. This led to much strife with his wife, Hera. Hera was known to be an extremely jealous queen. Despite this, Zeus was respected and viewed as the leader of the gods.

Zeus was born from Chronos, king of the titans, and Rhea. According to Britannica, the myth states that Chronos saw a premonition of one of his sons overpowering him. He then decided to eat his sons so that he could not be overthrown. However, his wife managed to switch baby Zeus with a large stone and smuggle him away. He was hidden away in a cave until he was old enough to take on his father.

After overthrowing his father, he divided the world into three domains: the sky, the sea, and the underworld. He designated his brothers Poseidon and Hades to the sea and the underworld, taking the sky for himself. This is how he became king of the gods.

Typhon was known as the father of all monsters. He was a storm giant and son of Gaia (the Earth) and Tartarus (the nether world). He towered into the sky with serpents for legs and had hundreds of heads.

Some stated Typhon had dragon heads, while others claimed there were multiple types of beasts. Either way, he was said to terrify all who saw him.

Some myths stated that Hera was the true mother of Typhon, while others said she beguiled Gaia and Tartarus to bear the child instead. Either way, Typhon was created for the purpose of taking down Mount Olympus.

Why Did Zeus and Typhon Battle at Mount Etna?

Zeus and Typhon were enemies who fought many battles over the years, but the battle at Mount Edna was the most famous.

In the battle at Mount Etna, Typhon attacked Olympus, and after some taunting from Athena, Zeus responded, attacking Typhon with his lightning bolts. This led to a long battle, and Zeus got too close to Typhon and was captured and brought to a cave, where the giant tortured him.

Typhon cut off his tendons and left him to die. However, Hermes and Pan came to Zeus’s aid, and he was able to recover.

After recovering from the torture, Zeus tracked Typhon down and hurled a mountain at him, ending his reign of terror. This mountain is now known as Mount Etna, a volcano in Italy. The ancient people believed the volcanic eruptions were Typhon using his mighty powers to try to escape.

Some of Zeus’ most epic battles were fought against Typhon. While Zeus may be the more well-known of the two mythological figures, Typhon played an important role in his story and at the Battle of Mount Etna. The legend of Zeus and Typhon’s battle led to the present-day naming of Mount Etna in Italy.