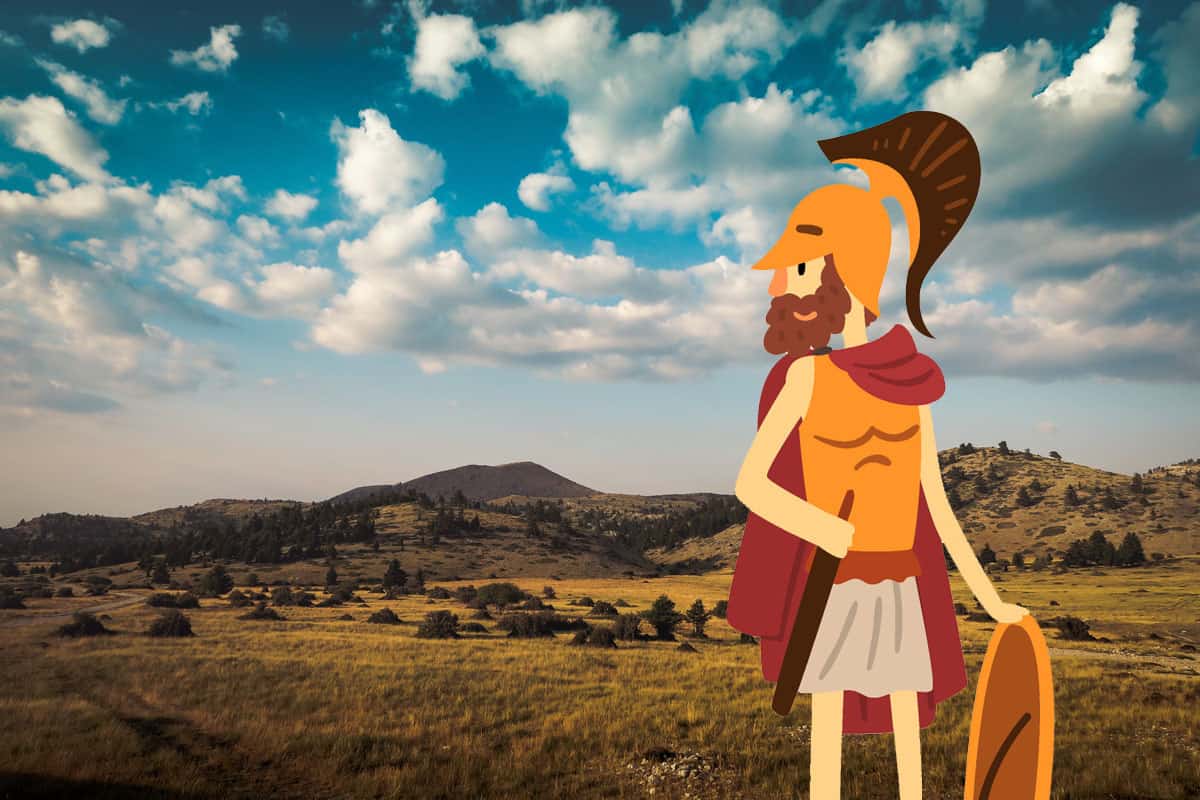 Ares, known as Mars in Roman myth, is one of the Twelve Olympians in Ancient Greek lore, but what makes him, specifically, important?

Ares is the God of War and often serves as a foil to Athena; she is a goddess of strategy while he is a god of bloodlust and death. He’s the son of Zeus, King of the Gods, and his wife, Hera. Ares is neither good nor evil but exists beyond these human concepts. His driving force is any course that will lead to more battle and bloodshed, which moralizers often find difficult.

What Powers Did Ares Have?

Each Greek god was blessed with traits that exemplified the area or characteristic over which they ruled, and Ares was no exception. He was god over fighting and warfare, and so his powers lay primarily in his physical strength. He was no military technician – that honour went to Athena – but instead a superior fighter and lover of destruction and death.

He is the father of Phobos and Deimos, whose names literally mean Fear and Dread. One of his possible daughters is Nike, the goddess of victory, amongst others. His son Eros by Aphrodite is a combination of his father’s primal nature and the flirtatious and romantic affiliations of his mother. He is the god of love and sex. He’s associated with the Amazon warrior women and fathered two of their queens.

Ares is also portrayed with a spear, a burning torch, and a chariot, indicating his strength in warfare and battle. Alongside this are his animal companions, usually war dogs and vultures. In some myths, he is also manipulative, encouraging humanity to tread the path which leads to the most tremendous loss of life.

Ares has many attendants, including Eris, the goddess of discord, and Enyo, goddess of violence. He is usually portrayed as less than favoured by most of the other Olympians. The only gods who consistently get along with him are Aphrodite, his sister and lover, Hermes, who enjoys mischief and plays outside of other Olympian affairs, and Hades, his uncle, for his contributions to the underworld through warfare.

What was Ares’s Weakness?

The Olympians did not like to speak of their weaknesses, and yet they had several. For Ares, his impulsiveness and drive to butchery often led him to trouble. His warfare was single-minded and focused entirely on death, and so he would act recklessly with little regard for safety or strategy.

Three significant myths record Ares’ defeats and they focus on how he is easily outwitted when lost in his bloodlust. These are:

Hephaestus’s Revenge – When the god of fire, Hephaestus, discovered that Ares was consorting with his wife (the goddess of love Aphrodite), he came up with a plan to humiliate the lovers. He captured Ares and Aphrodite in a magical invisible net. He displayed them upon Olympus to shame them until Poseidon eventually intervened and gave them their freedom.

Heracles’s Victory – Heracles, the favoured son of Zeus raised amongst mortals, was set upon by Ares’s murdering son, Kyknos. Heracles slew Kyknos, causing Ares to challenge him to battle. However, Heracles was protected by their sister Athena. She shielded Heracles from harm, and he wounded Ares so severely that the war god retreated.

The Aloadae – The twin giants Otus and Ephialtes, Poseidon’s sons, attacked Olympus in search of wives. Ares was captured by the giants and confined to a bronze jar as their prisoner for over a year. He was finally saved and released by Hermes.

What Was the Role of Ares In Some of the Myths?

As mentioned above, Ares had many roles in different myths. He often served as the aggressor, the least-liked of the Olympians often seen as little but a bloody-minded slaughterer. As well as the three stories surrounding his defeat mentioned above, there were several stores in which Ares played an important role.

During the Trojan War, Ares thrived. He sided with the Trojans, encouraging battle and death wherever he could. He even led the Trojan army into battle on several different occasions. Ares was also venerated by the Amazons. With the Amazonian queen Otrera, he fathered the sisters Hippolyta and Penthesilea, who would serve important roles in other tales.

Depending on the myth, Enyalios was either a son of Ares or simply one of his epithets. This war god was worshipped by the Spartans. Young Spartans would sacrifice puppies to him to give them strength for their future. Apart from this, Ares had fewer temples and altars than most of the other gods.

Despite being known for his strength, however, Ares was known as a coward, particularly in The Iliad’s portrayal, which shows him running in fear. He is often contrasted with Athena, his brave, patient sister. Ares was reportedly very jealous of Athena, confronting Zeus that she was his favourite because Zeus himself birthed her.

His Roman equivalent, Mars, however, is almost precisely the opposite – he was venerated by the Roman people and a favourite of the Roman gods!

Ares never married, but his most prolonged affair was with Aphrodite. They had at least seven children – Phobos, Deimos, Harmonia, and the Erotes (Eros, Anteros, Himeros, and Pothos).

Ares is a popular figure in modern media, from literature to movies to comics to videogames. Some of his more prominent recent roles have included:

DC Comics – Ares appears in the Wonder Woman comics and movie franchise, both of which follow Diana Prince, an Amazon princess of Themyscira. In the 2017 movie, he was the main antagonist. In the comics, he was her teacher, who she later had to overcome.

Percy Jackson – In the book series, he is an antagonist and later a supporting character. He appears both in his Greek form and as his Roman counterpart, Mars.

God of War – Ares is a significant character in this video game series and other games such as Hades and Ascension.

He’s also appeared in several other movies, games, and shows. There’s even a NASA shuttle named Ares, keeping with the godly theme of space travel! In Greece, several sports clubs bear the name Ares or Aris, borrowing from his strength on the battlefield.

Ares was one of the lesser loved gods in the Greek pantheon, but that does not mean that he was unimportant. If anything, Ares is exemplary of the complexities of Greek myth more so than many other gods. He is a symbol of strength, and yet he is blatantly and often fatally flawed. Unlike many religions, the Greek gods contained very human flaws. Their relationships and mistakes were reflected by how people behaved on earth below.

For the Ancient Greeks then, Ares was a feared figure toward whom they were ambivalent to the point of dislike. He had his fans, as all war-bringers do – in some bloodthirsty leaders and in the war-focused Spartans. The conquering Romans took an antagonistic deity and turned him into one of their most beloved gods. Still, the scholarly Athenians showed disinterest in him in favour of strategic warfare.

Ares is important, then, precisely because he is flawed. By examining the myths that surround him and how he was worshipped – and the ways that he has been portrayed in media since – we can glean a lot about the societies which speak of him. Ares embodies warfare, bloodlust, and destruction. By seeing how people characterize this embodiment, we can find their attitudes and approaches to these things and maybe even learn from their mistakes.