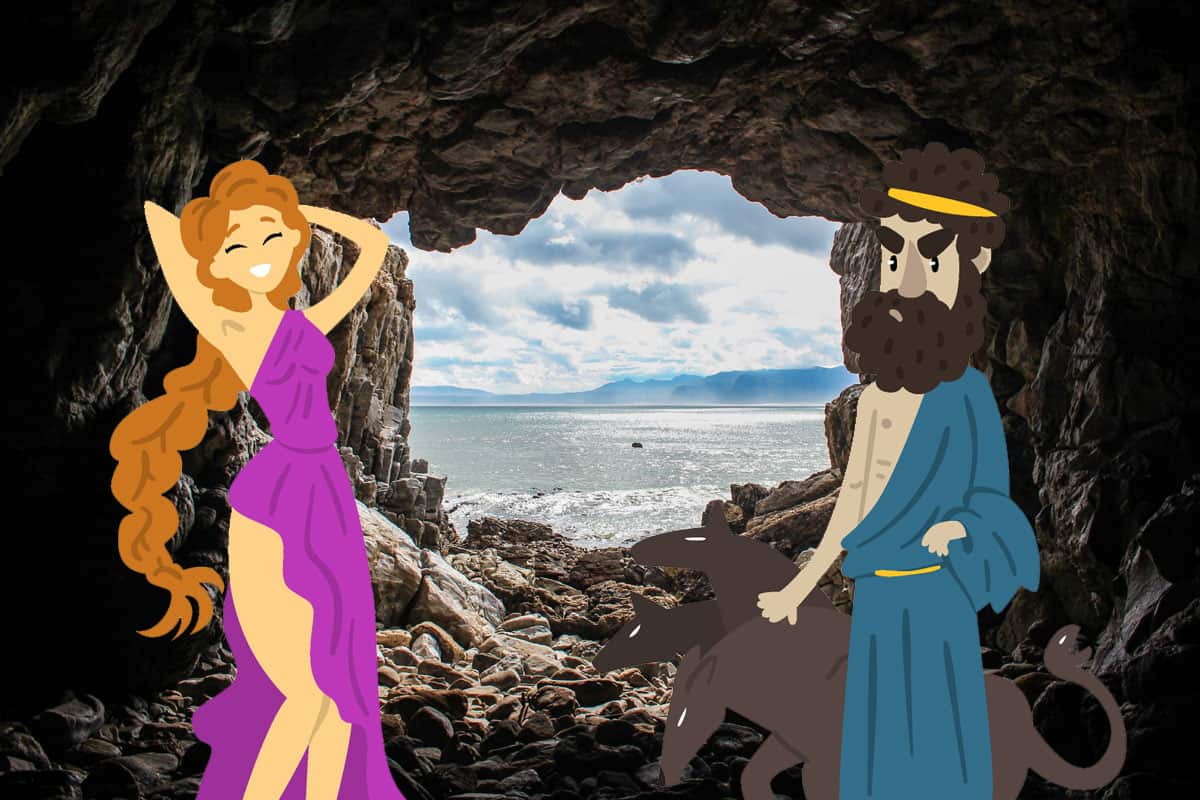 The infamous myth of Persephone and Hades is a tale riddled with abduction, love, and sacrifice. Hades kept an eye on Persephone as she grew up and tended to the vegetation in the fields and gardens. One day, Persephone was picking some flowers with her nymphs in the meadow, when the ground suddenly opened at her feet. Hades emerged with a flaming chariot from the void and gently carried Persephone down to become his Queen of the Underworld.

The moment Hades laid eyes on Persephone, he knew he had to make her his bride. He immediately traveled to visit his brother, Zeus (who was Persephone’s father), to ask his permission to take Persephone as his wife. Zeus consented, or at least did not oppose it. But he left Hades with a warning that Persephone’s mother, Demeter, would not be as agreeable. So Hades came up with a plan. He knew the courting routine would not suffice so he decided that an abduction was the only way to guarantee Persephone’s hand in marriage.

What Happened After Hades Kidnapped Persephone?

Later that day, Demeter approached the meadow where her daughter was usually accompanied by her nymphs. But to her dismay, Persephone was nowhere to be found. Demeter searched endlessly through every forest, garden, and meadow she could find. As the goddess of harvest and fertility, once Demeter turned her attention to the retrieval of her daughter, she neglected her duties and the seasons halted and living things stopped growing.

In a fit of grief and sorrow, Demeter caused crops, trees, and flowers to shrivel and wilt. Zeus grew worried for the humans as their crops continued to wither away. He asked Demeter to return to her duties, but she refused until her daughter was brought home. Demeter demanded that Zeus find Persephone bring her back to Earth, otherwise the world would remain lifeless. Zeus sends Hermes, the messenger god, to bring Persephone back to her mother. However, there was one caveat. If Persephone ate anything in the Underworld, she would have to stay there with Hades.

Hades would do everything in his power to make sure Persephone was happy in the Underworld, but he would also make sure she would never leave. When given the chance to leave the Underworld and be reunited with her mother, Hades gifted Persephone a pomegranate.

Hades knew that if Persephone ate anything in the Underworld that she would have to remain there forever – a small detail Hades did not mention to Persephone. It’s important to note here that gods and goddesses are not ​required​ to eat food. They are eternal beings that do not have the same restrictions and requirements of humans. Knowing this, one can argue that when Persephone ate the pomegranate seeds she accepted her fate as the bride of the Underworld. Zeus, Hades, and Demeter would need to compromise.

Persephone would spend half the year with Hades in the Underworld, and the other half on Earth with her Demeter. Once Persephone emerged from the Underworld, the grass would begin to grow and flowers would bloom. While Persephone roamed the Earth with her mother, the fertility of the land was restored. But once she returned down below, the Earth would grow cold and lifeless. Persephone’s life between Hades and Demeter would symbolize the changing of the seasons and the time for harvest.

Who Else Was Persephone in Love With?

Hades would not be the only man Persephone fell in love with. One day, Aphrodite found an infant, Adonis, and gave him to Persephone so that she would raise him. The infant was conceived when Aphrodite cursed his mother, Myrrha to desire her own father, King Cinyras of Cyprus. They had sex in complete darkness for nine nights. Once he discovered her identity he chased her with a sword. At this point, the gods transformed her into a myrrh tree and, in the form of a tree, gave birth to Adonis.

Did Persephone Have A Child With Hades?

There is a lot of debate as to whether or not Hades and Persephone had a child together. In many accounts, Zeus would disguise himself as Hades and have sex with Persephone, so it is unclear who fathers Persephone’s children. The most widely known of their children is Melinoe,
goddess of ghosts and restless souls. She is often represented as the bringer of nightmares and madness, pretty fitting for a child of the Underworld.

Another child of unknown parentage was Zagreus. Zeus favored the child and claimed him as his own. Zeus planned to make Zagreus his heir and gift him with unmatched powers. But Zeus’ wife, Hera, disliked Zagreus and recruited the almighty Titans to kill him. They ripped him limb from limb, only leaving his heart behind. Zeus would conquer the Titans and retrieve Zagereus’ heart. With the heart, Zeus made a potion for Semele to drink and conceive a new child. The child she would birth would be the reincarnated form of Zagereus, reborn into Dionysus – God of wine, wild, and festivities.

How Many Lovers Did Hades Have?

Unlike his brothers, Hades did not partake in having a wild number of mistresses and affairs, but he isn’t entirely innocent either! Hades would occasionally associate with a couple nymphs in addition to his queen, Persephone. The most notable account was the nymph, Minthe.

One day, Minthe seduced Hades when he saw her bathing in the river Cocytus. Afterwards, Minthe claimed that she was superior to Persephone. This angered the goddess so in response she turned the nymph into a mint plant. It’s safe to say that Persephone made Minthe a warning to any other maidens who had the same idea. That could be why Hades did not have more mistresses!

Hades is often thought of as a evil and wicked God but the reality is much more complicated. This is just one of the many myths that feature the god.

It would be worth exploring more about Hades before coming to a fixed judgement of him as a character. Thanks, and I hope you enjoyed this piece.

2 thoughts on “Did Persephone Love Hades?”