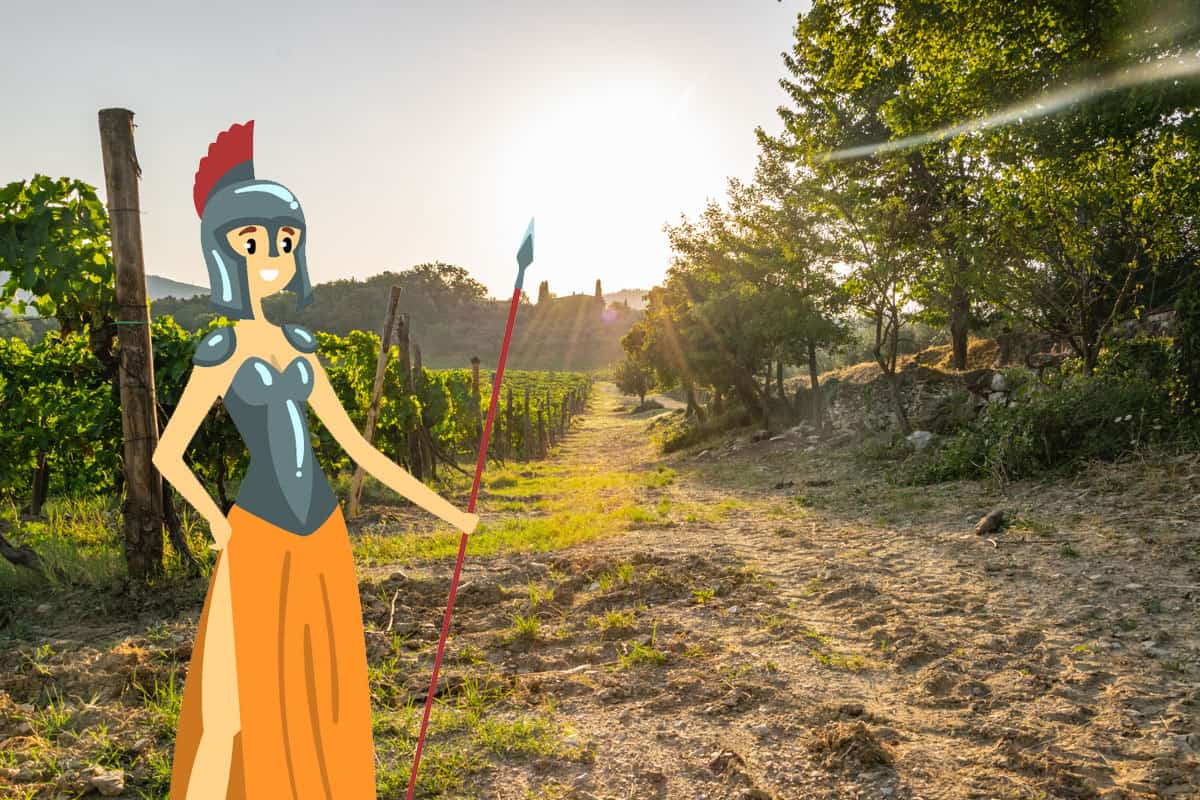 The Twelve Gods of Olympus (the Olympians) were the ruling gods in Ancient Greek mythology, each with distinct and powerful personalities, but why is Athena particularly important?

Athena is most well known as the goddess of wisdom but also of strategic warfare. She is the patron god of many cities, most famously Athens from which the Athenians took their name. She is one of the most important Olympians due to the many facets of her power and strength under many different epithets.

What Role Does Athena Play in Some of the Myths?

Due to her importance, Athena is a core character in thousands of myths and legends, more than many other Olympians. She was Zeus’s favorite daughter and a source of wisdom and defense to mortals and immortals alike. Five of the most powerful stories surrounding Athena include:

Her Own Birth – Athena was the child of Zeus and the goddess Metis, his first wife. Zeus feared a prophecy from the Fates about the strength of his future child and feared that they might overthrow him, so he swallowed Metis whole. Metis’s pregnancy continued, and Athena was born sometime later from Zeus’s forehead, fully-grown and clad in battle armor.

Poseidon and the Olive Tree – Athena competed with her uncle Poseidon, the god of the sea, to decide which of them would rule over Athens. In some myths, it was judged by Zeus, in others by a mortal. Poseidon used his trident to spawn a saltwater spring from the Acropolis. Still, Athena countered by causing the first olive tree to grow at the hill’s top. She won, and Athens has been under her protection ever since.

The Trojan War – Unlike her brother Ares, who sided with the warlike Trojans, Athena loaned her military strategy to the Greeks. She fought alongside them, often engaging on the battlefield with Ares. Despite this, the Trojans also worshipped her.

Granting Boons to Heroes – Athena was heavily involved in Odysseus’s myths, Perseus, Heracles, Jason, and others, using her powers and knowledge to aid them in their heroic quests. She granted Perseus the tools he needed to slay Medusa and protected Heracles in his battle with Ares.

Casting Fair Judgement – Though Zeus was the Olympians’ main judge, Athena’s wisdom often played a part. The legendary Orestes was pursued by the Furies after he slew his own mother and her lover in revenge for his father’s death. Athena stopped the pursuit and made sure he had a fair trial, during which she cast the deciding vote. The Furies were changed in the process, offered a new role as protectors of justice.

Is Athena Good or Bad?

It’s hard to judge the Olympians purely on human morality – they are gods who act as gods do; they are quite distinct from mortals. Still, in terms of most of her stories and worship, Athena was revered by the people. She is generally seen as a force for good on the side of humanity, protecting heroes and delivering justice and wisdom. However, like all the gods, she was flawed in several ways, sometimes allowing pride and jealousy to determine her course of action.

Her divine protection, wise choices, and granted boons are what are most often associated with Athena. However, several events paint her in a more negative light than the common virtuous ideal.

The events leading to the Trojan war came about as Athena, along with her aunt Hera, were angry with the human Paris and the goddess Aphrodite. This was because Paris judged the three goddesses to determine the favorite, granting the prize to the goddess of love and angering the others.

Athena also cursed Medusa for defiling one of her temples. As the story goes, Poseidon raped Medusa, and Athena retaliated by turning the victimized woman into a Gorgon. However, some stories recast this story as Athena helping Medusa, granting her the power to never be touched by a man again.

Athena was also very competitive. Arachne, a mortal woman, claimed that she could weave better than any of the gods, including Athena herself. Athena accepted the challenge and they competed. Arachne won; her work was considerably more beautiful than Athena’s own. In retaliation for the insult and for outshining her, Athena cursed Arachne to live the rest of her life as the first spider. All spiders are said to be descendants of Arachne (which is why they’re called arachnids!)

What Were Some of Athena’s Epithets?

As a symbol of wisdom, democracy, truth and battle strategy, weaving, and many others, Athena has possessed several different names and titles.

Pallas Athena – The most common epithet has the most clouded origins and many myths surrounding it. One story tells of Pallas, the daughter of Triton and Athena’s childhood friends. Athena accidentally killed Pallas when they were sparring and took the name to honor her. The word Pallas has several possible sources. One is a word meaning “battle,” another is “young woman.”

Alea – Originally her own goddess, Alea became an epithet of Athena worshipped most prominently in Arcadia.

Agoraea – From agora, a marketplace or collection of people, this epithet signified how Athena protected mortals. She shared this epithet with Artemis and its male equivalent with Zeus and Hermes.

Ambulia – A Spartan epithet indicating how Athena would fight off death.

Hellotia – A Corinthian aspect of Athena. She shared this name with Europa.

Kourotrophos – Literally “child nurturer,” this title was given to several gods and goddesses who protected young people. As well as Athena, this included Apollo, Aphrodite, and Artemis.

Athena Nike or Athena Nikephoros – meaning Athena, Bringer of Victory, this name brought her together with Nike, the goddess of victory.

What Are the Symbols of Athena, and What Does She Symbolize?

Athena has many symbols associated with her, both in the original myths and in the present. Her most famous symbols are the owl, signifying her wisdom, and the olive tree, signifying how she is responsible for protecting Athenians and all mortals. The olive tree is also a symbol of economic prosperity. She is also represented by snakes and Gorgons after Medusa’s story, and her shield bears a gorgon head emblazoned in the center.

In the sixteenth and seventeenth centuries, Athena was used as a symbol for female rulers – Queen Elizabeth I was known as the “new Minerva” for Athena’s Roman equivalent, the goddess Minerva. She also influenced the designs of Britannia and of the Statue of Liberty.
In the modern world, Athena and her symbols and name are used worldwide as a shorthand for the virtues she represents. This includes – but is by no means limited to – freedom, wisdom, thought, arts, classical learning, and democracy.

Many myths and legends surround each of the twelve Olympians. Still, other than her father, Zeus, the king of the gods, Athena may be the most enduring of all. Athena was and is important as a woman, a warrior, and a source of wisdom. The city of Athens still bears her name. Unlike many of the Olympians, “Athena” remains a popular name for Greek women.

Then, Athena represents the ideal – the balance between mind and matter, brawn and brains, thought, and fight. Of all of the Roman equivalent gods, Minerva is perhaps the closest to the original Athena in action and personality.