Skip to content
Home » Zeus vs Darkseid: Differences and Who is Stronger? 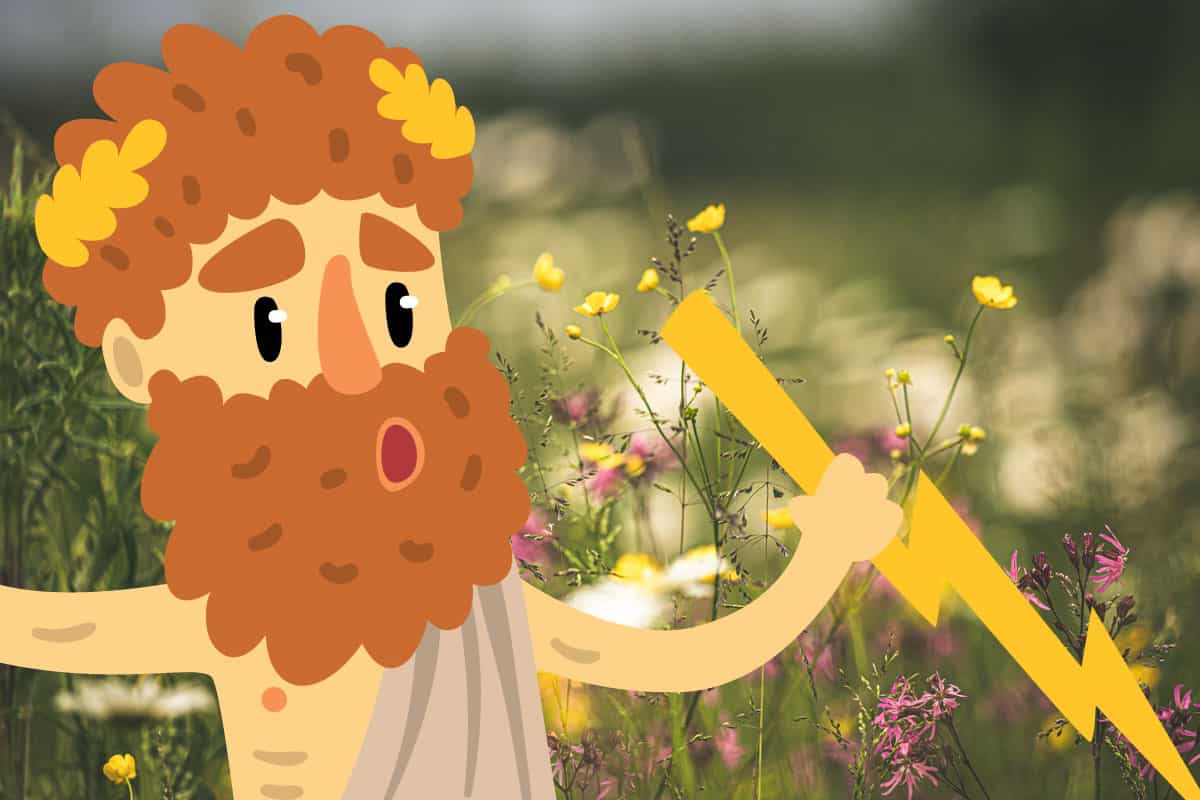 One enjoyable way to spend some downtime with friends is to discuss your favorite novels and comic books. If you’re also a Greek mythology fan, you may find it entertaining to discuss hypothetical matchups between mythological gods and comic book characters – such as between Zeus and Darkseid – and wonder which is stronger.

In Greek mythology, Zeus is the king of the gods and is the god of thunder and lighting. Darkseid is a supervillain from DC Comics created by Jack Kirby and a major antagonist for both Superman and the Justice League. In the comics, Darkseid is stronger than Zeus.

In this article, I’ll look at both figures in greater detail and compare them based on their origin, appearance, powers, and personalities. I’ll also examine which of them is the stronger and whether Darkseid would really win in a battle between the two.

Zeus is an ancient Greek god who has been worshipped since at least the time of Mycenean Greece, approximately 3000-3500 years ago. He is the king of the gods, and the god of the skies, thunder, and lighting. He also appears in the DC Universe as Wonder Woman’s father and the king of the Greek gods.

Zeus is also among the eldest of the Greek gods – he was born of the Titans Cronus and Rhea, who are not counted among the major gods. He is the youngest of the six eldest Olympians, the other five being his siblings, including his sister-wife Hera.

Darkseid is a fictional DC Comics supervillain and was initially introduced as one of Superman’s villains. He was created by Jack Kirby and first appeared in the comics in 1970. He is the father of the superhero Orion.

He is the Lord of Apokolips, a fictional planet, and is also one of the New Gods, a race of extraterrestrial superpowered figures. Since his introduction, he has become one of the most powerful characters in the DC Universe and a prominent antagonist for the Justice League.

Zeus is typically depicted as an older man with a beard. His older age references his role as the king of gods and father of both gods and mortals. Additionally, he was generally shown with one of his two main symbols – a thunderbolt and an eagle.

Darkseid is generally depicted as humanoid and bald, with gray or purple skin and wearing a blue suit. However, his appearance has often undergone design changes, and he is frequently shown wearing an omega symbol somewhere on his body.

Additionally, he occasionally takes human form, such as when he possesses the character Dan Turpin. In one storyline, he is killed and then brought back to life in a child’s body.

However, in another story, the New God Highfather (the positive counterpart to Darkseid) notes that every version of Darkseid that has been shown is only an avatar. His true form is non-corporeal, cannot be understood by mortals, and transcends space and time.

As the god of the skies, lightning, and thunder, Zeus holds power over each of his domains. Additionally, as the king of the gods, he has some power to command the other gods, as seen when he prohibits them from participating in the Trojan War.

Zeus has also been shown to have several other powers, including shapeshifting during his many affairs. Furthermore, he was able to grant gods dominion over aspects of the world – for example, he granted Artemis’s wish to have dominion over childbirth and the mountains.

While Zeus is not all-powerful, he is nearly so. The gods do defy his rule, but only when he chooses to allow them to do so. For example, when he forbids the other gods from interfering in the Trojan War, several of them attempt to participate anyway. However, they are no match for the king of the gods.

Darkseid is one of the most powerful characters in the DC Universe. He boats superhuman strength and stamina and is capable of flight and dimensional travel. Additionally, he can manipulate energy and matter, is telekinetic and telepathic, and is immortal. Furthermore, he is an acknowledged genius, which helps make him as powerful as he is.

As the king of the gods, Zeus is generally depicted as a benevolent and just ruler. At the same time, like all other Greek gods, he is also capable of extreme cruelty, especially when angered.

For example, when told a prophecy that his son by Metis, his first wife, would be greater than him and overthrow him, he tricked her into shapeshifting into a fly, following which he ate her. At the same time, when Eros begged him to grant his mortal wife Psyche immortality, he agreed to do so despite Eros having “transformed [my] smiling countenance into grisly shapes.”

Darkseid is generally shown to be the personification of evil in the DC Universe. He is driven purely by a desire to conquer and rule all living beings as a God and is usually shown to be cold, cruel, and calculating. Even after being turned into an infant and offered a second chance at life, he chooses to take actions that would allow him to return to his previous status as the cruel ruler of Apokolips and an acknowledged supervillain.

As mentioned above, Zeus has appeared in the DC Universe as the father of Wonder Woman and king of the Greek gods. In this role, he battled – and was killed by – Darkseid, indicating Darkseid is the stronger of the two.

However, it should be noted there are significant differences between the Zeus of myth and that of the comics. For example, he has considerably less control over the other gods. That said, Darkseid’s many powers mean he would likely be stronger than the Zeus of myth as well – but the difference would be far less pronounced than in the comics.