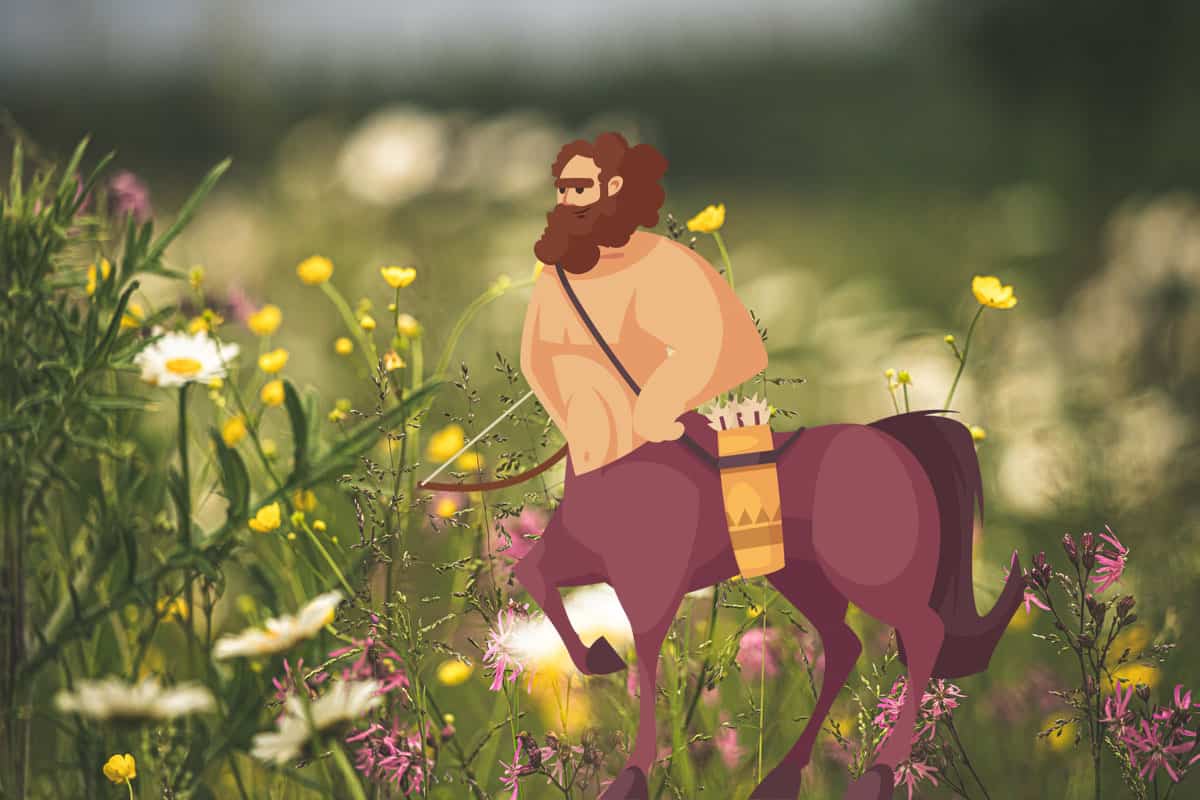 Human beings have a fascination with the ability to fly, and nowhere is that clearer than in mythology. With all of those creatures, why shouldn’t centaurs and other creatures fly?

Centaurs are half-human, half-horse creatures primarily known for their animalistic behavior. With the exception of Chiron, centaurs are usually seen as an obstacle for heroes to contend with. While there hasn’t been a flying centaur in mythology, mythological creatures, deities, and even humans have been able to fly, using the aid of wings. While some creatures, like the Pegasus and harpies, are born naturally with wings, some can fly with crafted wings, like Hermes and his winged helmet and sandals.

Read more to learn about centaurs, what makes certain creatures and other beings fly, and how they’re able to fly.

So, Can Centaurs Fly, Really?

What is a centaur?

A centaur is any creature that has the bottom half of a horse and the top half of a human. Centaurs are known for being barbaric and animalistic, often creating trouble for the heroes in classical mythos. They live in the mountains of Thessaly, isolated from most people. The exception is the centaur Chiron, who is unlike the other centaurs and guides and teaches young heroes. He later trades his immortality for the Titan Prometheus’ freedom, being placed in the sky as the constellation Centaurus.

Are there examples of flying centaurs in classical myth?

There are no examples of flying centaurs in classical mythology. The closest flying mythical creature to a centaur is Pegasus, being a winged horse.

Which creatures can fly in classical mythology?

There are three main creatures in classical mythology that can fly:

The most well known example of a flying creature in classical mythology is Pegasus, the winged horse that came out of Medusa’s neck after Perseus cut off her head. Pegasus was tamed by Bellerophon until his death, when the gods threw him off of Pegasus for flying to the top of Mount Olympus. After Bellerophon’s death, Zeus kept Pegasus and had him pull his chariot, eventually making Pegasus into a constellation.

Harpies were creatures with the bodies of birds with the faces of women. They were able to fly using their wings, often carrying the souls of the wicked to the punishments assigned by the Furies.

Phoenixes are birds that burst into flames when they die and are reborn from the ashes.

While he isn’t a creature, the Olympian god Hermes flies using his winged sandals. They were forged by Hephaestus to aid Hermes in his duties as the messenger god, making him fly as fast as possible. Some sources depict him with a winged helmet, presumably created to serve the same purpose as the winged sandals.

Additionally, two mortal men in mythology who were able to fly are Daedalus and Icarus. Daedalus created  two sets of wings out of feathers and wax for himself and his son in order to escape the Labyrinth in Crete. Daedalus warned Icarus to be careful when flying near the sun in case the wax melted, and as Icarus flew too far up, his wings melted and he fell in the sea and drowned.

The four examples we have all have one thing in common: wings. Without some form of wings, whether they are natural or crafted, creatures in mythology can’t fly.