Skip to content
Home » Are the Greek Gods Good or Evil? 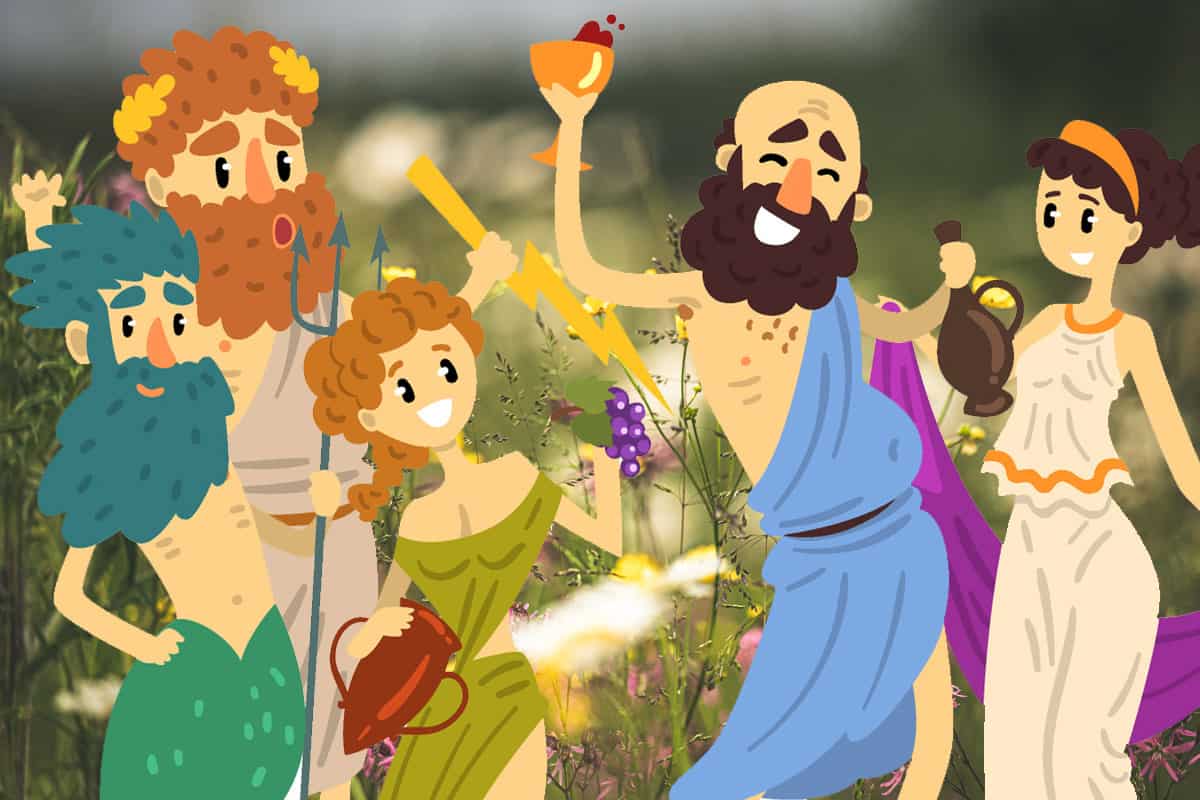 If we’ve said it once, we’ll say it again. Greek mythology is the king of pushing the moral ambiguity line. Because it’s within Greek mythology that you’re going to find a demigod who kills his wife and children, is sent on a series of impossible tasks by a god, and is still proclaimed a hero. This same library of stories hosts a mother figure who takes her jealous rage out on the mistresses and children of her unfaithful husband and is still venerated as the goddess of marriage, fertility, and childbirth. Go figure.

Are the Greek gods evil? By today’s standards, absolutely. But like any story or mythology, it also has to be viewed within the context of its time. This is the same set of lore that calls for a sense of sympathy for their god of war. Described as blood thirsty and excessively violent, he’s also entirely unliked by the other deities, humiliated and teased. It begs the question – did he become that way because he was treated harshly and rise into his role as the god of war or did they simply not like him because he was violent and aggressive?

It’s hard to answer that question. Are the Greek gods evil? Or are they a reflection of circumstance?

Human Qualities of the Greek Gods

One of the traits that makes Greek mythology so enduring and endearing to time and history is that the gods have human qualities – good and bad. They value loyalty but they are also fiercely jealous. They have a penchant for cultivating physical strength yet demonstrate the emotional capacity of a teaspoon. Take Hera, for example. She’s the goddess of fertility, marriage and childbirth. She also exacts progressively creative forms of cruelty on the women her husband has affairs with and the children produced by those unions. From preventing Leto from giving birth to setting a gadfly on Io so it would sting her repeatedly.

It’s easy to call Hera evil here – and the deities who helped her and Zeus for raping so many women. You could also read the story of a woman, trapped in an abusive relationship, taking out her anger, jealousy, and fear on the women because she couldn’t take it out on her husband.

The Greek God could also just be evil, because that’s what they were always meant to be. Maybe they were meant to symbolize the way evil can exist anywhere, but especially positions of power.

Look at Cronus, he swallowed each of his children whole because he was drunk on power and afraid of being usurped. From childhood, Zeus was trained and schooled to take over his father, to rule Olympus. That kind of power and fawning could turn anyone bad. As for his siblings, being swallowed by your father and then regurgitated only to fight and imprison him probably isn’t great for one’s moral standing.

And then you have Ares – god of courage and war. He holds no allegiance to anyone other than himself. He’ll take one side but should he find his interests are better served elsewhere, he’ll switch sides. That’s exactly what happened in the Trojan War. He had initially told Athena and Hera that he’d fight alongside the Achaens. Upon the request and insistence of Aphrodite, he easily turned his allegiance to the Trojans. But then half way through the war, after hearing his son died, he switched sides once again and entered the battlefield in order to exact revenge. He did all this despite an order coming down from Zeus that none of the Olympians were to step foot on the battlefield.

All this is to say, maybe the Greek gods were evil. But maybe they were created that way.