Skip to content
Home » Are Thor And Loki Brothers in Norse Mythology? 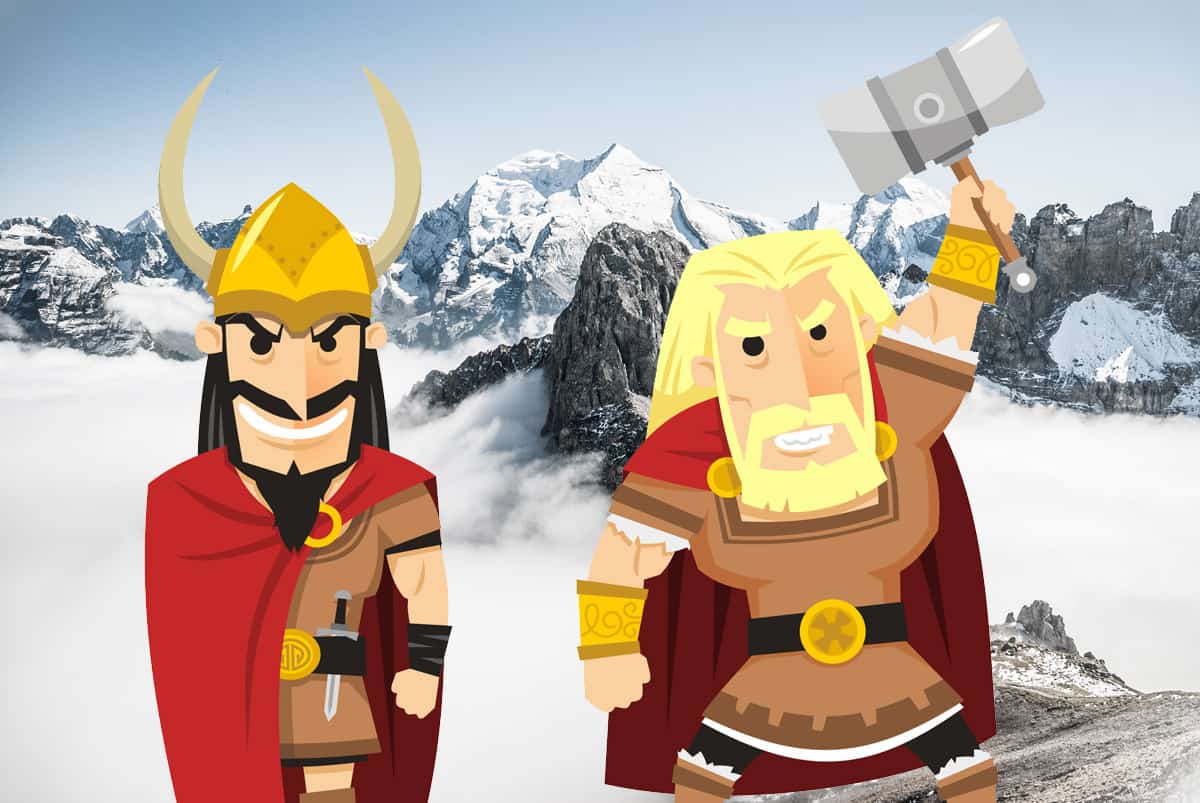 If you feel a little lost in the many tales of the Norse gods and who might be related to whom, you are not alone. Find out more by reading on. In Norse mythology, are Thor and Loki brothers?

Thor and Loki are not related. Thor is the son of Odin and Frigg (also called Jord, which means Earth), while Loki is the son of the giants Farbauti and Laufey. Loki was born among the Jotun, who are the enemies of the gods, yet Loki is regarded as the blood brother of Odin and counted among the Aesir gods of Asgard. Loki is known as the god of mischief and is wickedly clever and conniving. Thor, on the other hand, is the god of thunder. He is straightforward, strong, and brave. Loki and Thor often cross paths and fight together against monsters, or on opposite sides because of Loki’s trickery.

What Are Thor And Loki’s Family Trees?

Odin is the all-father and oldest god in Norse mythology. He is the god of wisdom and magic, of war and death. Odin and Frigg, the goddess of love and marriage, together had Thor and Balder. Thor was a great warrior, the god of thunder and good-natured. Thor is married to Sif, with whom he has Thrud the Powerful, his only daughter. However, Thor has two sons from his previous marriage to Jarnsaxa (meaning Ironstone) called Magni the Strong and Modi the Angry. Thor also has a stepson called Ullr, a god known for hunting and archery.

Loki is the trickster god and son of Laufey, a beautiful giantess and Farbauti, a much-feared giant. Loki also has a giant brother called Byleist, but as the giants live in Jotunheim and Loki lives in Asgard, he spends more time with his blood brother Odin and befriends the other gods. Loki is likable, envious, and charming. Loki had two wives; and ogress called Angrboda, and his Asgardian wife, Sigyn. Loki had three monstrous children; Jormungand, the Midgard Serpent encircling the world, Hel, a goddess of death and ruler of the underworld, and finally Fenrir; a giant wolf; the bringer of Ragnarok and the killer of Odin.

What Is The Relationship Like Between Thor And Loki?

Loki is both Thor’s friend and betrayer. There are many stories of Thor and Loki going on quests together to fight monsters or bring back lost items for other gods, and it is evident that Loki and Thor accomplish each other well with their various skills. Loki being cunning, charming, and wicked while Thor is immensely strong, honest and proud.

It is due to Loki that Thor received his hammer, Mjolnir, as he accompanied Thor to Jotunheim, the home of the Ice Giants. However, Loki is also the reason why Siv, Thor’s beautiful wife known for her long golden hair, lost her hair and Loki tricked Thor many times while on quests. Ultimately, Loki went too far and was the cause of Thor’s brother, Balder, dying and Odin was killed by Loki’s offspring, Fenrir during Ragnarok.

Thanks for taking the time to read. Please comment below!