Skip to content
Home » 23 Facts About Thor: Storms, A Red Beard and Thursday 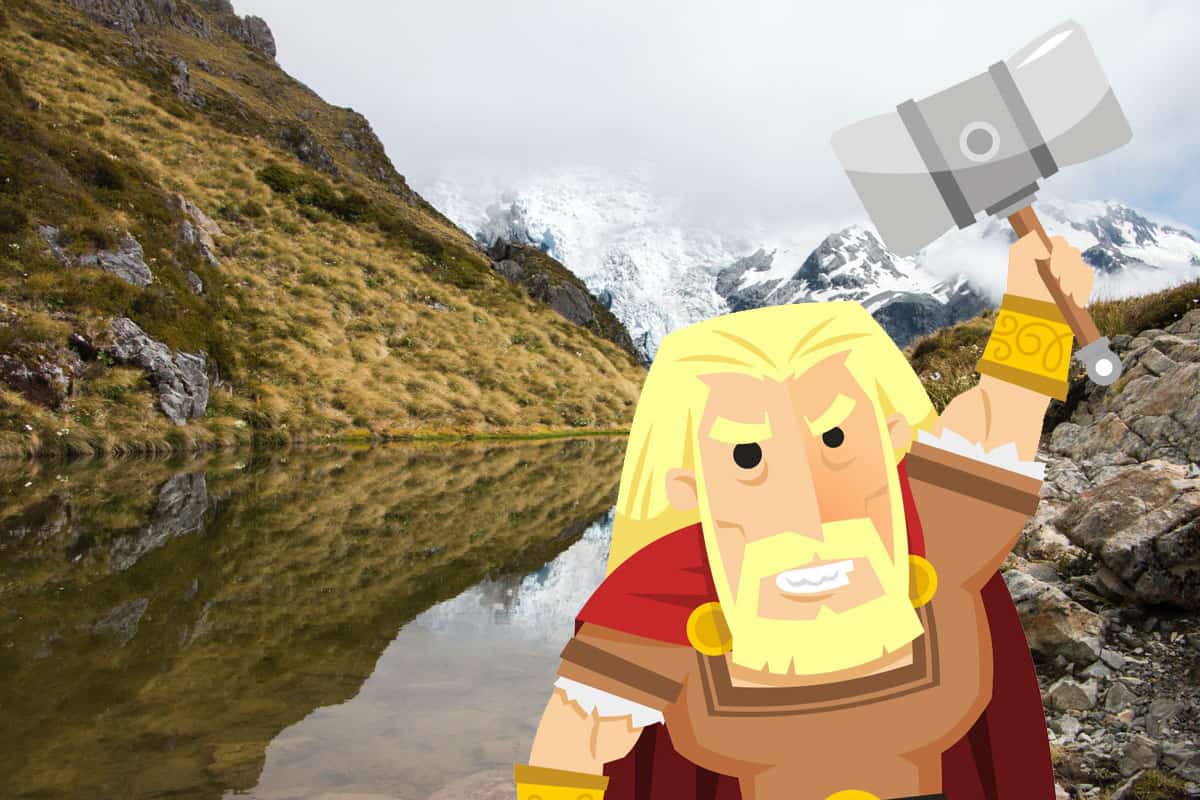 Thor, the Germanic and Norse god of thunder, war, and human protection, is one of the most famous gods in his pantheon. Along with his mythical hammer, the great Mjölnir, Thor acts as a symbol for historians, enthusiasts, and neo-pagan religious groups alike.

The following facts cover some of the most interesting stories about Thor as written in the traditional prose and skaldic poetry that make up Norse mythological canon. This well-known son of Odin is one of the most favorite in the popular imagination for a number of reasons – and here are some of those reasons!

1. Thor was the god of many things

As well as thunder and storms, Thor was a protector of humanity, as well as the god of sacred trees and groves, fertility, strength, and consecration.

2. He was the son of Odin and Jörð

Jörð was the personification of the earth, and a consort of Thor’s father. His closest brother, Baldr, was instead the son of Odin’s wife Frigg.

3. Thor’s wife, Sif, was a golden-haired earth and fertility goddess

She was considered ‘blameless’ amongst the other gods, and Thor prized her highly

4. He was father to several attested children by different mothers

Thor’s most known children were:

5. He nursed a deep hatred for the jötnar and often went to war with them

Despite this, his mother and several lovers counted amongst their numbers

6. He was used by the gods to fend off any unwanted guests

Thor’s strength was renowned and usually just a threat was enough to make even the worst of enemies flee. When that didn’t work, his power of one-on-one battle was legendary.

7. Thor would battle the World Serpent at Ragnarök

Jörmungandr, the monstrous serpent son of Loki who encircled the world and unfurled to foretell Ragnarök, would do battle with Thor on the final fields. Though Thor would successfully slay the monster, its venom would only allow him to retreat nine steps before succumbing himself.

8. He kept a pair of human peasant children, Þjálfi and Röskva, as his servants

The boy and the girl became bound to Thor after he and Loki shared a meal at their parents’ home. When the boy stole bone marrow from one of Thor’s goats, he flew into a rage but accepted the children’s’ servitude instead of punishing the terrified peasants.

9. Loki was both Thor’s friend…

They sometimes worked and traveled together, such as in the example above, and more significantly when Thor lost Mjölnir. Loki used Freyja’s feathered cape to fly out and locate the hammer. When he found it, he reported its location and then accompanied Thor to the land of the jötnar.

They refused to give up the hammer except in exchange for Freyja as a bride, and so Thor and Loki developed a plan together. Thor disguised himself in a wedding dress and pretended to be Freyja, while Loki acted as “her” maid. Once they uncovered Mjölnir, Thor slayed every person at the wedding.

Loki once claimed to have slept with Thor’s wife while drunk, and after Loki insulted several other gods, Thor threatened him until he left the halls of Asgard.

Another time, as a prank, Loki cut off the beautiful golden hair of Sif. Thor attacked him, and a terrified Loki promised to have a golden headpiece made for Sif to make up for it.

11. Mjölnir came into his possession thanks to Loki

After the incident with Sif, Loki traveled to the dwarven Sons of Ivaldi. As well as the headpiece, Loki returned with Odin’s spear, Gungnir, the ship Skíðblaðnir, Freyr’s boar Gullinbursti, Odin’s multiplying ring Draupnir, and Thor’s own hammer.

12. Thursday in English is named for Thor

Sunday is named for Sunna, the Norse personification of the son; Tuesday for Týr, Wednesday for Odin (Woden), and Friday for Frigg.

His chariot was drawn by two goats, Tanngrisnir and Tanngnjóstr. Every night, he would slaughter the goats and feast on their flesh. In the morning, he would resurrect them so they could return to their duties.

14. Thor was known by different names across Germanic languages

In Old Norse, he was Þórr (where Þ is pronounced close to ‘th’.) In Old English he was called Þunor, in Old Frisian Thuner, in Old Saxon Thunar, and in Old High German Donar. All of these words shared the same Proto-Germanic root meaning ‘thunder’.

15. He shared his Old High German name with one of Santa’s reindeer!

In Christmas mythology, two of Santa’s reindeer are named Donner (or Dondar) and Blitzen (or Blixem). These names mean ‘thunder’ and ‘lightning’, and Thor’s name Donar shares the same origin as Donner!

His most famous were:

17. Thor had red hair and a red beard

His wife, Sif, was golden-haired

18. As well as Mjölnir, Thor had several other magical items which he carried.

These were Megingjörð, a belt which doubled his strength, Járngreipr, iron gloves which allowed him to carry Mjölnir, and Gríðarvölr, a staff he was gifted by Gríðr, the mother of his brother Víðarr.

19. He is etymologically conflated with many other gods in various mythologies

First, the Celtic thunder god Taranis, as well as sharing a similar role, takes his name from an identical Proto-Germanic root word. The Greek Cyclopes, Brontes (whose name also meant thunder) was reminiscent of Thor’s mixed heritage and strength. The Latin epithet Tonans was used for Jupiter, the Roman king of the gods and god of thunder.

In addition, Thursday in Spanish is jueves, and in French jeudi. This continues across Romance languages and refers to how the Roman’s knew the day as Jupiter/Jove’s Day. The Germanic people, pushing back against Christianization, renamed the day for their equivalent god, Thor.

20. The Romans often associated Thor with Hercules as well as Jupiter

This was because Jupiter, as the king of the gods, was often more synchronized with Odin. As such, Jupiter’s powerful warrior son became a mirror of Thor.

21. In the post-Viking Age, Thor and Odin were celebrated long after Norway was officially Christianized

The population still invoked the gods for protection and strength. Odin would receive them and Thor would protect them.

22. The Prose Edda attempted to tell the story of Thor in a ‘realistic’ fashion in its prologue

In this story, Thor (or Tror) is a Trojan prince and grandson of Priam. He was golden-blond and had the strength of ten bears. He married the prophetess Sibyl (who is identified with Sif in this version), and was raised in Thrace by a chieftain named Lorikus. Thor eventually slayed Lorikus to gain the throne of Thrace.

This Thor founded a city named Asgard for his people, the Æsir – translated as the Asian city and the people of Asia, respectively. Twelve generations later, his descendant, Odin, led a journey across Germany, Denmark and Sweden to finally reach Norway.

23. Saint Olaf of Norway was a combination of Freyr and Thor

He carried Thor’s red beard and quick temper, and became known and invoked as a slayer of demons and giants. He was also a protector of humanity in general and fought against malicious forces in general.

Though he shot to fame especially in the Marvel comics and more recent cinematic universe, Thor has always been extremely popular amongst the Norse pantheon. He is fierce, bold, and openly flawed in a way that many gods are not, and therefore he’s a favorite to mankind everywhere.