Skip to content
Home » How Many Types of Dragons are there in Chinese Mythology? 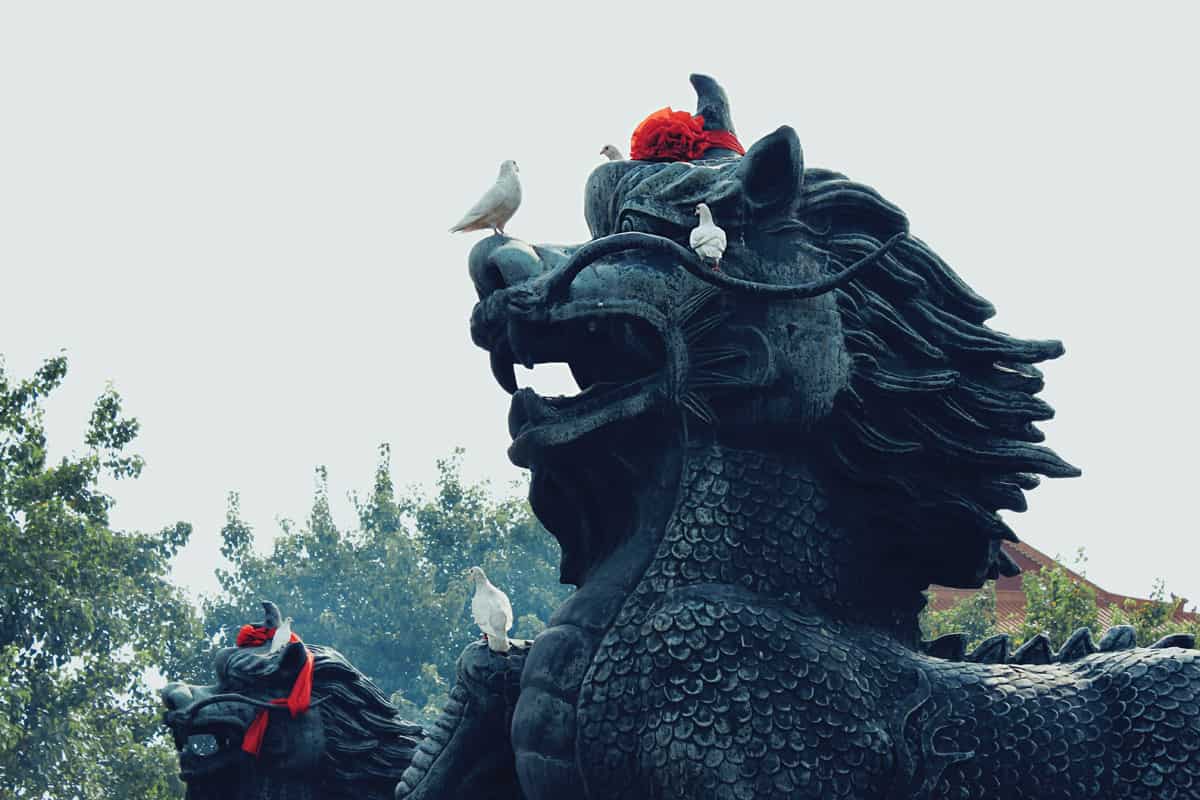 One of the most enduring and fascinating creatures in Chinese mythology is the Dragon, but how many types are there?

This is one of those questions that very much depends on your own definitions of type. The Dragon exists across many cultures worldwide, each legend forming separately, but the Chinese dragons are some of the most persistent.

In Chinese myth, there are many different legends and kinds of dragons. Still, a very popular series of folklore describes the nine forms of dragons described below. There are several hundreds of specific kinds of dragons that show up in various myths, each symbolizing a different element or power.

What are the Nine Chinese Dragons?

The number nine is very important in Chinese folklore as it is the number associated with heaven. The number is also found in dragon tales. Perhaps unsurprisingly, then, there are nine categories of Dragon, which are frequently mentioned. These are:

The Dragon King also had nine sons, each a form of hybrid Dragon that inspires many different aspects of Chinese architecture and design.

Chinese Dragons are not generally considered evil. Chinese mythology focuses heavily on balance, and the dragons play a heavy role in this. They are often benevolent creatures who aid humans or even who once were human. The dragons have control over the elements and are akin to gods.

That is not to say that they cannot be dangerous or destructive, or even the villain of particular stories. The Buddhists, bringing tales related to India’s naga, often tell tales of violent, vicious creatures. One of these is the White Dragon, born to a human mother who died of grief at birthing a monster. In his own misery, the Dragon destroyed the surrounding land in a hurricane and vanished. After the people buried his mother, he began to visit her tomb. Now, he creates yearly thunderstorms in her memory.

What Does the Chinese Dragon Symbolise?

Worshipping the dragons is said to bring luck, and using their paintings and symbols can protect against harm. For example, a water dragon above a door prevents fire. Despite all of this, there are also many stories of great hunters like Nezha who overcome, outsmart, or even slay dragons.

What Roles do Dragons Play in Chinese Mythology?

The first dragons in Chinese mythology were water dragons, and their rule was over the sea. They brought rains and carried immortals on their backs. The older dragons were tame, but their descendants, the winged dragons, lived in the mountains and brought terror.

In all mythology, dragons were sacred, and many great emperors were associated with the creatures. The highest compliment one could give for a soldier or scholar was to compare them to a dragon’s characteristics.

The Dragon is associated with newness, both in the sunrise and in the bringing of rains to nourish crops and carry water to the people. They were also said to rule the seasons and one of the cardinal directions per dragon god.

Dragons could change size at will, shrinking as small as the invaluable silkworms or taking up the entire sky, and they could also turn invisible. These powers made them an invaluable asset in tales of war and conquest.

As bearers of divine light rather than standard fire, dragons served as the conduit between heaven and earth. Once per year, they would report to the gods what they had found in the world below. The spirit-fire was what gave the dragons their powers.
The sun and moon were also often described as the dominion of dragons. There were many depictions of them as orbs, each with a protective dragon curled around it for protection and strength.

Dragon bones were said to contain magical properties, especially for the purpose of healing. The ancient Chinese believed that dragons shed their bones yearly, much like a snake sheds its skin. Depending on the color of the Dragon, the medicinal use would vary:

Nowadays, it can be assumed that these bones were actually dinosaur fossil bones, as the region is rich in them.

There are few creatures more captivating than the Dragon. It is one of the things most associated with China – bright, colorful, snake-like creatures that twist across the sky. The common image of a red dragon is because red is the color of good luck and happiness – and dragons, of course, bring boons to their worshippers. This is why the Dragon is often used as part of the parade during the Chinese New Year.

In the Chinese Zodiac, only the Dragon is a creature which today is not considered to exist, proving how ingrained they were in the day to day thoughts of the average Ancient Chinese scholar. Astrologically, Dragons are considered wise, intense, commanding, and the best kind of leader – in short, they have attributed the same qualities which make up the character of their powerful mythological counterparts.

So why do Chinese dragons provide such interest in people the world over? Perhaps it is their near-unique status as truly liminal beings. They are primordial creatures of the earth who commune with gods, giving us a glimpse of the kind of power truly possible for earth-born creatures who have achieved enlightenment.