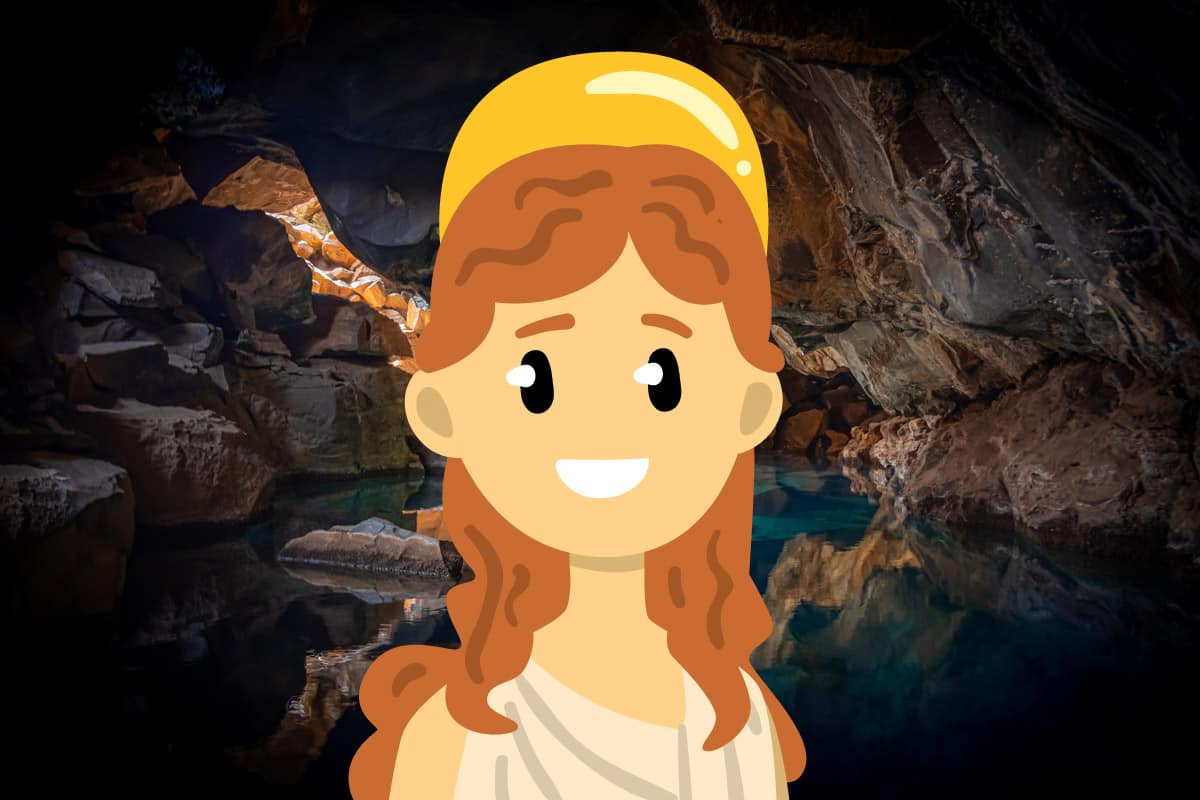 Sometimes Greek Gods were personifications of concrete subjects such as the ocean, music, or wine but often the Gods personified abstract concepts such as love or chaos. Minor deities that fall into that category are called Daemones. One such Daemone is Hedone.

Hedones’ story began with Eros and Psyche. She would later influence Greek philosophers and inspire a shine in Rome.

The closest Hedone comes to featuring in a myth is in the story of her parents Psyche and Eros. Psyche was the youngest daughter of a Greek king and was famously beautiful. Her beauty surpassed that of other mortals to such an extent that Aphrodite’s temples went neglected as people flocked to see the princess.

Aphrodite was enraged by her neglect and sent her son Eros to strike Psyche with an arrow intended to cause Psyche to fall hopelessly in love with the vilest man Eros could offer. Instead Eros fell in love with Psyche. Psyche’s father, following the advice of the Oracle of Apollo, dressed her in funerary clothes and left her on the tallest spire in the kingdom. She was brought to live with her new husband Eros in a lavish estate in the beautiful meadow. Eros was invisible to her during the day and only visited her at night when it was dark.

She was instructed that she may never see his form. Psyche became pregnant with Hedone and the two lived happily for a short time until when Psyche’s sisters came to visit her they became terribly jealous. At the behest of her sisters she waited until Eros was asleep and gazed upon his face by lamplight accidently spilling oil on him. Betrayed, he fled back to his mother. Psyche was then set upon a number of impossible tasks which must be completed in order to mollify Aphrodite and win back Eros’ affection.

Psyche failed her final task and died but was revived by Eros whose love she had regained. She was then transformed into a goddess where she represented the divine personification of the human soul. Eros asked Zeus to approve their marriage so that they could live together without being in danger from Aphrodite. Zeus agreed to his request and the couple’s tale ended happily.

Although Hedone was not the subject of Greek worship, her Roman counterpart Voluptas was. Voluptas was honored at a temple called Sacellum Volupiae. Unfortunately not much is known about her temple or her worship. Sacellum Volupiae is mentioned incidentally by Macrobius, Pliny the Elder, and Varro, usually in connection to another goddess, however they do not go into detail about Voluptas or the context in which she was worshiped. The exact location of her shrine remains unknown and there is little archeological evidence of her cult.