Skip to content
Home » 21 Facts About Bellerophon: Hubris and Thorns 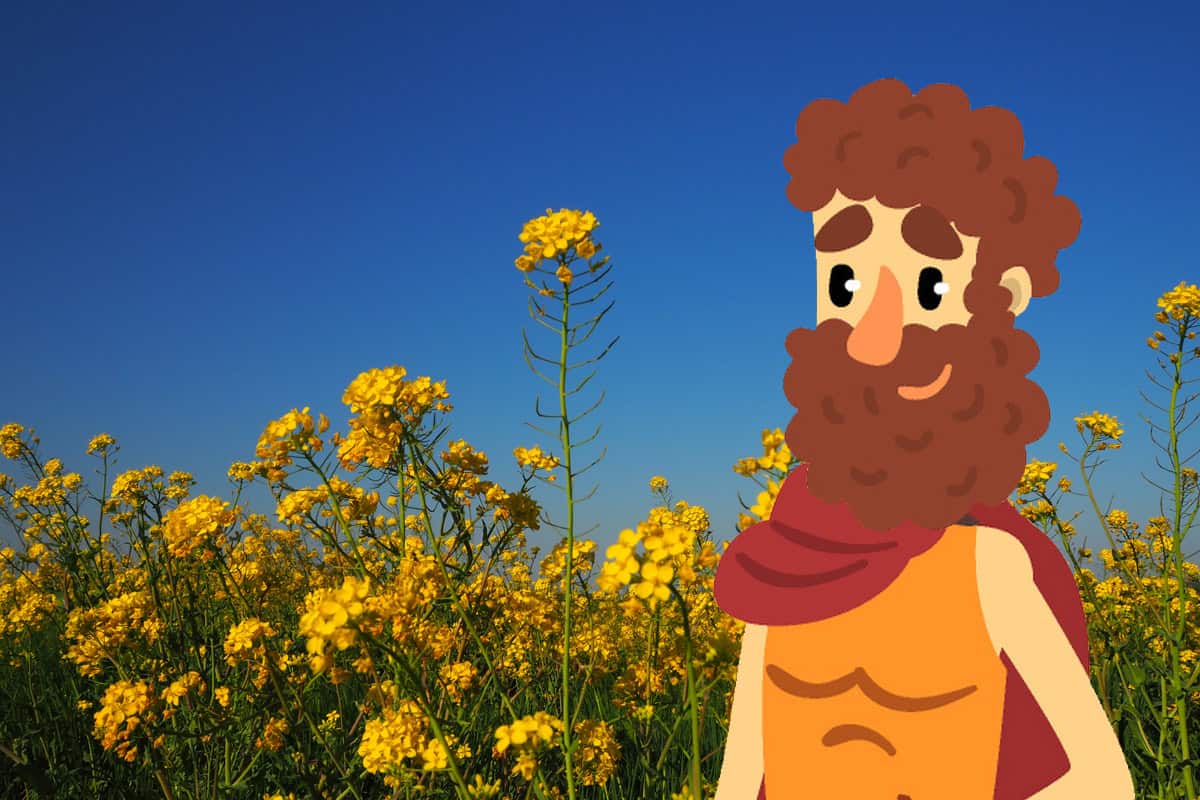 Bellerophon was a son of Poseidon and one of the trio of great heroes before the time of Heracles. He was cousin to Perseus, another of the heroes, though he bore no relation to Cadmus.

He is the most often forgotten of the Greek heroes, as though he was the rider of Pegasus, he is often conflated with or replaced by the more favored Perseus in retellings.

The following fun facts cover some of the epic deeds of Bellerophon and describe the rise and fall of this often-overlooked hero and his adventures as a slayer of monsters.

1. Bellerophon’s step-father, Glaucus, was a son of Sisyphus

Sisyphus had been cursed by the gods to never have any progeny past his already existing sons, so Glaucus’s wife, Eurynome, went to Poseidon and became pregnant. Bellerophon always considered Glaucus his true father.

2. Bellerophon was a prince of Corinth

His mother was originally a Megarian princess until she was married.

3. He killed his brother or another family member by mistake

For this crime, Bellerophon was sent into exile, where he served at the court of Proteus, an uncle of Perseus, in Tiryns.

Stheneboea, also known as Anteia, approached Bellerophon to conduct a romantic or sexual affair. Bellerophon, however, was fond of Proteus, and turned down Stheneboea’s advances.

Proteus believed his wife and, though he could not kill Bellerophon without breaking guest right, banished him to stay with Stheneboea’s father, Iobates. He sent with him a sealed note that accused Bellerophon of defiling Iobates’s daughter and entreated that Iobates kill him.

6. Iobates couldn’t kill Bellerophon after greeting him as a guest, so sent him on an impossible quest.

Bellerophon was sentenced to slay the terrible Chimaera, a hybrid monster made of a goat, a serpent, and a lion. The fire breathing monster had killed everyone it encountered.

7. Bellerophon had the help of the famous seer Polyeidos

Polyeidos aided Bellerophon by telling him how to become the master of Pegasus.

8. Pegasus was Bellerophon’s half brother as well as his mount

Both were sons of Poseidon; Bellerophon by Eurynome and Pegasus by Medusa. 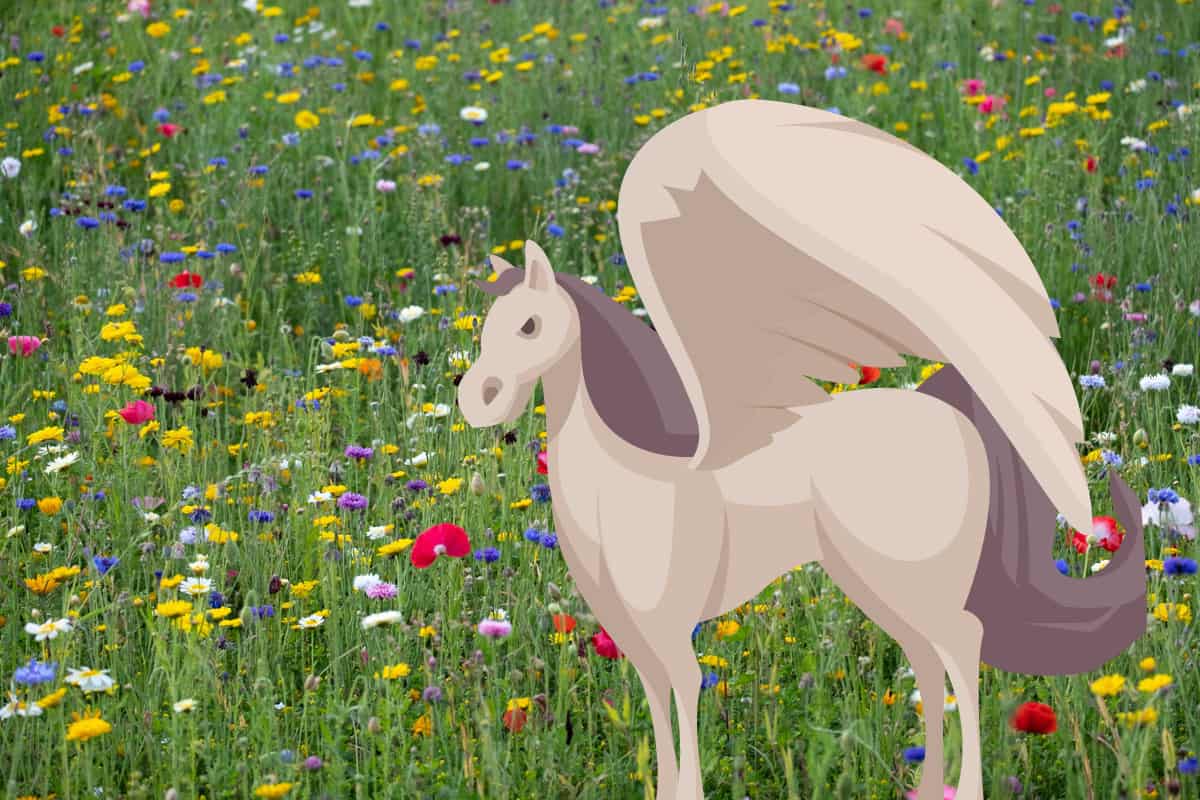 9. Bellerophon captured Pegasus with the help of Athena and Poseidon

He paid tributes to both gods. Athena gifted him with a golden bridle and Poseidon led Pegasus to a well. While the horse drank, Bellerophon captured him with the bridle and mounted him.

10. A clever plan was the only way to defeat the Chimaera

Bellerophon could not get close enough to slay the Chimaera even while flying on Pegasus. Instead, he swooped down and pierced the monster with lead, which melted in its throat and suffocated it.

11. Iobates sent him on many more dangerous missions

These included fighting pirates, thieves, assassins, and the terrifying Amazon warrior women who were daughters of Ares. Pegasus aided him in all of these battles.

The palace guards tried to kill him, but Bellerophon called Poseidon to make a flood. The palace women offered their lives or bodies for sexual conquest in exchange for protecting the men, and Bellerophon relented.

Philonoe and Bellerophon had three children. Their two sons, Peisander and Hippolochus, fought for the Trojans in the war. Peisander was killed by Ares. Hippolochus befriended Diomedes, his once-enemy, due to their fathers being friends. He named his son Glaucus in honor of his grandfather. Bellerophon’s daughter, Laodamia, had a son by Zeus.

When he became famous, Bellerophon decided that as a hero and a son of Poseidon he deserved a seat amongst the gods. He mounted Pegasus and flew up the side of Mount Olympus, intending to join them there. However, Zeus sent a gadfly to sting Pegasus, and Pegasus reared and sent Bellerophon to the ground below while Pegasus continued on to Olympus.

15. Bellerophon was blinded by thorns

He fell in a bush when he toppled from Olympus and his eyes were scratched out. After this, he wandered the earth alone, regretting his hubris, until he died.

In this version, the existing fragments imply that Bellerophon’s wife and child died, causing him to doubt and denounce the very existence of the god. He aimed to reach the top of Olympus to disprove their existence or demand his family back.

17. Pegasus became Zeus’s packhorse, then a constellation in the sky

He served Athena and Zeus for many years until he was released into the night sky.

18. Bellerophon is often conflated with another hero, Perseus

Both were monster slayers and sons of gods. Since Perseus was the forefather of the Perseid dynasty, he was a more popular cult hero and so was often portrayed as the one who completed Bellerophon’s quests.

19. Middle Ages and Renaissance writer and artists made Perseus the rider of Pegasus

This was for the same reasons as described above.

20. Bellerophon was known as ‘the blameless’

Even when he was sentenced by the gods, Bellerophon is never portrayed as defiant. Rather – apart from in Euripides’s lost play – he made a simple mistake and was punished very harshly for it.

21. Though Bellerophon did not have such a lasting legacy as Perseus or Cadmus, he has experienced a revival in recent time

He is featured in videogames, books, and even in the naming of astronomical events. One of these includes a small star in the Pegasus constellation to acknowledge his bond with the horse.

Bellerophon was not the most beloved of Greek heroes, but, by all accounts, he was a good man. The tragedy of his life was that, while he was one of the few who only tried to do the right thing, he most often ended up punished for it.