Skip to content
Home » Zeus vs Jupiter: What are the Differences? 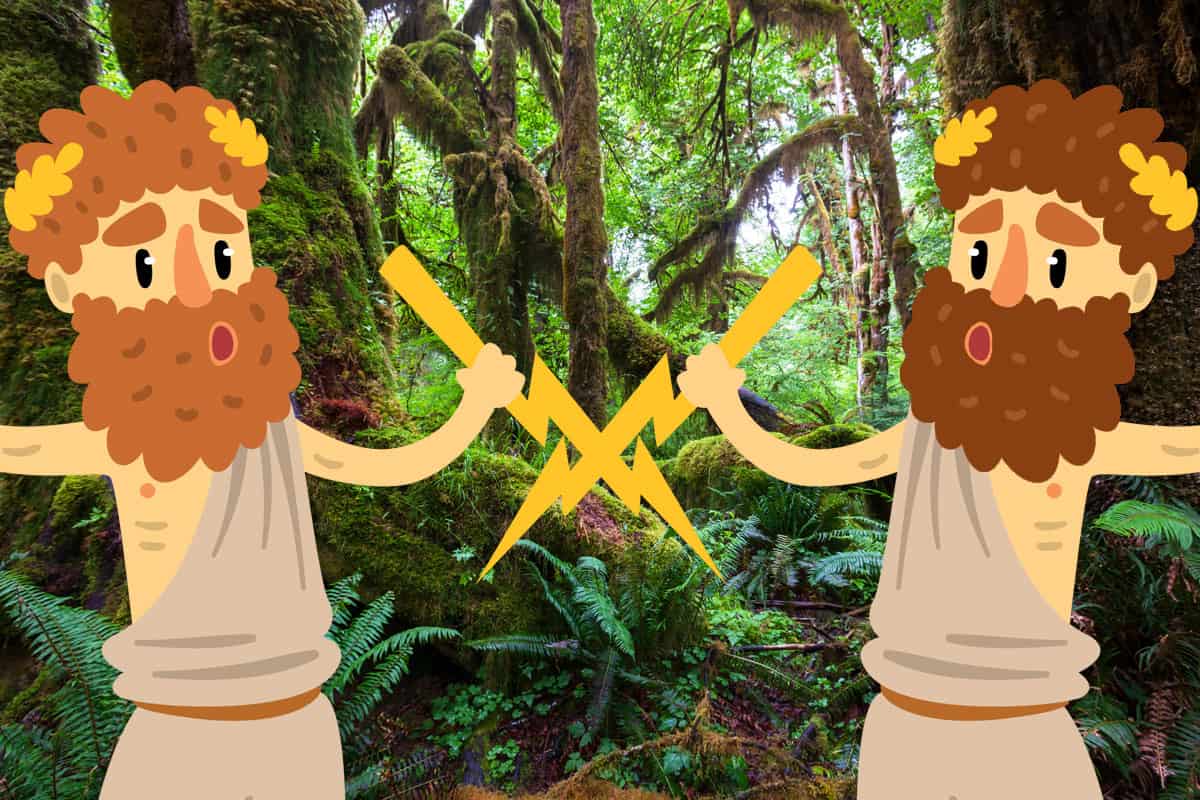 Greek and Roman mythology, like other religious origin stories, have always captured a vivid audience. Many people assume that the Romans copied their gods from Greek mythology, but what are the differences between these ideologies? And, more specifically, what’s the difference between the Greek god Zeus and the Roman god Jupiter?

The difference between Zeus and Jupiter is that they represent two different cultures, societies, and periods. Zeus is a Greek god, while Jupiter is a Roman god. They played similar roles in their state, but their portrayal differed slightly in name, description, and social function.

Greek gods were created with specific genders and personalities that mimicked humans but also surpassed human capabilities. On the other hand, Roman gods didn’t have an assigned gender and were thought of as inspirational role models to humankind. The rest of this article will detail more critical differences between the leader of the Greek and Roman gods: Zeus vs. Jupiter.

Greek gods came before their Roman counterparts. For this reason, it’s often assumed that the Romans essentially copied the Greek religion, texts, and mythologies verbatim, but there were some subtle differences.

The chart below describes the fundamental differences between Zeus and Jupiter. Specifically, how the two gods compare in terms of authorial creation, appearance, and how they were perceived by mortals of the period.

From the chart above, you can tell right away that the differences between Zeus and Jupiter indicate the different cultures and people they represented.

Zeus and Jupiter are very similar in their powers and general importance to the other gods and their status as the supreme authority in the land. However, they significantly differ in how the mortals of the time viewed them.

Many Greek stories talk about Zeus’ amorousness and how it created extreme strife between him and his wife.

Yet, Jupiter was thought to preside over marriage connections. Thus it was common for marriage ceremonies to take place with a priest of Jupiter. He was also associated with a sense of right and wrong and one’s conscience.

On the other hand, Zeus is described as a shape-shifting rapist in some literature, specifically the poem titled “Leda and the Swan.” This poem by William Butler Yeats is still debated among scholars, but the language clearly describes Leda, a mortal girl, “staggering” and “helpless” to the form of Zeus as a swan taking advantage of her.

Another clear difference the chart shows is their origin tales. Most Greek mythology comes from the infamous Homer. He wrote The Iliad and The Odyssey, which significantly shaped the Greek’s views and understanding of the gods and their relationship.

Zeus was the last-born child of the original Greek gods: the Titans. The Titans were giants born from Uranus and Gaea (Mother Earth).

Zeus’ parents were Kronus and Rhea, who were siblings of Uranus and Gaea. Kronus is a jealous and vengeful character who feared his children overpowering him and creating a new generation of gods and goddesses.

To prevent his greatest fear from coming true, Kronus would eat the children Rhea birthed; until Rhea fooled him by presenting a rock to him and hiding Zeus. Zeus was hidden on a Greek island, Crete, and raised in secret by nymphs until he was old enough to seek revenge against his father for eating his siblings.

During a battle between Zeus and his father, Zeus would free his siblings – Hera, Hades, Poseidon, and Hestia – from his father’s stomach.

Later, after defeating the Titans, Zeus had his children:

Together, they made up the Olympian gods praised by the ancient Greeks and survived through Homer’s literature.

*Note: The birth of Aphrodite is often disputed, as some tales have her springing fully grown from the sea foam that rose up after Uranus’ genitals were thrown into the water.

Jupiter’s backstory is very similar to Zeus’. His tyrannical father, Saturn, consumed his children out of fear that they would usurp him. Jupiter’s mother, Ops, hid Jupiter and gave Saturn a stone instead.

When Saturn ate the stone, he began to throw up his previously eaten children, Jupiter’s siblings. Jupiter did the same thing Zeus’ did and overthrew his father. Saturn, though, unlike Kronus, fled to Italy.

Zeus and Jupiter, while similar in appearance, power, origin, and family structure, had somewhat different personalities.

Both of them are well known for their multiple affairs and sexual liaisons. As previously discussed, Zeus’ affairs had a somewhat darker connotation than Jupiter’s. Jupiter’s affairs were thought of more as treaties and peaceful expressions.

What’s more, Jupiter’s other name, Jove, is the root term for the English word “Jovial,” meaning optimistic and buoyant, which also describes this god’s character.

While Jupiter and Zeus share more similarities than differences, the slight discrepancies in their personalities and names reveal more considerable differences in the Greek and Roman cultures they represent.

Studying Greek and Roman mythology, especially the differences between gods like Zeus and Jupiter, reveals the ancient world’s intricacies that have continued to capture western audiences for centuries.