Skip to content
Home » 4 Greek Gods of the Wind: Who Are They? 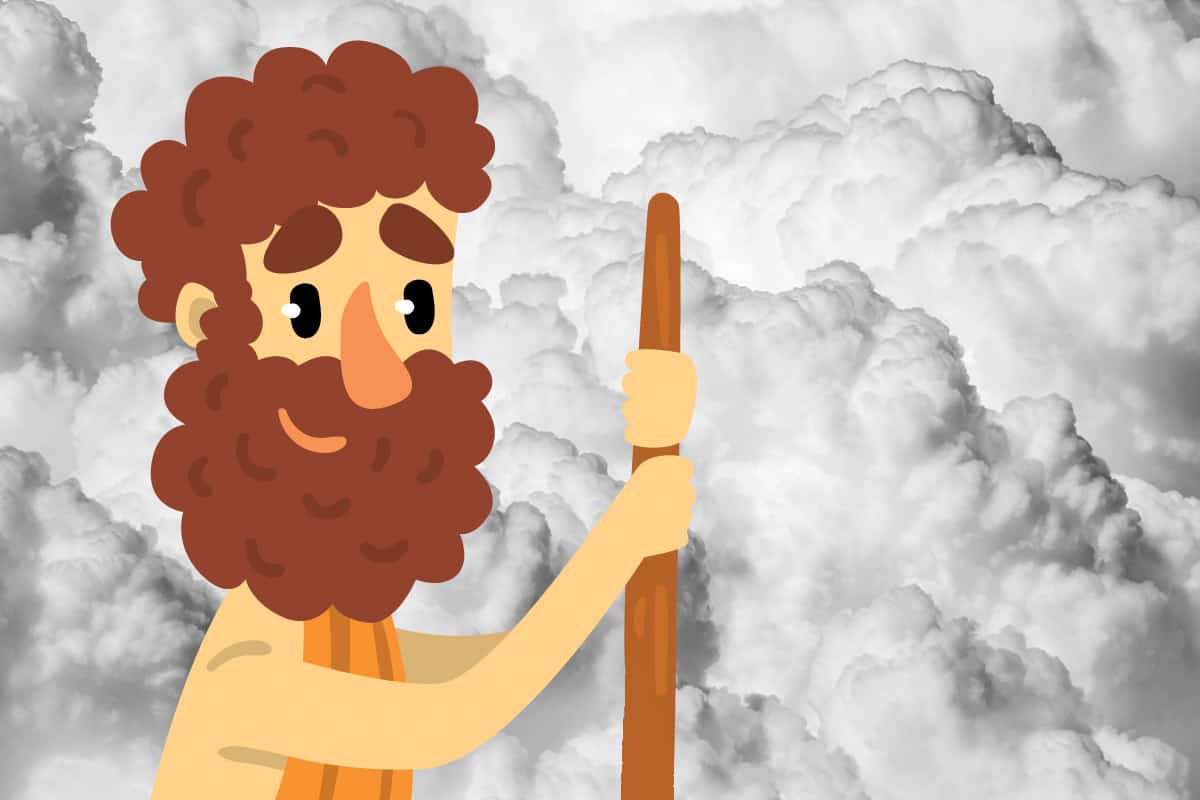 Like with most things, the ancient Greeks believed the wind to be the direct result of divine intervention and controlled by a specific deity. For example, Hephaestus was the god of fire. Poseidon was the god of the sea and water in general.

As for the wind, there are four deities, each responsible for one of the four cardinal directions. Collectively, they were known as the Anemoi.

These minor deities were not only responsible for their direction of the wind but also associated with specific weather patterns and seasons. Like all of Greek mythology, they wouldn’t exist without a good story filled with drama too.

The Gods of the Wind in Greek Mythology

An old man with a long, white beard, billowing robes, and wings on his back (and in some accounts, on his feet), Boreas is the god of the northern wind. It’s a cold and fierce wind as he is also known as the bringer of winter. Just as getting through long, hard winters requires strength, Boreas is often depicted as being exceptionally strong and as quick-tempered as a violent winter storm.

As long as people remained on his good side, he was happy to care for them. In one story, he tried to woo Orithyia, an Athenian princesses, and asked for her hand in marriage. When she rejected him, his temper flared, he kidnapped her, and married her by force. Given the laws of ancient Greece, this assault was accepted as marriage and the Athenians came to see Boreas as an extended relative. They prayed to him in times of trouble and he always responded in their favor. One story says he sunk hundreds of Persian ships that had arrived on the shores in Athens and threatened the people as a response to and intercession to their prayers.

This story was often showcased on vases and other forms of ancient Grecian art. It also served as the inspiration for Aeschylus’s play Oreithyia.

Along with the other three Anemoi, Boreas was the child of Eos and Astraeus. His home was believed to be tucked into the Thrace Mountains which he would leave to bring the winter with his icy breath.

Following winter comes spring and Zephyrus was the god of spring and the west wind. His gentle breeze brings about the first flowers of spring and drives away the icy winds of his brother Boreas. Naturally, this made him a favorite of the Greek people.

If winter is shown as an old, wizened, and winged man then spring is depicted as youthful and full of life. Images of Zephyrus typically show a winged man, fit and in his prime. More abstract images of Zephyrus include baskets of unripe fruit and or images of the wind itself. Like his brother, Zephyrus was also believed to live somewhere in the Thrace mountains.

Myths of Zephyrus show him as having many wives, amorous affairs with both men and women, and as a guide for Odysseus. His first wife was Iris, the goddess of the rainbow. From them came Pothos, the god of passion. Later he abducted Chloris who became the goddess of flowers. Their child, Karpos, was known for his beauty and ultimately tragic death during a swimming contest with his lover.

In classic Greek tragedy style, Zephyrus also fell for Hyacinth. The sportful youth, renowned for his beauty, had also caught the eye fo Apollo. The two deities battled for the affection of the boy. Eventually, Apollo won and Zephyrus was left with a broken heart. Enraged by grief and jealousy, Zephyrus came upon Apollo and Hyacinth throwing a discus. Pulling on the strength of his wind, he threw a gust at the lovers causing the discus to turn off-course and hit Hyacinth in the head, killing him. Zephyrus was saved from Apollo’s attempt at revenge by Eros, the god of love, provided he served him forever.

God of the south wind and the hot, debilitating wind that comes near the end of summer, Notus was more feared than he was revered. He was believed to bring the end of summer storms, the autumn, and the destruction of crops. His home was based in Aethiopia, a region in what is now the south Sahara.

Unlike Boreas who took his one wife and Zephyrus who took many wives and lovers, Notus wasn’t known to have any lovers. It’s also unlikely he got much attention as the Ancient Greeks viewed him as a harsh and unforgiving god to most. He was feared by farmers, sailors, and shepherds alike. Most stories involving Notus include death and instruction for anyone who incited his anger.

One such soul who experienced this wrath of Psyllos of Libya. Notus burned his crops before the harvest could come. In retaliation, Psyllos planned to attack Notus in revenge. Psyllos, alongside his army and fleet, ended up buried alive.

The only people who seemed to receive the favor of Notus were thieves.

Eurus was the god of the east wind, warm rains, turbulent storms and warm weather. He is often depicted as a youthful, winged man with a sheath of grain and a sickle. As the Greeks only had three seasons and his brothers already had them as their domain, Eurus is not associated with a particular season. He resided near the home of Helios who lived by the River Okeanos at the far ends of the earth.

Eurus is the father of Otrera who would go on to become a consort of Ares and the creator and first queen of the Amazons.

There are not many tales of Eurus but one can be found in the Odyssey. Odysseus and his crew were given shelter on the island of Aeolus. When they were ready to return home, Aeolus placed all four wind gods into a bag as a gift to help guide them home. The winds did their part until Odysseus fell asleep and his crew opened the bag, releasing the four winds. The force of their release was strong enough that the ship ended up back where it started. Aeolus took this to mean they had lost the favor of the gods and refused to help them further.