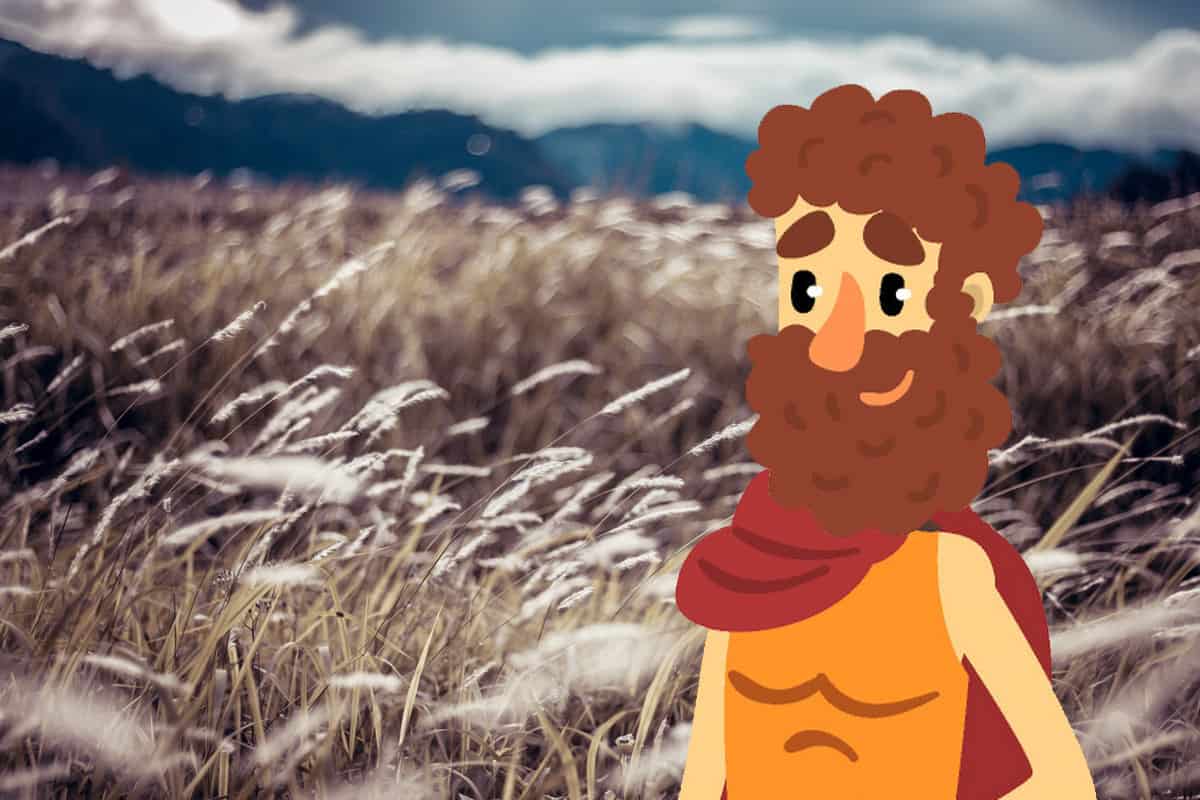 Perseus, son of Zeus, was one of the great Greek demigod heroes of ancient myth. He is most well-known for his destruction of the Gorgon, Medusa. Along with Cadmus and Bellerophon, he was considered the greatest hero until Heracles.

He founded the Perseid dynasty, of which Heracles was a descendant, and also established Mycenae. The other most well-known story is how he rescued his wife, Andromeda, from a dreaded sea monster.

The following are just some of the many myths surrounding this ancient hero. Some are commonly known across the world today, and some less so!

The Myths and Stories of Perseus

Perseus’s mother was an Argive princess. Her father, Acrisius, wished for a son, and so he approached the Oracle of Delphi for answers. The Oracle warned him that one day his daughter’s son would kill him, and so Acrisius locked Danae in a bronze chamber with an open roof to keep her from suitors.

However, Zeus had already taken a fancy to the beautiful Danae. He came to her in a shower of gold which left her pregnant. When her son was born, she named him Perseus Eurymedon, the far ruling Perseus.

When Acrisius found out about the child, he knew that the gods would not look favorably upon him for killing his own grandson who was also a son of Zeus. To get around this, he locked both Danae and Perseus in a box and threw the box into the ocean. Danae prayed while in the box, and Zeus had Poseidon use the currents to bring her and Perseus safely to the shores of Seriphos.

At Seriphos, they were found by Dictys, the brother of king Polydectes. Dictys married Danae and raised Perseus as his foster father.

When Perseus reached manhood, he realized that the ill-intentioned Polydectes wished to take his mother for his own. Danae did not want this, and Perseus protected her from the king’s advances. Angry, Polydectes responded by trying to send Perseus away from the island in shame.

The king threw a banquet and said that every honorable guest should bring a horse as a gift. Perseus had no horse and so could not fulfil the requirement. However, Perseus told Polydectes to name whatever gift he wished and Perseus would bring it to clear his name.

Thinking to rid himself of the boy once and for all, Polydectes told Perseus that he would settle for nothing less than the head of the fearsome Gorgon, Medusa, whose very gaze could turn people to stone. Perseus, with no choice, set out on the adventure after receiving Dictys’s promise that he would protect Danae in the meantime.

Athena, goddess of wisdom and patron of heroes, swore to aid Perseus on his quest. She advised him to find the Hespirides – nymphs known as the daughters of the evening – and from them receive the weapons of the gods.

Perseus sought out Deino, Enyo, and Pemphredo, three old witch-goddesses who shared one eye and one tooth. They were known collectively as the Graeae or grey ones. They were the daughters of Phorcys, who was also father to the Gorgons, Stheno, Euryale, and the youngest, Medusa.

The Graeae would neither reveal how to defeat their sisters nor the locations of the Hespirides at first. Perseus grabbed the eye they shared while they were passing it to each other and held it hostage until the Graeae led him to the Hespirides.

When he finally reached them, he received loans of the gods’ most precious items to help on his quest – a knapsack from the Hespirides themselves, the helm of invisibility from Hades, the winged sandals of Hermes, an adamantine sword from Zeus, and a shield from Athena.

4. Slaying Medusa and Fleeing the Gorgons

Perseus found Medusa sleeping. He knew that approaching her head on was too much of a risk, as one glance from her would turn him to stone. He used Athena’s shield, which was polished bronze, as a mirror to guide himself. While she slept, he sliced off her head with Zeus’s sword.

From the blood of Medusa’s neck came forth Pegasus and Chrysaor, a winged horse and a man who were the sons of Poseidon. Poseidon had raped Medusa in a Temple of Athena, leading to the curse in the first place.

Medusa’s sisters were enraged and murderous. They were immortal, unlike Medusa, and so instead of fighting them, Perseus used Hades’s helm to escape.

Perseus, on his way back home, entered the lands of the Titan, Atlas. He introduced himself as Zeus’s son and therefore a relative, and pleaded for a place to stay the night in safety. Atlas had received a prophecy that one of Zeus’s sons would steal the golden apples guarded by his daughters, the Hespirides. For refusing him hospitality, Perseus used Medusa’s head to turn him into stone.

Atlas became mountains, and stayed such until he was transformed back at some later date and punished by Zeus for his crimes in the Titanomachy. Years later, Heracles – who was both Perseus’s great-grandson and paternal half-brother – came by and tricked Atlas and made off with the apples. This completed the prophecy.

The next stop for Perseus was the land of Aethiopia, a mythical version of Ethiopia. It was run by King Cephus and Queen Cassiopeia. They had one daughter, Andromeda, who was very beautiful. Cassiopeia bragged that Andromeda was more beautiful than the Nereids, sea nymphs who were the companions of Poseidon.

Poseidon took insult to this and sent a sea monster, Ceto, to destroy Aethiopia in punishment. The Oracle Ammon told Cephus that he must sacrifice Andromeda to appease Poseidon. He should tie her to a rock and expose her to the sea to die.
Perseus found Andromeda and fell in love with her. He killed Ceto, then cut Andromeda free before the sea could drown her.

Andromeda was already engaged to her uncle, Phineas, who wished to win the throne through the marriage. As her savior, though, Perseus had the superior claim to marry her. During the wedding Phineas – against the advice of his brother – gathered some men and attacked Perseus, attempting to kill him.

Perseus defended himself by turning all of the men into stone. The wedding was completed and he left with his new wife with her parents’ blessing.

Perseus flew back from Aethiopia to Seriphos. In some accounts, he flew on the back of Pegasus, though the winged horse is more commonly the mount of another hero, Bellerophon. The blood from Medusa’s neck dropped to the ground as Perseus flew, bringing to life a deadly race of snake monsters.

When Perseus arrived back home, Dictys had been imprisoned or was in hiding, and Danae was nowhere to be seen. After asking around, Perseus learned that Polydectes’s advances had become more aggressive and that Danae hid herself in fear.

Enraged and protective of his mother, Perseus found Polydectes and used Medusa’s head to turn the man to stone. He found and freed Dictys and Danae, and named Dictys king in Polydectes’s place, with Danae as his queen.

Perseus travelled back to the land of his birth, where he inadvertently killed the grandfather who had thrown him into the sea, thus fulfilling the prophecy that Acrisius had so long feared.

There were two versions of this story. In the first, Perseus was playing a game of discus or quoit, and Acrisius accidentally stepped into the path of the thrown heavy disc. It hit his head, killing him instantly.

In the second version, Perseus found that Acrisius had been exiled by his own brother, Proteus. He turned Proteus to stone and went to rescue Acrisius. Acrisius, however, refused to accept his grandson and accused him of lying about slaying Medusa. When Perseus lifted up the head to show otherwise, he killed his grandfather, thus completing the prophecy.

After this, he gifted Medusa’s head to Athena, who set it on her shield.

Perseus was the next male heir to Argos after his grandfather’s death, but he felt a great deal of guilt over gaining a throne through killing, even involuntarily. To solve the problem, he contacted his cousin, Megapenthes, the son of Proteus. The two agreed to swap kingdoms. Megapenthes ruled over Argos, and Perseus and Andromeda became king and queen of Tiryns.

Perseus founded another city which he also ruled over as king. The kingdom of Mycenae was between Tiryns and Argos. He named it for a mushroom or his cap, both of which bore the same name in Ancient Greece. He and Andromeda made Mycenae their main home and there they had their children.

12. The Descendants of Perseus

As is clear from the table above, Perseus and Andromeda had several descendants who played extremely important roles in later major Greek mythology. As well as his descendants, several were also his half-siblings by Zeus, including Heracles, Helen of Troy, Pollux, and others. The italicized bold descendants mentioned above were whole peoples or dynasties founded by their predecessor.

13. Placed Amongst the Stars

After Perseus died, his body was cast amongst the stars as a constellation. When Andromeda followed, she too was given the same treatment, and she was placed near her husband and her mother, Cassiopeia, who had also been set in the night sky.

Though in many sources Perseus experienced a full life and natural death, the Suda tells a different story. In this version, Perseus goes to war once again bearing the head of Medusa as a weapon. He had grown old and his vision was failing, so he could not use it properly.

When he supposed that the head had stopped working, he turned it toward himself to check. He was caught in the gaze, and himself turned to stone. In this way, he met his death with some irony.

His son Merros, who is not mentioned in the general genealogy of the Perseids, then took Medusa’s head and burned it so that it could do no further harm. Perseus was then given the funeral of a great hero.

Perseus was a strong and well-remembered person in Greek mythology, one whom the Ancient Greeks considered a real historical figure. Many, including Alexander the Great, claimed to be his direct descendants. Because of this, he remains one of the most known mythological Greek heroes, even replacing others in common stories.