Skip to content
Home » Why Is Zeus King of the Gods? 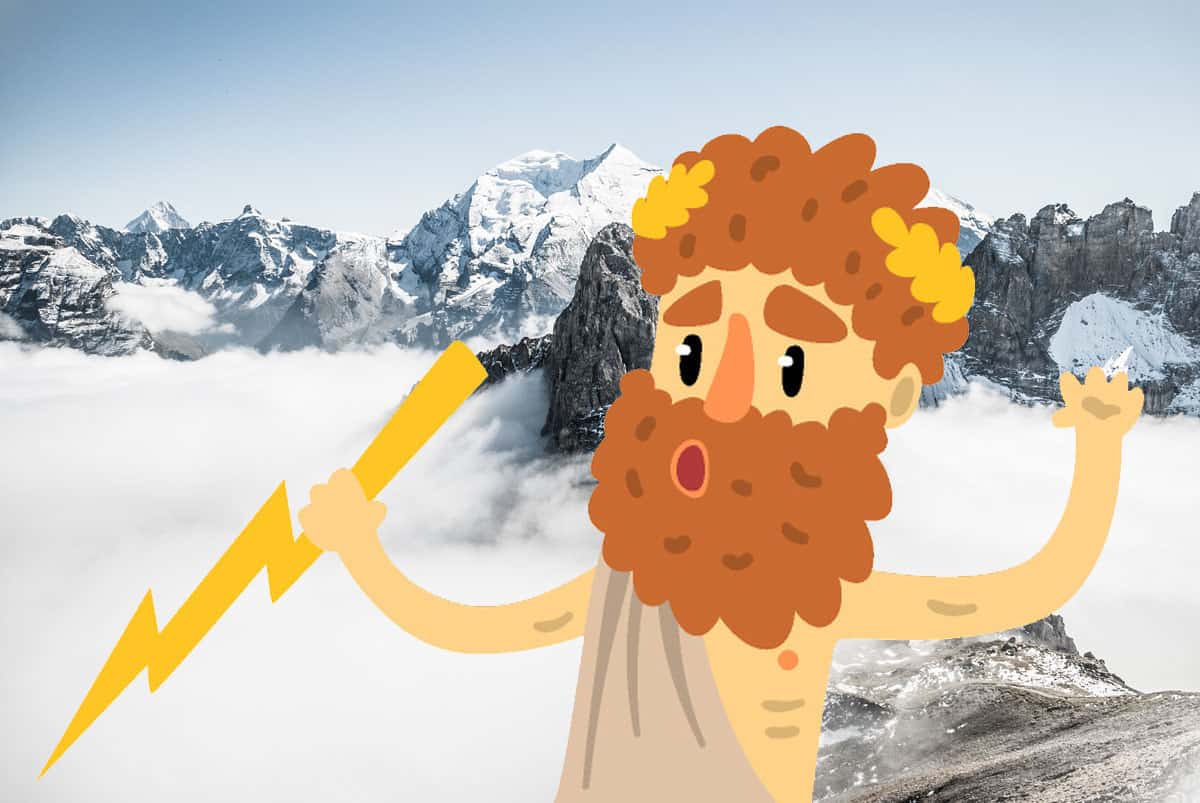 The Greek god Zeus is iconic, known for being god of the skies and smiting his enemies with lightning. But Zeus didn’t just get his position handed to him; he had to fight to become king of the gods.

Zeus is king of the gods because he ruled over the other deities. He became king after usurping his father, Kronos, who ruled Olympus. After forcing Kronos to regurgitate Zeus’ siblings, Zeus led them in a ten-year war against Kronos and the Titans. Upon victory, Zeus claimed the title of king.

Getting the king’s job isn’t a simple task, especially when the other candidates are your conniving family. In this article, I’ll explore how Zeus rose to power and answer common questions about the Greek god of thunder.

Why Did Zeus Fight Kronos?

Before Zeus took the throne, his father, the Titan Kronos, ruled the cosmos as the god of time. Kronos was told by his mother, Gaia, that his future son would usurp him. To avert this prophecy, Kronos swallowed each of his children, except Zeus.

Kronos’ wife, Rhea, secretly gave birth to Zeus on the Greek island of Crete and hid him there. When Zeus grew up, he learned of his father’s misdeeds and sought revenge for himself and his siblings. He fought Kronos and the Titans to remove them from power.

What Powers Did Zeus Have?

After Zeus freed his siblings from Kronos’ belly, he released Kronos’ older brothers from their cell in Tartarus. To show their gratitude, Kronos’ one-eyed brothers, the Cyclopes, gifted him with his signature weapon – the thunderbolt.

As the god of thunder, Zeus launched his thunderbolt at enemies to cause lightning strikes. He could control the weather and often summoned storms. Zeus was also a shapeshifter, and he changed into various animals to reach his prospective lovers.

Ruling Olympus allowed him to command the other gods, so he could order gods like Poseidon to use their powers at his will.

In the Iliad, he also shared a supernatural shield, known as the aegis, with his daughter, Athena.

Who Made Zeus King of the Gods?

Zeus, Poseidon, and Hades divided their father’s powers between them through a lottery. Zeus received control of the sky, which also made him king of the gods, since he ruled above the other deities.

Although the gods respected Zeus for his triumph against the Titans, his brothers weren’t so quick to give up the title of king. Once Zeus and his siblings had imprisoned Kronos within Tartarus, they argued over who would become the new Olympian ruler.

Poseidon was granted control over water, and Hades ruled over the underworld. The brothers shared power over the earth with each other, but Zeus ultimately gave out the commands.

Zeus became king of the Greek gods after defeating the previous king, his father Kronos, with the help of his siblings. The god of thunder received command of the skies after dividing the powers of the cosmos between his brothers. Since Zeus ruled above the other gods, he was named their king.

1 thought on “Why Is Zeus King of the Gods?”