Skip to content
Home » Anubis and Set: What is the Difference? 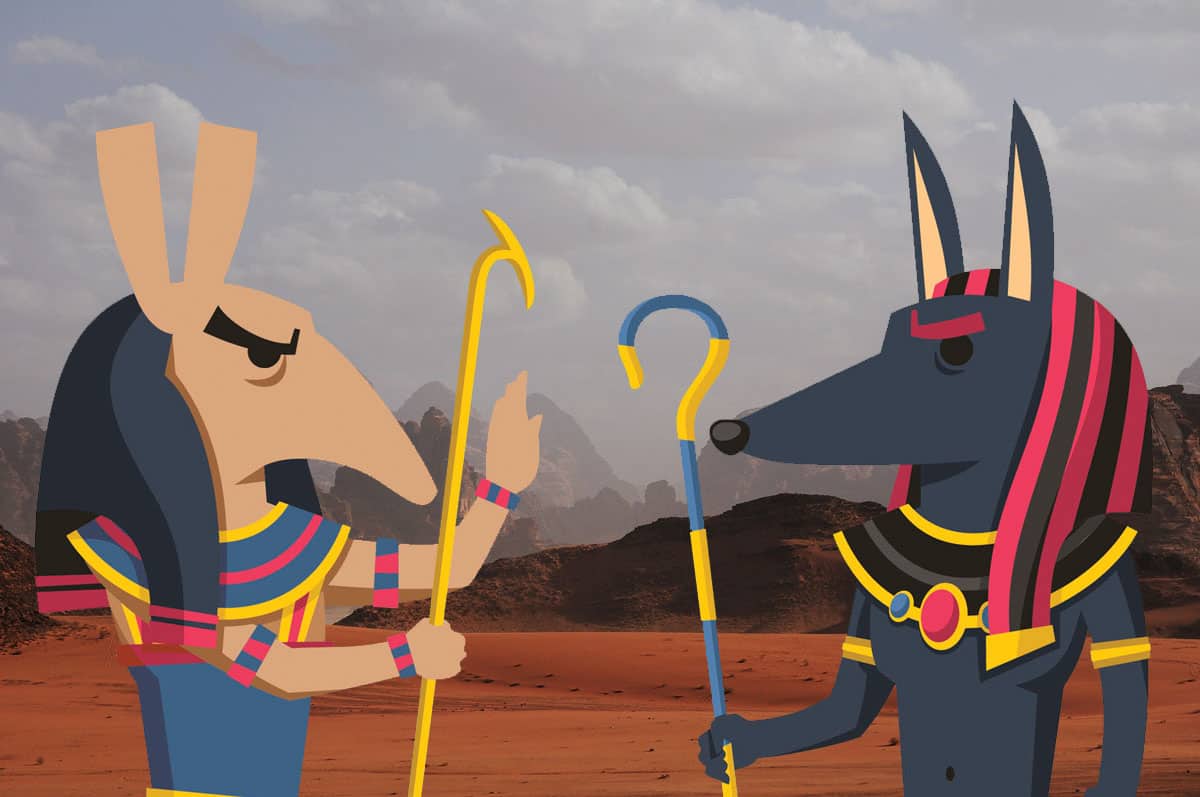 Anubis and Set were two very important animal headed Egyptian  gods. They were brothers and, depending on the myth, also father and son.

Anubis was a scary-looking animal-headed god associated with death, so it is no surprise that he is often involved by westerners when speaking of darkness and evil. However, Anubis was dutiful bordering on benevolent, while Set was the one who reveled in death and bloodshed. While Set killed Osiris, Anubis embalmed and protected his body. Set was originally Anubis’s father, but later mythology tends to agree that Osiris, not Set, fathered him. Set, a personification of evil who murdered his own brother and attempted to destroy his nephew, just didn’t make sense as father to the protector of the dead.

What’s the Difference between Anubis and Set?

Anubis was the son of Nephthys, sister to Isis, Osiris, and Set. Nephthys was Set’s wife, but Anubis’s father was Osiris. He was raised by his aunt Isis. His mother, father, aunt, and uncle were all the children of Geb and Nut, themselves the children of Shu and Tefnut. Shu and Tefnut’s parent, Atum, was the first being.

Anubis had one brother, Wepwawet. If Osiris was his father, then Horus was also his brother.

Anubis’s wife was his female equivalent, Anput. They had one daughter, Kebechet.

Set’s wife was his sister, Nephthys. Their brother and sister Osiris and Isis were also married. As mentioned above, the four siblings were the fourth generation of beings on the world. They sometimes have a fifth sibling, Her-Ur or Horus the Elder.

In some accounts, his great-grandfather was Ra rather than Atum. He also sometimes had a grandmother, Iusaaset, who was Atum’s hand.
Set also had relationships with the Semitic and Eastern goddesses Astarte and Anat. As well as Nephthys, he had another wife, Horea. Aside from possibly Anubis, his only child was Maga. Horus, Set’s rival, was his nephew.

Anubis’s mother, Nephthys, was the sister of Osiris and Isis and married to their evil brother Set. When Nephthys bore Anubis, she feared for his life and hid him in the marshes – most likely as he was the product of an affair. Nephthys hid him in the marshes, where he was rescued and protected by Isis. He was raised by both sisters, and no animosity rose between them for the affair between Nephthys and Osiris.

Anubis was a god of mummification and guarding cemeteries. He was always portrayed as a man with a canine head holding a whip or flail, and his job was to protect mummies in their tombs and on the way to the Netherworld. He was not the only death god, but he is one of the most remembered! Part of the reason for this is his importance in Osiris’s myth. After the god was killed by Set, Anubis embalmed and protected him.

The jackal-headed god lived in cemeteries and, as well as helping to send the dead safely to the afterlife, he also often attended the heart-weighing ceremony in the Hall of Two Truths. If someone was found worthy, he would prepare them for the next step in their journey to the afterlife.

He was very orderly and would punish those who messed with that order quite soundly. In one story, Set wearing the guise of a leopard tried to approach Osiris’s body. Anubis set about him with a hot poker – which is how the leopard got its spots – then skinned him and wore his fur as a coat.

Though Anubis was not evil, his messengers would punish anyone who stepped out of line in the Underworld. These demons tortured and tormented those who behaved in an unrighteous manner on their path to the next life.

In the beginning, Set ruled the night while Osiris ruled the day. Set’s ambition got the better of him and corrupted his nature, leading to wars between the gods for millennia. Set transformed his body into several animalistic creatures – often stated to be a crocodile or a serpent – to wage death against his brother.

Set was eventually victorious over Osiris through trickery. A beautiful box was offered to any who could fit inside it. When Osiris tried, Set sealed it shut and doused it in molten lead. The box was thrown in the Nile. Isis retrieved it and buried it but Set discovered the burial place. Set then dug up the box and dismembered the body into thirteen pieces and scattered them around Egypt.

After Osiris’s death, his wife Isis had to run to protect their son, Horus, from Set’s wrath. Set hunted them down and once succeeded in slaying the infant by way of a scorpion, but Isis managed to bring him back to life.

When Horus was grown, he went to war with Set to avenge the murder of his father. The two were locked in a seemingly eternal battle, until a reborn Osiris put a stop to it and Horus was made king of the earth.

During their contentions, Set and Horus warred by targeting each other with semen. Set started it, but when Horus retaliated by having his mother sprinkle his seed on some lettuce leaves, Set became ill and gave birth to a golden disk.
Before he became the personification of evil, Set was also a protector. He was sometimes the son of and always a guard of the sun god, Ra. He was often shown upon Ra’s barge as one of the honor guards right at the forefront while Ra traveled through the Underworld.

Anubis is often associated with evil and conflated with Christian ideas of Satan, but it is Set who holds the distinction of this resemblance. Anubis was dutiful, orderly, and a guardian of souls, Set was a deity of chaos and disorder.
However, there is also a strange link in the fact that Set was also once a guardian of the Underworld, suggesting a greater similarity than one would ever think.