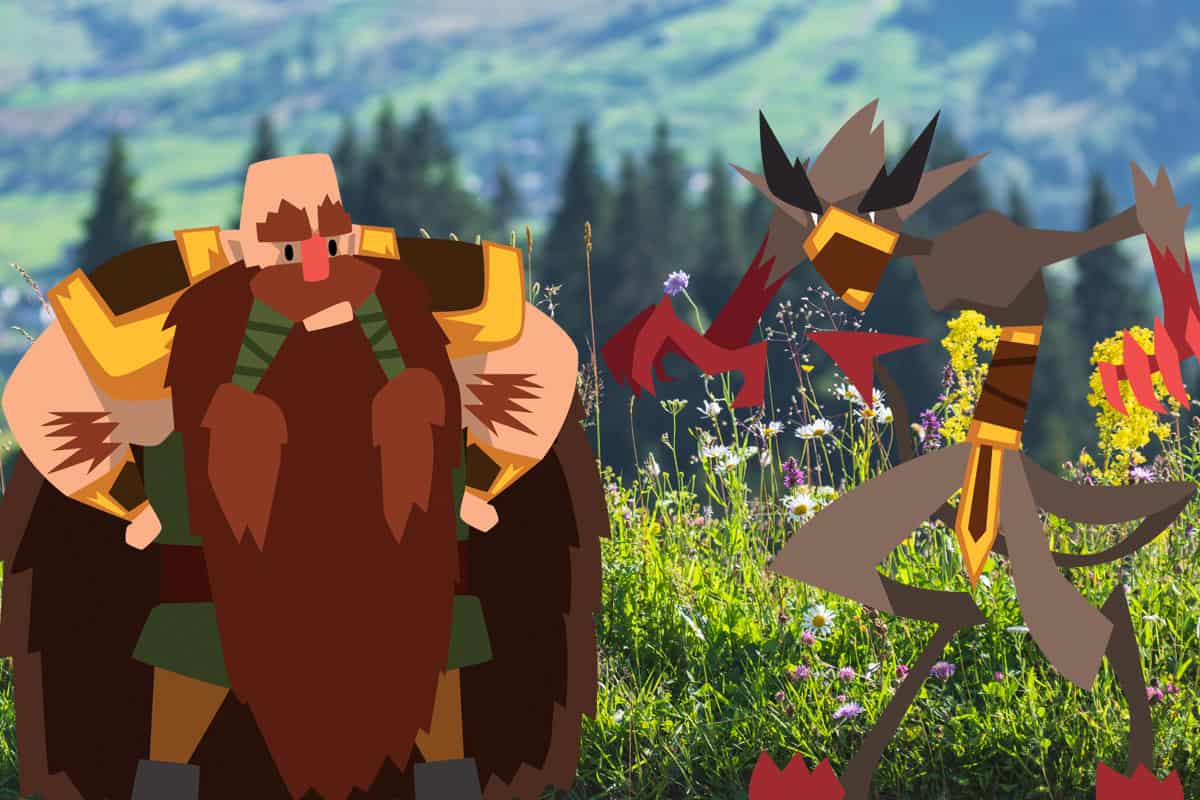 Imps and dwarves are two very different fantasy creatures. However, some of their differences are more pronounced than others.

It’s essential to know the difference between the two before you start making content with them, and we’ve outlined them below.

Imps are a typically mischievous set of creatures who can either be malicious or kind. Mythology varies from interpretation to interpretation, but imps are most commonly associated with mischief.

Imps first came from Germanic mythology and are considered a type of minor demon. While ‘demons’ might suggest that these are related to the devil and other Christian mythos, these are not the same.

Some stories also consider imps a form of fairy and say that they are the Fair Folk’s less pleasant cousins. You can also use imp to describe naughty children who are always causing trouble.

Imps are typically small, and descriptions of them vary from culture to culture. Their size is consistent, though.

They are usually ugly but know how to change their faces to look more appealing. This lets them win the trust of humans or even mimic them.

They don’t usually wear proper clothes, instead going for a loincloth or other ragged fabrics. They are also typically bald.

The powers of imps vary widely by location and interpretation. However, it is agreed that they are mischievous and like to use their many powers to play pranks, steal, and even waylay travelers.

The Will-o’-the-Wisp is an example of an imp. These are floating balls of light or fire that mislead travelers by mimicking the look of a lantern and leading them off the trail. Every time the person thinks they are finally getting closer, the Wisp moves again, just out of reach.

Most mythology agrees that most imps do not want to harm people but instead annoy and set back humans. However, in Christian traditions, they are typically shown as minor demons and associated with the devil.

Imps are closer to spirits or even poltergeists. They typically are mischievous and like to mess with humans and cause trouble. This could be anything from making milk curdle to stealing children.

However, there are accounts of imps who served gods and helped out various humans with their quests. These stories are a lot less common than the trickery tales but are out there.

Dwarves have a much more exciting and fabled history. They have featured heavily in fundamental fantasy works, like Lord of the Rings, and are one of the most popular fantasy races.

Dwarves feature prominently in both Teutonic and Scandinavian mythology. They are master smiths and are said to live underground. Some stories even consider them a form of fairie. It is believed that they have access to all the excellent wealth underground, like precious metals and gemstones.

Dwarves are typically described as short, stout, and strong.

Something interesting to note is that many interpretations say that all dwarves have beards, regardless of gender. Beards themselves have become synonymous with this group of fantasy beings and can show status, religious affiliation, and all sorts of other social cues.

Most stories that give dwarves powers make them master artificers who imbue their forged creations with magical abilities. For example, Norse mythology (and Marvel Comics) used this to explain where Thor’s hammer, Mjolnir, came from.

While dwarves may be small, their personalities typically aren’t. While every depiction is different, some key similarities usually appear.

Dwarves are known for being

They are creative people but specifically drawn to forging and metallurgy. They also typically have a passion for alcohol, namely ale or mead.

They are a people of extremes and tend to hold grudges for many years. Once you wrong a Dwarven family, it will last through the generations. Grudges can be handed down and inherited.

They fully commit themselves to causes and will not stray from that path. They are dedicated, and you’ll never find a more loyal friend.

There are always exceptions, and dwarves do have negative traits as well. They can be greedy, miserly, and xenophobic at worst. Of course, this applies to other types of fantasy races, too; elves and humans can also possess these traits.

Though dwarves and imps may sound somewhat similar, there are some key differences that you should know. Imps are small spirits or demons (depending on the story) and are typically mischievous. Dwarves are short, humanoid people who usually reside underground and who are generally well-intentioned.