Skip to content
Home » What Do Gnomes Do at Night? 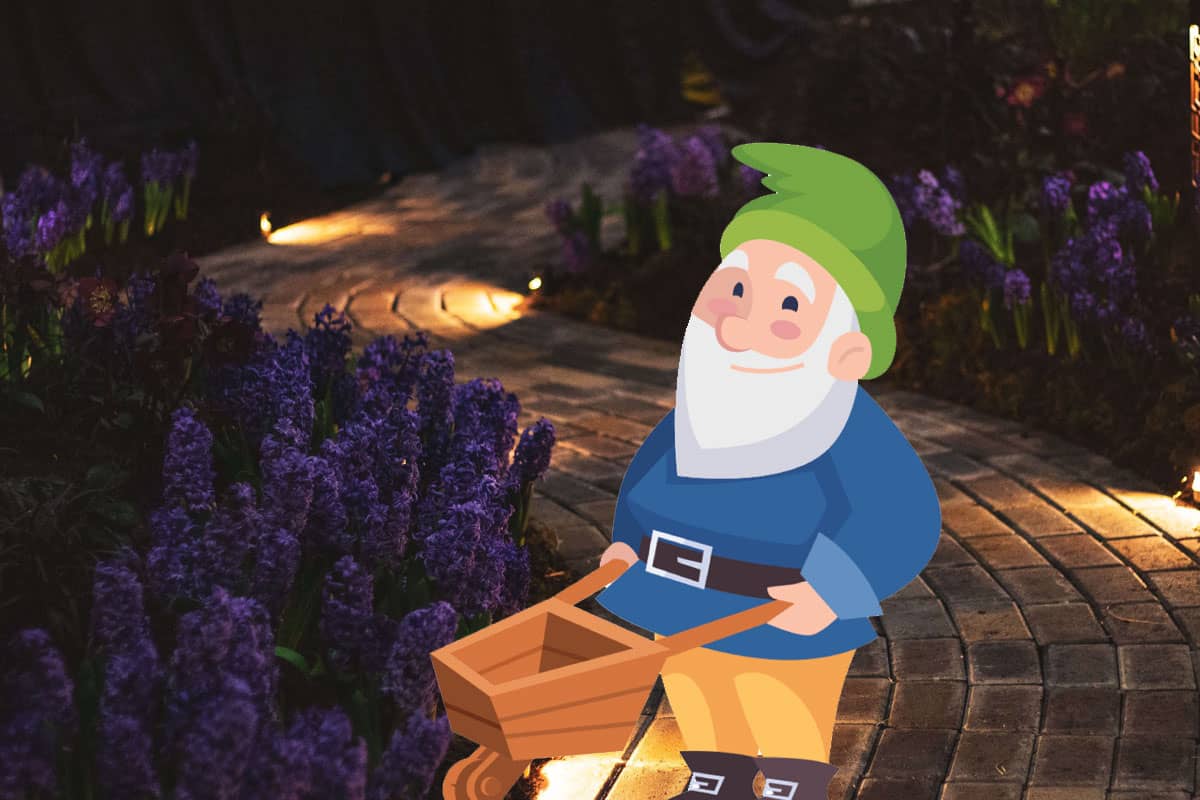 Our adorable garden gnomes weren’t always so quiet and innocuous. Their old home Nordic ancestry told of fierce creatures with the gift of metalwork and mining. Victorian retellings of the gnome myth changed these creatures to diminutive household faeries who sometimes engaged with the human world.

Gnomes are active in the night hours, feasting and engaging in storytelling in their homely but comfortable underground caverns. Gnomes detest sunlight and only emerge in the night hours where they may engage in mending, mischief, or worse if disrespected by their human neighbors.

Our modern gnomes have been domesticated and are more akin to faerie folk of Celtic and Scandinavian household spirits. The gnomes of modern fairy tales live amongst humans often unseen and overlooked due to their powers of perfect stillness. Being nocturnal, gnomes are incredibly busy in the night hours performing a variety of tasks we will discuss below.

How Gnomes Spend Their Nights

Modern gnomes spend their time feasting and storytelling and sometimes helping (or hindering) their human hosts. If their human hosts are favored, gnomes will spend many hours helping with chores, mending broken items and helping the livestock and gardens to flourish.

Gnomes are nocturnal creatures that have distinctly Norse origins, which are carried over to our modern version of gnomes today. These shy creatures use the cover of darkness to busy themselves with their own affairs and often those of the humans they live alongside.

Above all qualities, gnomes are highly industrious and hardworking and involve themselves in many pursuits outside of human watchful eyes. As night hours are gnomes busy times, folklore often tells of gnomes indulging in the following pursuits.

Gnomes are known to love a good feast and often spend time with their friends and family in their underground halls, eating and merrymaking in the wee hours. Gnomes live for hundreds of years so they have exceptionally strong ties with their family and friends.

They are also considered great storytellers, and due to their long lifespan, they enjoy sharing their long history with the younger gnomes to preserve their legacy and educate their young. They enjoy a variety of fruits, nuts and vegetables and some folklore suggests that honey mead is also part of their festivities.

Because gnomes are hard workers and have plenty of energy, they like to find ways to help their human friends or alternatively drive them crazy by shifting things about; lost car keys, missing pens and schoolwork that suddenly appear after you have given up are signs that a gnome is displeased with you.

Gnomes are protective and make sure that your home is safe from intruders and harm. It’s also said that they mend broken objects they encounter on your property. Gnomes love nature and tending gardens, ensuring fertile soil and bountiful flowers and harvests.

The Scandinavian myths of early gnomes saw a gnome as a ‘tomte’ or ‘homestead man. Modern gnomes carry the traces of these household entities with gnomes living closely with their human counterparts.

Gnomes involve themselves in human affairs, helping them mend, clean and grow their flowers and vegetables if the humans are virtuous, If not, the gnomes will spend many hours creating havoc with hidden items and general disarray.

Gnomes also spend the night hours helping the plants and animals around them. Legend tells of them freeing animals from traps and sowing the seeds of wildflowers in the dark hours when humans are asleep.

Gnomes are linked strongly to horses in mythology, and farmers could tell if the ‘tomte’ favored a particular horse by its gleaming coat and bountiful health. Tomte also favored farmers who paid them respect and often stole from surrounding farms to enhance the favored farmer’s prosperity.

Happy tomte often raid their human hosts by doing chores at night such as mending clothes and other domestic duties. In Scandinavian folklore, farmers always left a bowl of porridge and butter for the gnomes at Christmas eve, their favorite meal.

Gnomes are generally friendly folk but they can be capricious and easily offended if humans don’t respect their presence. Under nightfall, the gnomes are industrious and hard working, and besides their feats, they are hardly ever idle. If humans respect gnomes they will help them in many little ways, but if mistreated, humans will find themselves victims of gnomish pranks and tricks.