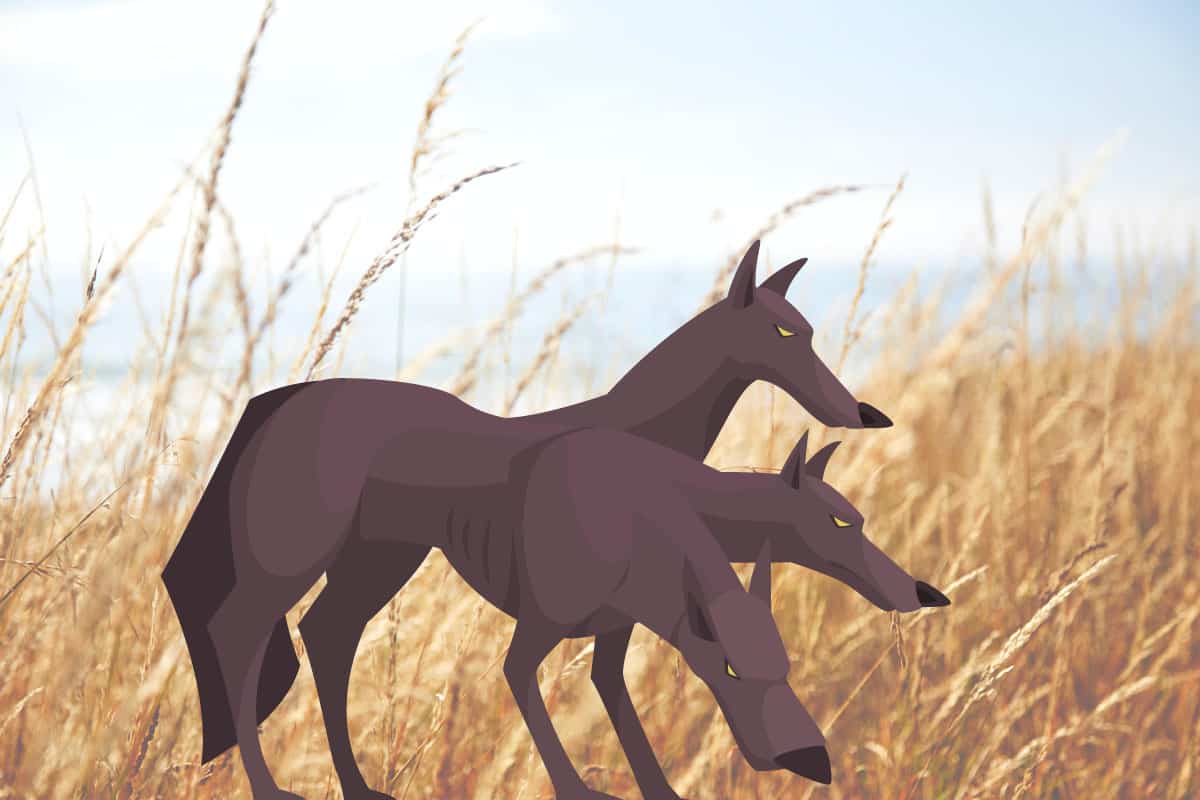 In Ancient Greek mythology, Cerberus was a three-headed dog who guarded the Underworld and was a friend, companion, or pet of Hades, God of the Dead. He was known to be fierce but not evil, solemnly tied to his duty. Since antiquity to the modern day, Cerberus and other similar three-headed dogs have been very popular in art, literature, and later movies and television shows. His loyalty to Hades and Hades’s wife Persephone, and his guardianship of the dead, has spawned many different stories.

Here are some fascinating facts that you might not have known about Cerberus!

A Few Fascinating Facts about the Three-Headed Dog Cerberus

1. Cerberus’s name could have meant many things

The etymology is uncertain. Some link it to the Greek word creoboros, meaning “flesh-eater”. Others, however, have a decidedly more friendly etymology. Along with the Sanskrit sarvarā, another legendary hound, Kerberos (Cerberus) may have originated from the Proto-Indo-European word k̑érberos – meaning “spotted” – as in, Spot the dog!

2. Though he was usually three-headed, this wasn’t always the case

In some stories, he had many more heads. His tail was usually that of a serpent, and other serpents were often depicted as growing from his body.

3. Cerberus was brother to many famous Greek monsters

His father was Typhon, the serpent-giant, and his mother Echidna, the half-woman half-snake Mother of Monsters. Cerberus’s siblings included:

4. Various writers gave Cerberus other sets of three rather than or in addition to his heads

5. One of Heracles’s Twelve Labors for the King of Tiryns was to capture and bring back Cerberus

This task was the last labor and given because it was impossible. With the help of Hermes in his aspect as a psychopomp (underworld guide) and Athena, patron of heroes, Heracles descended into the Underworld. Heracles either fought the dog (or Hades) as a test or was given Cerberus by Persephone, the Queen of the Underworld and Heracles’s sister through their father, Zeus. Some other versions have him using the souls of dead heroes to help convince Hades of his worthiness.

He was allowed to leave the Underworld with Cerberus under one condition – that the dog be returned to his master without ever being harmed.

6. Cerberus was not comfortable on the surface

In most tales, he reacted badly to the sun, temporarily blinded, and needed to be dragged into the world of man by Heracles and sometimes also Theseus. He also vomited poison, creating fields of aconite.

7. After presenting Cerberus, Heracles kept his word to Hades

He either returned him to the Underworld directly or released him from his chains, at which point Cerberus ran like the wind to return to the side of his master.

8. The Greek historian Philochorus tried to write a “rationalized” version of the Cerberus myth, as if it happened to humans

In this version, Hades (under his epithet Aidoneus) was king of the Molossians, married to a woman named Persephone. They had a daughter named Kore (usually an epithet of Persephone) and a fierce normal dog, Cerberus. Many men courted Kore, but they were required to fight the dog to win her hand, and none ever were victorious. Theseus and his friend Pirithous came to kidnap Kore, but when Aidoneus caught them, he fed Pirithous to Cerberus. Later, Heracles came and rescued Theseus.

9. The 15th century Vatican Mythographers made Cerberus an allegory

For them, the dogs three heads represented the three kinds of hatred that humans can experience: natural hatred, causal hatred (hatred for a reason), and casual hatred (accidental hatred).

They also associated Cerberuses three heads with other threes in Greek mythology: the three brothers (Hades, Zeus, and Poseidon) and their three-pronged weapons (spear, thunderbolt, and trident).

Another interpretation from the same source describe Cerberus’s three heads as an allegory for the three known continents (Africa, Europe, and Asia), because all three necks led to Tartarus and the Underworld where souls went to die.

10. Cerberus is one of many so-called Hellhounds across many mythologies

Some of his most famous analogous hellhounds are:

11. There is a constellation named after Cerberus

It was named in 1687 and emphasizes the snake-like aspects of Cerberus. It shows him with three snake heads held by Heracles.

12. A genus of snakes is also named for Cerberus

These Asian snakes are known as ‘dog-faced water snakes’!

People love dogs, and so people love Cerberus! Loyal to a fault but fierce when he needed to be, this three-headed guard dog was the perfect representation of how nobody escaped the Underworld without Hades’s express permission. After all, the dead were the dead – most of the time!