Skip to content
Home » Gnomes vs Leprechauns: What is the Difference? 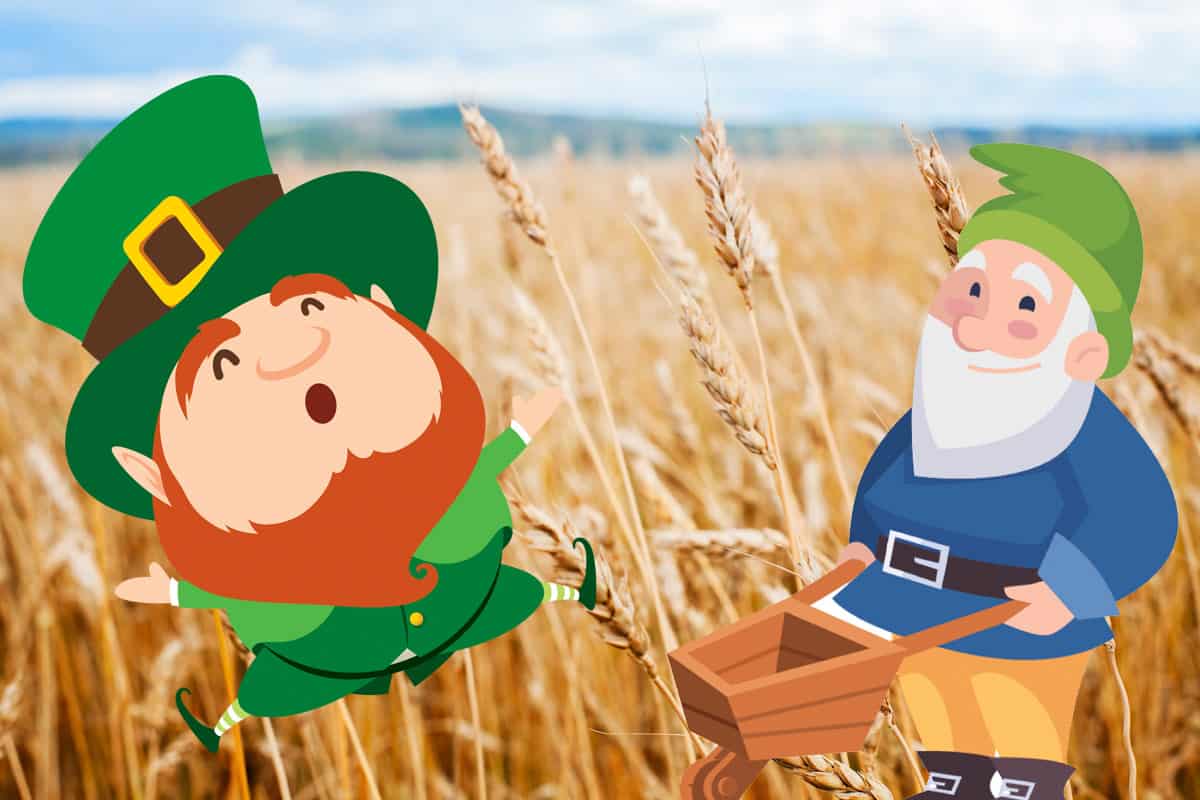 The folk tales of Europe are teeming with all sorts of fairies and mythical creatures. Many are derived from pagan traditions, while others come from modern folklore. Some creatures share many similarities, such as the elves of Norse mythology and the fairies of Celtic and Slavic origin.

One of the biggest differences between gnomes and leprechauns are their origins, with gnomes coming from Germanic folklore and leprechauns from the Irish. However, there are similarities, too. Both look like tiny humans. They are also both frequent tricksters who are wary of interacting with people.

This article will explore the origins and details of the myths surrounding gnomes and leprechauns and explain some of the key differences between the two.

Before we start comparing and contrasting the two creatures, let’s look at a brief overview of each.

Gnomes are earth elementals first described by Swiss scientist Paracelsus in the 16th century. Very close to the dwarves of German folklore, these creatures were said to stand ‘two spans,’ or about 1.5 feet (0.45 m) tall. They originated as spirits of the earth, who could pass through solid rock as easily as a human can pass through air.

They are frequently associated with treasures and unknown secrets buried beneath the ground. Many folk tales describe them as guarding hoards of gold, while others describe them as haunting mine shafts or punishing humans that wander into their domain.

Their abilities and behavior are consistent with other Earth-dwelling spirits of European folklore, such as Germanic dwarves and Greek chalybes. Although they have become a beloved icon for Swiss folklore and European mythology in general, most of their most well-known qualities come from modern interpretations.

Leprechauns are mischievous fairy-like creatures originating as water spirits in ancient Irish folklore. Surprisingly, there are only sparse references to them in Irish mythology. Like gnomes, the bulk of their modern image is a relatively recent development.

Some folk traditions associate the leprechauns and other fairies with the Tuatha de Danann, or children of Dana. These are god-like beings in Irish mythology who inhabited ancient Ireland before the settlement of Gaelic humans.

Most commonly, leprechauns are said to be simple cobblers who hide gold beneath the ground. They frequently offer wishes as ransom if they are captured. Generally, they are quite crafty and are described as tricking or harassing humans more often than gnomes.

— Leprechauns and Gnomes – Similarities and Differences

Although leprechauns and gnomes have a lot of similarities, their differences often come down to incredibly specific details. For example, although both are seen as short, leprechauns are actually much taller than gnomes.

The chart below shows a quick overview of how these similarities can be broken up into differences.

— What do gnomes and leprechauns have in common?

The similarities between gnomes and leprechauns can be boiled down into the following bullets:

While these are some quite generic similarities, these also tend to be the traits most associated with gnomes and leprechauns. On a surface level, the two are almost identical. It’s when you get into the small differences in their similarities that you can tell the difference between a leprechaun and a gnome.

Are Gnomes and Leprechauns the Same?

Gnomes and Leprechauns are very similar, but they come from two different mythologies and have some different features, such as their abilities and appearance.

Gnomes are first attested in renaissance literature, starting with Paracelsus in the 16th century. Other Germanic authors contributed to their image throughout the ages, and by the 18th and 19th centuries, the gnome had become an earth-dwelling counterpart to the more ethereal fairy.

The first appearance of leprechauns in Irish folklore is the medieval Irish story of Fergus, Son of Léti. In this story, King Fergus of Ulster falls asleep by the Irish shore. He is abducted by three leprechauns, who attempt to drag him into the water. The king awakens and manages to subdue the leprechauns, who grant him three wishes in exchange for freedom.

Gnomes are rarely depicted with consistent visible traits. Paracelsus described them as “a people of small stature, the guardians of treasures, of mines, and of precious stones.” Like leprechauns, they often have old or withered features.

Although leprechauns are most commonly depicted wearing green in modern times, they were initially said to wear red clothing. Irish folklorist D.R. McAnally Jr. says they are “about three feet high, dressed in a little red jacket or roundabout, with red breeches buckled at the knee, gray or black stockings, and a hat, cocked in the style of a century ago, over a little, old, withered face.”

Gnomes are described as having the following abilities:

Conversely, leprechauns are usually depicted with an entirely different set of powers:

Both gnomes and leprechauns are noted to be mischievous, although this quality varies depending on the source. Gnomes are depicted as being overall friendly to humans, whereas leprechauns are more hesitant. Sometimes, leprechauns are described as outright hostile towards humanity.

Both creatures tend to guard treasures hidden underground. Gnomes are sometimes shown helping humanity, for example, by leaving veins of gold for them to find. By contrast, one famous quality of leprechauns is that they will fix broken shoes that are left out at night.

Although gnomes and leprechauns are inspired by different mythologies from two completely separate cultures, they both reflect similar sensibilities in popular folklore. Both of them have an affinity for gold and a cautious attitude towards humanity. Although not always hostile, their antics toward humans often take the form of trickery.