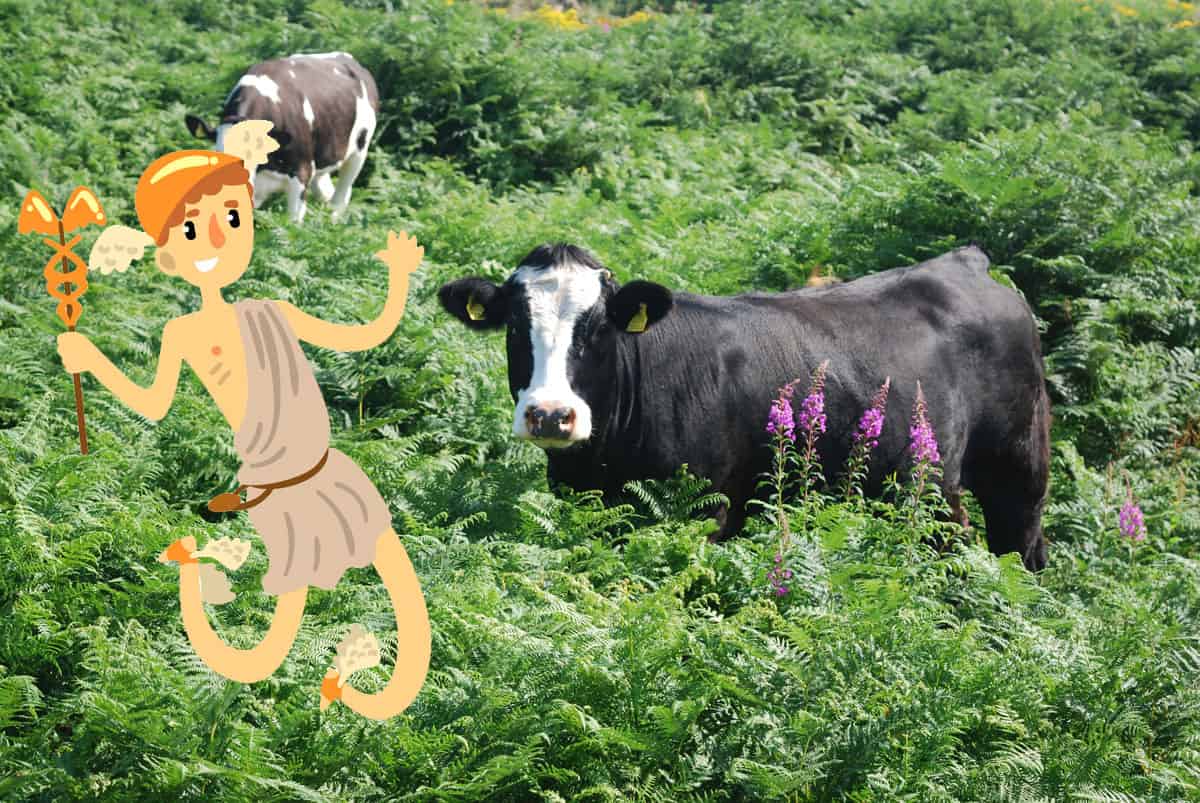 The Twelve Gods of Olympus (the Olympians) were the ruling gods in Ancient Greek mythology, each with distinct and influential personalities, but why is Hermes particularly important?

From sending messages to conning gods, Hermes has always been an incredibly significant background player in Olympian myth. He’s the messenger god, but also the god of thievery and trickery, and that shows in several of his most common myths. Perpetually youthful and energetic, Hermes is always a fan favorite amongst those who study the myths and legends of Ancient Greece.

What Role Does Hermes Play in Some of the Myths?

Hermes is often seen as somewhat of a “background Olympian,” but don’t be fooled – that’s precisely the way he likes it! He serves as an advisor and messenger for Zeus, a psychopomp for Hades, and as something of a wildcard. Hermes is the most chaotic of the gods, usually pursuing his own sense of right or wrong. Here are some of the top stories surrounding Hermes.

Breastfed by Hera – Like many of Zeus’s offspring, Hermes was the result of an affair. His mother, Maia, was a naiad and daughter of a Titan. Hermes knew that Zeus’s wife Hera had something of a reputation for not reacting well to Zeus’s illegitimate children. Hence, as a baby, he disguised himself as Ares. Hera breastfed him, thinking he was her son, and after that, she and Hermes were bonded despite his parentage.

Hermes would act in this role for others, including rescuing Dionysus from Hera’s wrath and killing Argus to protect Zeus’s lover Io.

Protecting Priam – Hermes was a friend to humanity, connected to them more closely than all the other Olympians (except maybe Dionysus). Though he allied with the Greeks during the Trojan War, he protected Priam, King of Troy, when the king went into the Greek camp to retrieve his dead son’s body.

Appeasing Apollo – As a young child, Hermes stole fifty sacrificial cows from his half-brother. Apollo was furious but could not prove Hermes’s guilt. Apollo got Zeus involved, but Hermes worked out a deal – he had just invented the first lute, and he would give it to Apollo in exchange for the charges being dropped. An agreement was made, and the two were friends thereafter.

Baucis and Philemon – Disguised as poor travelers, Zeus and Hermes traveled to earth. The people of the land were all wicked and turned them away for the night, except for the old couple Baucis and Philemon. Though they were not wealthy compared to the rest of the village, the couple showed hospitality. In return, when Zeus destroyed their town, Hermes took Baucis and Philemon away to safety.

Helping Odysseus – Hermes, like many gods, aided the hero Odysseus on his travels. He warned Odysseus about Circe’s trickery, delivered the release order to Calypso, and took the souls of Penelope’s suitors to the Underworld.

What Were Hermes Jobs and Epithets?

As mentioned, Hermes was an extremely versatile god! He one of the most varied of the gods in his dominion, and he had several epithets for each of the roles he performed. The table below goes into some of them – but by no means all!

Who Were the Children and Lovers of Hermes?

Like many of the Olympians, Hermes had several children by several different lovers. Some were divine, and some not, and many were gods in their own right. Parentage tends to vary by source, but according to many, some of his most famous children include:

Hermes also had male lovers, as well as female lovers with whom he had no children. Some of these include:

What Are the Symbols of Hermes?

Hermes has several symbols that are associated with him or with his Roman equivalent, Mercury. Some of the most important are:

Hermes is still one of the most well-known of the Olympian gods in modern pop culture. He has a delivery company that bears his name and several national mail services that use his symbols. The tire company Goodyear uses the character of his talaria to show how fast their tires can go!

His caduceus is often used in the US as a symbol of healthcare. It’s actually a mistake, as it is confused with the Rod of Asclepius, a healing god. However, Hermes’s associations with sleep and death made this common mistake proliferate.

Hermes is also a popular stock character in any media involving Greek mythology! He was a geeky messenger in Disney’s Hercules (1997). Still, more recent adaptations usually emphasize his trickery, youth, wit, and role on the side-lines of the gods.

In the 2020 videogame Hades, Hermes is an orchestrator of helping the player behind Olympians’ backs. Immortals: Fenyx Rising (also 2020) shows him as an abrasive but ultimately well-meaning youth who helps Fenyx save the world from the Titan, Typhon.

Hermes is often a favourite of classicists, and for a good reason. He is one of the most accomplished and multifaceted gods, and he shows the importance and power that comes from working in the background. Although he can easily be mistaken as a simple messenger at first, Hermes’s power comes from his affability and innate curiosity about the world.

Hermes’s sense of morality was learned from humanity more than any of the other gods. Perhaps that’s why people find him so relatable – because he acts like many of us would if we were given superpowers! He works within the boundaries of his father’s rules. Still, Hermes excels in using loopholes and trickery to achieve his ends and create the best results for him and those who worship him.