Skip to content
Home » Why Brahma is Not Worshipped? 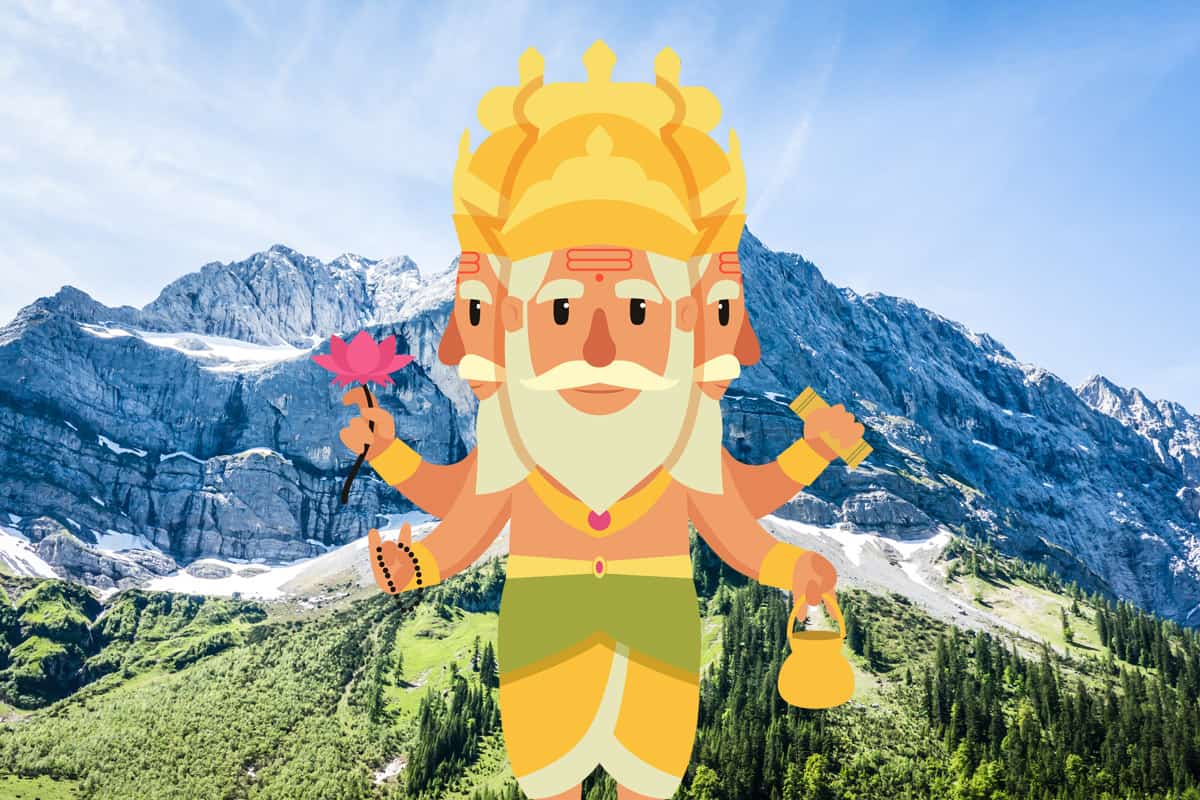 Lord Brahma has been the subject of a lot of speculation amongst the Trimurtis because of how he is the most obscure and the least worshipped deity of the three. There are reasons for this within mythology as well as historically.

Historically, the fall of the popularity of Brahma has been attributed to the rise of the Vaishnava and the Shaiva sects, as well as others such as Shakti, which are all beliefs with the other deities as the supreme beings. Mythologically, the most popular reason is also the reason that Brahma lost his fifth head. It is said that a curse was placed by Shiva on Brahma that he would be worshipped seldom, after Shiva cut off his fifth head which was a metaphor for ego.

There are several legends and stories that try to justify this lack in the worship of Brahma. Here are some of the major reasons for the absence of Brahma’s worship.

In the Shiva Purana, there exists a legend that when the Trimurtis were created, they eventually ended up trying to find out who was the supreme being amongst them. Shiva intervened in a tussle between Brahma and Vishnu by creating the Jyotirlinga and the one who would reach its end would be considered the supreme being among the two.

While Vishnu conceded claiming that the Jyotirlinga does not have an end, Brahma lied, and with the help of the flower Ketaki as a witness, he claimed that he had seen the end. Shiva realized that Brahma was lying and immediately cut off his fifth upward facing head. Furthermore, he cursed Brahma that he people would rarely worship him, and that he would remain obscure in the world of people.

In the Saraswati Purana, it is said that Brahma created Saraswati, the goddess of Knowledge and once she was created, he was overcome by lust and longing for how beautiful she is. However, she showed no interest in his advancements and eventually had to flee him every time he came to her.

Eventually, she had no choice but to seek the help of Vishnu, who claimed that since she is the goddess of knowledge, she is bound to eventually attract a lot of attention from people who seek too much knowledge, and the only way to distract them from this endless thirst for knowledge and to let humanity propagate itself, is a force called ‘lust’ and that there is nothing that can be done to prevent it. Seeing no solutions to her problem, Saraswati eventually cursed Brahma to have very few followers and to be virtually forgotten and not worshipped.

The most obvious historical reason for the lack of Brahma’s worship in modern day, is the rise of several sects in Hinduism around the 7th Century AD, like Vaishnavism, Shaivism, Shaktism, Smarta, and even constant competition with other faiths like Buddhism and Jainism that were gaining traction.

Sects like Vaishnavism and Shaivism were gaining popularity very fast and ended up being very dominant in most of the Indian Subcontinent, so much that a lot of Hinduism seemed to appear synonymous with these two sects.

Furthermore, many scholars also claim that the nature of Brahma as the sole creator, makes it difficult for people to worship him as his role is already complete by the time we are formed as beings.

It is other deities like Vishnu and Shiva who preserve and destroy respectively that need to be appeased for a devotee to have good luck and prosperity. This reason, although trivial, makes more sense when the deities are seen more like qualities or elements rather than anthropomorphic beings.