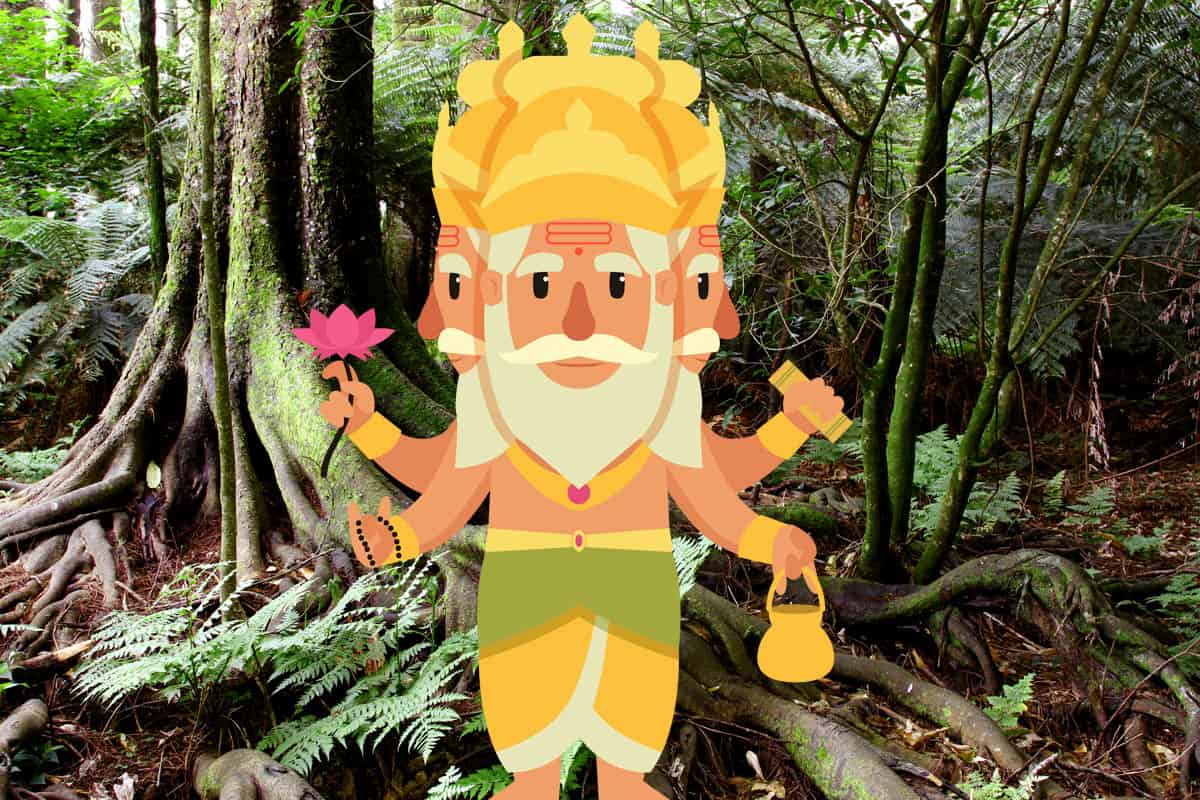 Brahma is the creator god of the Hindu pantheon. He is the force of creation and is the first part of the Hindu Trinity. This Trinity is commonly referred to as the Trimurti in Hinduism. It consists of the gods Brahma (creator), Vishnu (the preserver), and Shiva (the destroyer).

The importance of Brahma centers on his capacity to create and bring new life after death. One powerful way to view this deity is as a singular part of a cyclical existence. In Hindu mythology, Brahma creates, Vishnu preserves life, and Shiva destroys life when the time comes. But, this destruction is never the end of the cycle. Rather, Brahma always brings back life and existence to the world to restart the cycle all over again.

Despite his power, there are only 2 shrines dedicated to this creator god in India today. Why is this and where is his power most evident?

Why is Brahma Important?

The importance of Brahma is his driving force to create and give life to earth. In some manner of speaking, he is a fertility deity (though, not directly). But, he is the god who permits new life and new existence to come into being.

As part of the trinity of gods, he is the first. He is the one who permits Krishna and Shiva to do their duties. There are some legends that state if it was not for Brahma these deities would not exist. For their necessity would not exist without the worlds coming into existence.

His other importance stems from his association with wisdom and the Vedas. From his existence the Vedas were said to spring. In some legends, the Vedas were his children and spread his wisdom around the world. One of his most iconic capabilities is his ability to procreate.

With his wife, Saraswati, they birthed many children, possibly, including the Kumarars (purity). Saraswati was part of her own trinity, along with the wives of Shiva and Vishnu. When combined, it is thought that Brahma embodies the idea while Saraswati gives it substance.

A common name for Brahma is “Prajapati” which is a name of a father deity. It is believed that in the past he was a tribal father deity who ruled the skies. He would have been somewhat reminiscent of Zeus in Greek mythology. Especially with his capacity to procreate.

His marriage to Saraswati (who embodies waters and rivers) is significant in his relation to the creation of life. This is because rivers and waters are common associations with fertility and new birth.

His power and prestige was not to last, however. As Hinduism became more solidified and shifted focus from earthly power to spiritual enlightenment, Brahma lost power. This is emphasized by the fact that one of the reasons Brahma is not worshipped often was his sexual exploits.

It was said that he could not control himself when he first gazed upon his wife. He sprouted a total of 5 heads as a result of trying to continually gaze upon her. He is not seen as a being who has self-control which is not a strong attribute in the Hindu faith.

Of the three in the trinity, it is believed that Shiva is the most powerful. According to legend, when Vishnu and Brahma argued about which of them was the strongest, Shiva outshone them all.

For some historians and experts, this symbolizes the subjugation of the ego. Since Shiva was able to see past the ego in a way Brahma was not able to. Whether Vishnu could is somewhat debated.

Who are Brahman and Brahma?

A common confusion (due to the similarities in their names) is made between Brahman and Brahma. These deities are not the same. Brahma is said to have sprung from Brahman at the beginning of time.

Here are the major distinctions between the two: