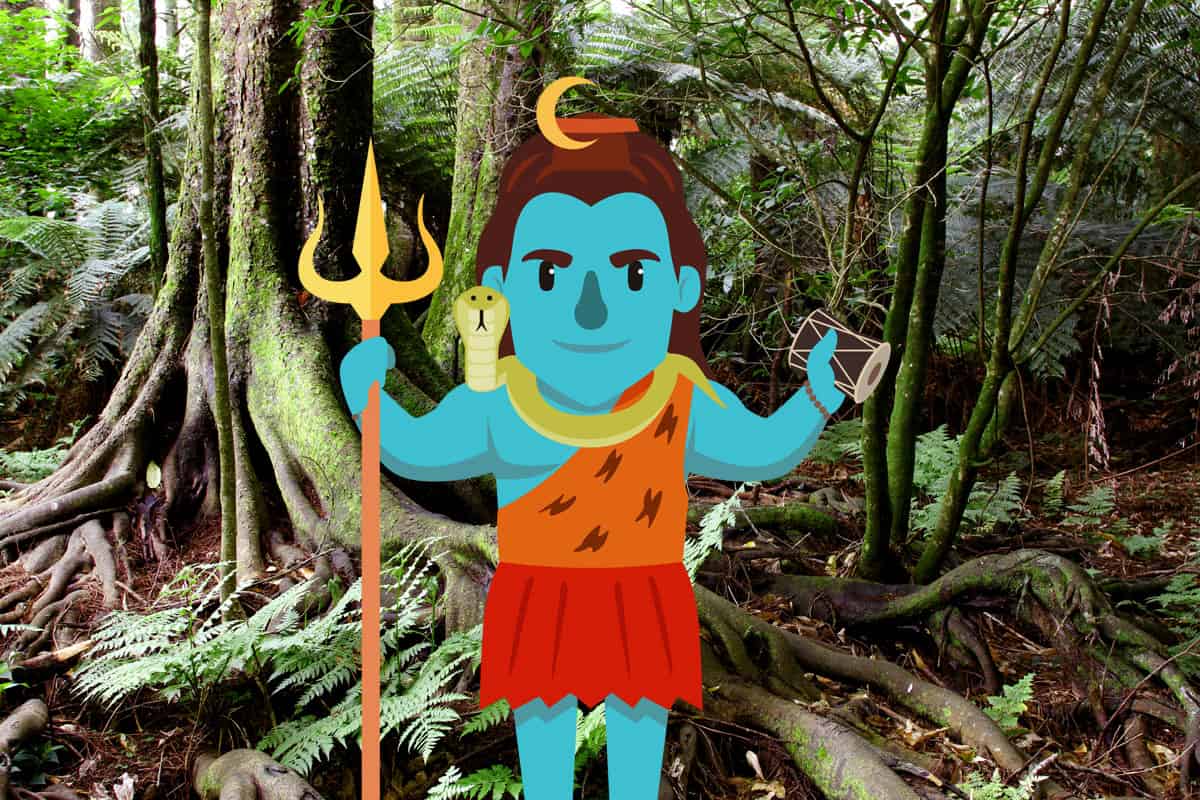 Shiva, “The Destroyer”, is one the three principle gods in Hinduism, part of the holy Trimurti. At first glance, one might assume he is the evil or dangerous villain of Southeast Asian lore, but Shiva is a complex character – and arguably, Hinduism’s most important god.

Shiva is a perfect example of how Hinduism sees life and death as necessary, equal, and welcome parts of life. Shiva is known both as a benevolent, all-knowing yogi who lives a simple life in the mountains with his wife and children. His wisdom and kindness are well known. At the same time, Shiva has a fearsome, dangerous side. As a warrior and destroyer, he slays plenty of formidable demons – including his own children – and is prophesied to destroy the world at the end of time. However, only with destruction of this earth can creation of the next, perfect world begin. At the same time, Shiva is revered as the wise, peaceful god of yoga and the arts.

So how does Shiva embody the seemingly contradictory values of destroying and creating, “good” and “evil”, and what is his legacy within Hinduism?

Why is Shiva Important, Really?

Shiva likely evolved from the ancient Vedic god, Rudra, who is referenced in the Rigveda as powerful and vengeful with the power to also save humans and bestow good fortune. Shiva was probably introduced from religious followers outside of the Indian subcontinent, but rose to prominence in the 2nd century Gupta period during the revival of Hindu Dharma. This is when many great temples were built to Shiva as well as Parvarti. By the time of the great Hindu epics such as the Ramayana and Mahabharata, Shiva is fully entrenched in Hinduism as one of the three most powerful gods, part of the Trimurti.

Within this triumvirate, Shiva’s role is to destroy the universe, while the other two gods are known for creating and preserving it. However, Hindus regarded destruction as a natural phase in the cycle of life, and in fact necessary in order to bring about a world without imperfections. As the destroyer, Shiva is associated with time.

Shiva is also the Protector of the Vedas, historic religious texts. Composed as early as 1500 BC, the Sanskrit verses, hymns, and poems are full of wisdom and revelations received by ancient sages. Hindus believe that the Vedas transcend time.

Shiva’s wife is Parvarti, the mother goddess. However, one of the gods did not approve of this marriage and thus held a sacrifice to all the other gods, excluding Shiva. In response to the disrespect of his love, Shiva sprouted two demons from his hair and caused catastrophe at the sacrificial ceremony, beheading the god who defied him. Only when all the other gods begged Shiva to end the violence did he bring the other god back to life – with the head of a goat – and married Parvarti.

Shiva’s children include three sons and three daughters, who feature in other famous Hindu mythologies (some more than others). They are:

Shiva’s importance is evident in his prominence within a number of Hinduism’s tales. Shiva is often depicted with flowing hair, representing the flowing, holy Ganges River that he brought to earth from the goddess Ganga. Shiva also is revered for drinking a poison that was spreading through the ocean, saving humanity.

Ganesh, one of Hinduism’s most popular Gods, is a son of Shiva, and how Ganesh came to get his easily recognizable elephant head is common lore. Parvati allegedly created Ganesh while she was in the bath, and Shiva mistook Ganesh for a suitor, cutting off his head in anger. He then realized what he had done, and bestowed his own son with the head of an elephant.

Shiva’s reputation in Hinduism also mirrors his complicated status as both a benevolent and a fearsome god. He is revered as Adiyogi Shiva, the Great Yogi, and worshiped as the patron god and teacher of yoga, meditation, and all of the arts. As such, one of his most easily recognized symbols is the third eye. Popular tales tell of him living a simple, ascetic lifestyle on top of a mountain.

As the Nataraja, or god of dance, Shiva is known for two famous dances,the tândava and the Lasya natana. The tândava is the angry dance that destroys the universe. In this form, Shiva is shown to be dancing inside a ring of fire on top of the demon that represents laziness and greed while his four arms hold both talismans of protection and destruction. On the other hand, he is also associated with the lasya natana, a dance performed between two couples that symbolizes peace and love.  Together, they make up the “cosmic dance of Shiva,” or the universal balance between peace and destruction.

Influence on Other Religions

While Vainism is the most popular sect within Hinduism, practiced by about 2/3rds of all Hindus, the Shaivism sect is the second most popular sect. Nearly 200,000 million Hindus practice adhere to Shaivism, which places Shiva as the supreme deity. Shaivism was most popular in the southern Indian subcontinent before spreading to other areas of southeast Asia, such as Bali, Indonesia, and Cambodia. Shaivism also influenced Buddhism as it developed in China and Tibet, and its iconography includes Shaivism symbols and ideas.