Skip to content
Home » Why is Lord Shiva Blue? 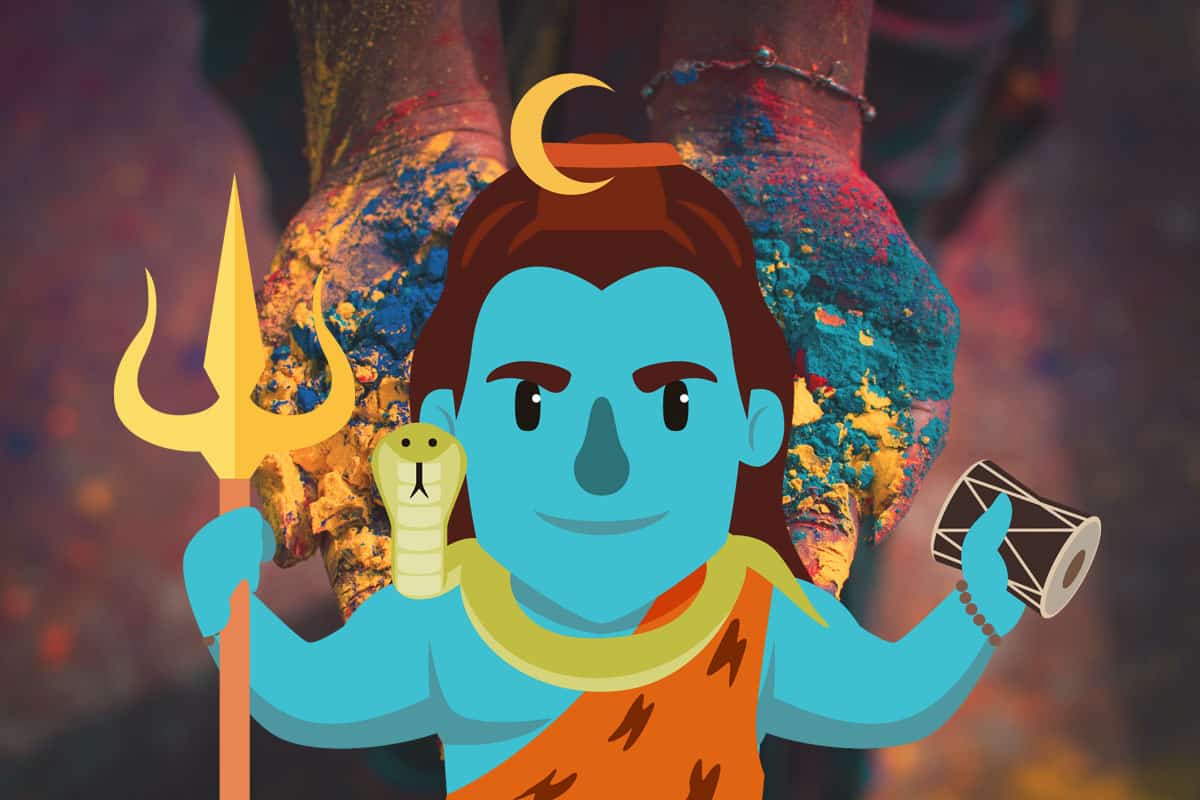 Lord Shiva is one of the most important deities in Hindu Mythology, one of the three major deities in the ‘Trimurti’ Legend, and the destroyer of all evil and chaos.

Lord Shiva is one of the most important characters in the Legend of the ‘Samudra Manthan’ or the churning of the seas. He saves all beings from the destructive poison known as Halahala which comes out of the ocean during the search by gods and demons for the elixir, Amruth. He does so by drinking the poison directly as the fumes were already harming a lot of people. His wife Parvati manages to reduce the spreading of the poison by gripping his throat when he drinks the poison. This is why Shiva is blue in colour, and his neck is especially a dark hue of blue.

There is a very interesting legend in Hindu Mythology that highlights the cause of Shiva’s portrayal as having blue skin in some belief systems.

So, Why is Lord Shiva Blue, Really?

— The Legend of the Samudra Manthan and Halahala

This legend is widely referred to as the legend of ‘Samudra Manthan’ which translates to churning of the seas. This story starts with the quest for the elixir of life known as the ‘Amruth’ and the gods and demons all decide to join hands and churn the sea for it. In the process of doing so, they end up getting a lot of different gifts from the seas, a total of fourteen, including the pleasant smelling ‘Parijatha’ flowers and the all-giving holy cow ‘Kamadhenu’. Most of these gifts are shared amongst the gods (devas) and demons (danavas).

Eventually, they hit a snag when the all pervading poison Halahala emerged from the sea amidst the process of churning. This poison, also known as Kalakuta, started emitting fumes and caused severe asphyxiation among the gods and demons. They decided to seek Lord Brahma’s help to get rid of the poison, but he refused and suggested asking Lord Shiva for help. Eventually they all pleaded with Lord Shiva to somehow save them from this peril. Shiva decided to drink the poison and eventually, the poison almost spread through his body.

This is when his wife, Parvati Devi, alarmed at the state of her husband, gripped his neck with both her hands and eventually stopped the poison from spreading beyond his throat. This caused Shiva’s neck to turn a deep shade of blue. Some portrayals of Shiva arvatialso show his entire body as being coloured blue, as a reminder of how the poison Halahala spread through his body. However, it is his neck that is specifically portrayed as being a dark blue hue due to the poison, and it also fetches him the name ‘Nilakanta’, which translates to one who has a blue throat.

— Shiva’s Reputation as the Destroyer of Evil

This episode has strengthened Shiva’s status in Hindu Mythology as the destroyer of chaos. As has been established within the Pantheon, Shiva is the deity that is capable of dampening or destroying the effects of the worst possible elements of chaos and evil. Like the poison Halahala, many other evils have plagued humans and it is believed that Shiva is the deity to pray to within Hindu Mythology, to rid the devotees of such evil. Shiva’s blue coloured skin is a reminder to those who believe that he will go to great lengths and is adamant to rid this world of evil, one of the reasons that Shiva is one of the most popular deities in the Hindu Pantheon.