Skip to content
Home » Vishnu vs Krishna: What is the Difference? 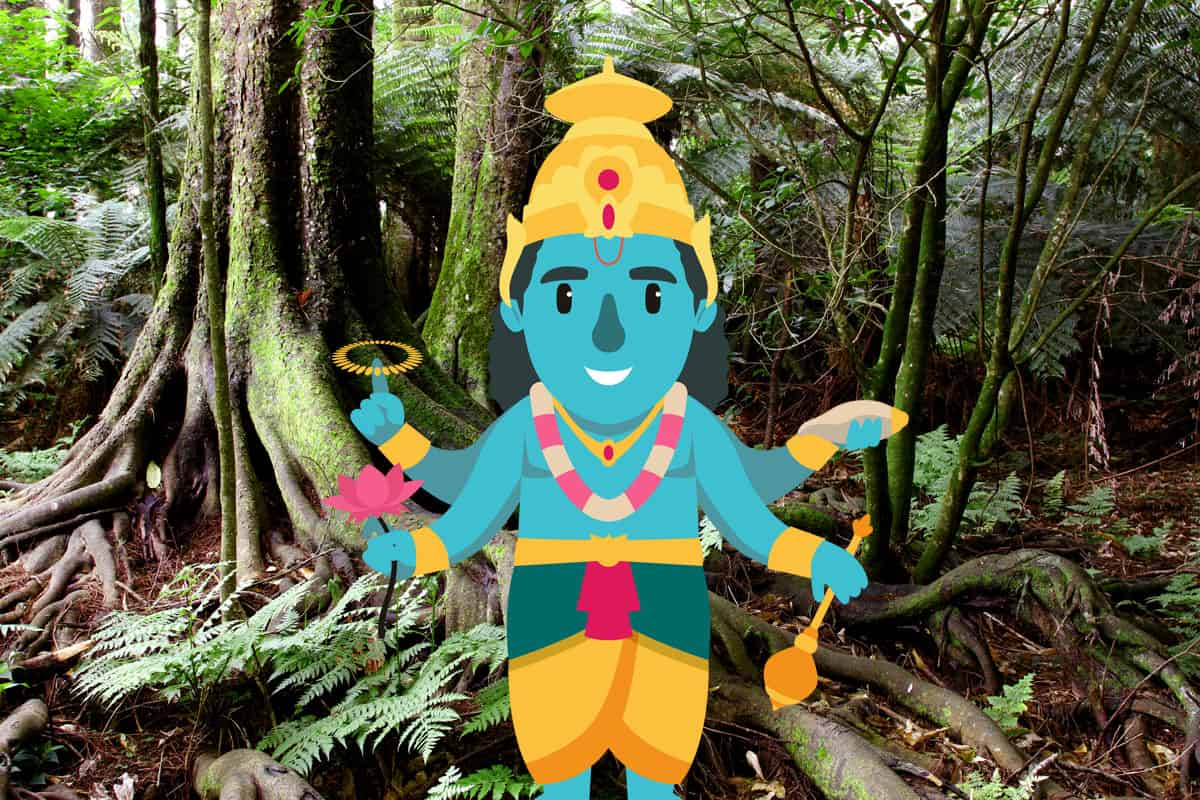 Vishnu and Krishna are not different deities speaking in the strictest sense, because Krishna is an incarnation of Vishnu. However, iconographically, both Vishnu and Krishna have their own separate identities in Hindu culture.

Vishnu and Krishna are revered a lot in Hindu Mythology, and are quite popular even in some other religions that have adapted parts of their legends. There exist thousands of temples all over India and abroad specifically worshiping Vishnu and Krishna. Krishna’s birthday is celebrated as Krishna Janmashtami every year very pompously. Vishnu’s name is evoked for most housewarming ceremonies as a symbol of seeking luck and prosperity.

Here are a few differences between the two deities out of which one major factor is that Krishna was born in human form on earth, while Vishnu is a deity that dwells in his abode called Vaikunta.

So, What is the Difference Between Vishnu and Krishna?

Vishnu is one of the three major deities in Hindu Mythology who are referred to as the ‘Trimurti’. The origins of Vishnu are retold in several different ways, but the most popular legend is that of how he was created along with his ‘Trimurti’ counterparts, Brahma and Shiva. The sect of Vaishnavism considers Vishnu as the supreme deity of all of Hinduism, sometimes equating him with the Brahman and with roles that are otherwise assigned to Shiva or Brahma in their respective sects. Vishnu, being the preserver and protector of the universe, takes form through his incarnations whenever the earth plunges into chaos. There are ten different avatars of Vishnu, each with their own origins.

Krishna is one of the most popular reincarnations (avatars) of Lord Vishnu. Vasudeva and Devaki of the Yadava clan in Mathura are said to be the parents of Krishna. Legend has it that Devaki’s brother, Kamsa, is warned by fortune tellers that one of her children will kill him eventually. He therefore tries to kill all her children, and imprisons her and Vasudeva. Eventually, Vasudeva is successful in exchanging Devaki’s newborn Krishna and trading babies with Nanda and his wife Yashoda by whom Krishna is brought up as a child. Eventually, Krishna ends up defeating Kamsa, killing him and restoring peace in Mathura.

On several occasions she is believed to have taken birth as a reincarnation on earth alongside Vishnu’s avatars. One very apt example is Sita. It is widely believed that Sita is a reincarnated form of Goddess Lakshmi.

Vishnu is also always seen with a large serpent called Adishesha, on whom he rests whenever portrayed iconographically. Vishnu’s mount or Vahana, is the Garuda, an eagle on which Vishnu is seen traveling in some of his depictions. Other deities who would be considered family of Vishnu include the Trimurti themselves.

Krishna is the son of Devaki and Vasudeva and is the nephew of the ruler of Mathura, Kamsa. Most of his siblings are killed by Kamsa at the time of their birth. However, two of his siblings, Balarama and Subhadra, survive this foeticide and eventually, Balarama also helps Krishna kill Kamsa.

Krishna is the husband of Rukmini, who many consider to be a reincarnation of Goddess Lakshmi. Krishna also has many other consorts, some of whom include Jambavati and Sathyabhama, and including around 16,000 women he rescued from the captivity of a demon when he defeated him.

Krishna is said to have had many sons too, out of which some popular ones are Pradyumna and Samba. Krishna is also very popularly tied to Radha, the girl he had a very close relationship with at his time in Brindavan.