Skip to content
Home » Brahma Vs Brahman: What is the Difference? 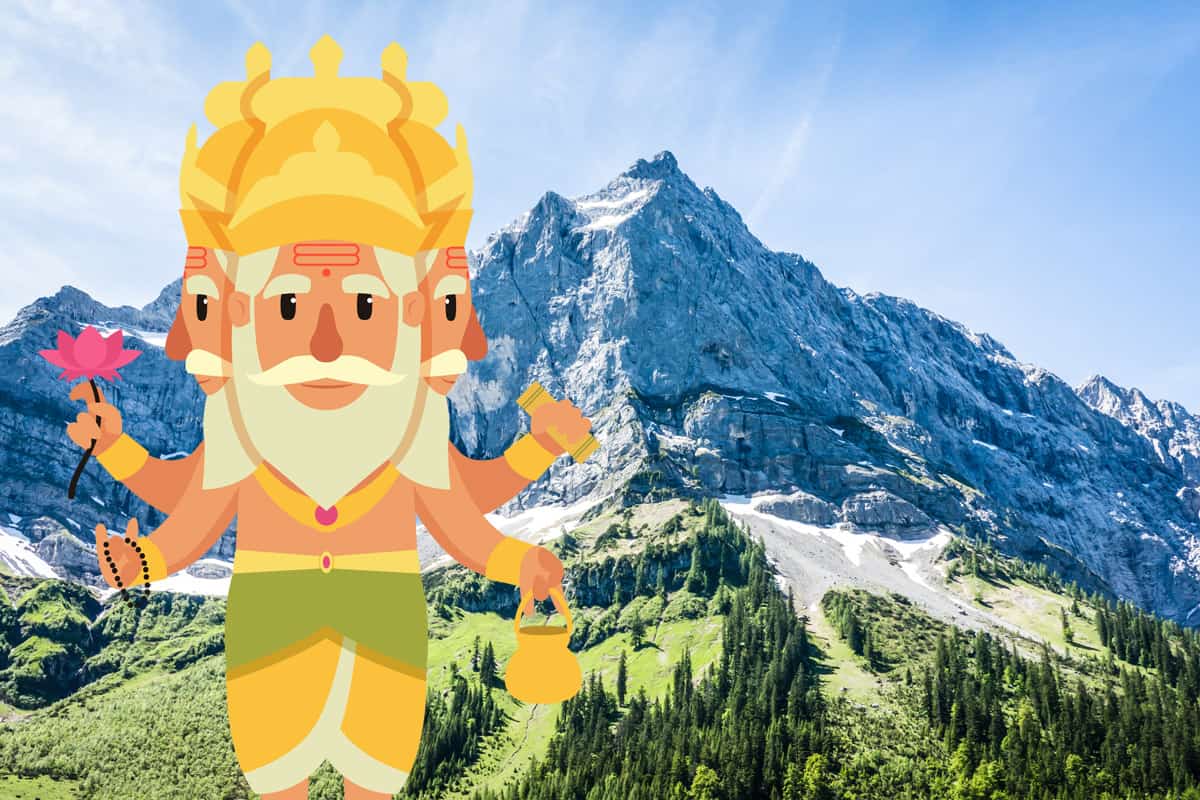 Brahma and Brahman – Although very similar sounding and fairly synonymous, these two entities have their own origin, purpose and iconography. While Brahma is an anthropomorphic deity in Hindu mythology, Brahman is considered to be the all encompassing essence of the universe.

Here are a few key ways that make the Hindu deity Brahma, both very similar, yet very distinct from the essence of the universe, the Brahman.

So, What is the Difference, Really?

The origin story of Lord Brahma is very diverse and complicated. Firstly, because he is considered the creator of the universe, it is difficult to make sense of how he himself was created. It is widely believed that Brahma created himself out of nothingness after which he created the rest of the universe. Other accounts of Brahma’s creation involve his creation along with the other two deities of the Trimurti, Vishnu and Shiva, either on their own or by a supreme deity like Devi. In summation, Brahma is widely believed to have been created before or very early into the creation of the universe, as he is responsible for creating the universe itself.

Brahman, on the other hand, is very different in both its origins and its ontology. Firstly, although widely studied across centuries for a firmer grasp, nobody has actually been able to define the concept of Brahman precisely. Doing justice to the wide variety of descriptions that exist in ancient literature about Brahman is almost impossible as they tend to arrive at its definition through various different angles. However, the inception of the word Brahman is widely attributed to the Rig Veda, the oldest of the Vedas. There exist records of past usages of the word too, but not as clearly as in the Vedas. Brahman is more widely studied as a metaphysical entity than one with a material existence.

Brahma, being a deity in Hindu Mythology is not expected to have a family like humans. However, he is considered to have a brotherly relationship with the two other deities, Vishnu and Shiva, who along with Brahma form the trinity known as the Trimurti. Brahma is also related to Goddess Saraswati as she is his consort. She possesses the entirety of the knowledge of the universe, with the help of which Brahma creates it. Saraswathi is widely revered as the goddess of knowledge.

The Brahman, as discussed before, is more a metaphysical concept than an anthropomorphic being. Therefore, it cannot be said to have a family. However, it has very close ties with another entity similar to it called the Atman, which is considered to be the ‘soul’ or the essence of the self. In Dualistic schools of thought like the Dvaita Vedanta, the Brahman and the Atman are seen as two separate entities, related to each other through the interactions between the self and the rest of the universe. However, in other schools like the Advaita Vedanta, no such demarcation exists and the Atman is seen as a synonymous entity to the Brahman.

Brahma is depicted iconographically as a middle aged or old man with a wizened face and a gray-white beard, but in good shape and health. He usually wears bright white or pink clothing. He wears a lot of bright ornaments and has four heads, one for each direction. He is sometimes seen with his consort, Goddess Lakshmi or with his mount, the Hamsa (Swan). He is usually shown as sitting on a lotus flower. He has four hands each of which carries an artifact of importance including the Vedas, the Kamandalu, a pot from which his powers of creation are said to be emanating from, a Mala (rosary) and a ladle from which he blesses his devotees with holy water.

Since the Brahman is more a metaphysical concept than a material being with an iconography, it is widely believed to be devoid of any form. It is purely just the essence of the universe and has no other appearance or physical manifestation whatsoever.

Brahma is considered to be the creator of the universe in Hindu Mythology, therefore, he inherently possesses the ability of creation. Furthermore, he uses the inspiration from his muse, the goddess of knowledge Saraswathi, to create the entirety of the universe in great detail. As one of the deities in Hinduism with supreme power, he also possesses great strength and a lot of abilities like summoning gods and the ability to grant wishes to devotees who perform severe penance. Furthermore, he is also known for granting the ultimate weapon called the ‘Brahmastra’ which is used by warriors to decimate entire armies.

The Brahman is a very complicated ‘concoction’ with very little clarity as to what it can do beyond the essentials of the universe. It is firmly believed that since the Brahman is the essence of the universe, it is the single most ultimately powerful entity that can literally will things into existence and be the prime cause for all events in the universe tied by the cause-effect relationship.

Fields of Study and Discussion

Brahma, the deity, is majorly studied in mythology, religion and history. Brahma, being a deity that once used to be worshiped a lot in the ancient Indian subcontinent, is studied widely by historians to determine how Hinduism flourished in early civilizations. Scholars of religion and mythology are also keen to figure out the literature that led to stories and verses about Brahma.

Brahman however, is mostly studied under the field of Indian Philosophy and most of its scholarly dealings have been understanding its ontology and its role as a metaphysical entity rather than assigning it any anthropomorphic identity.