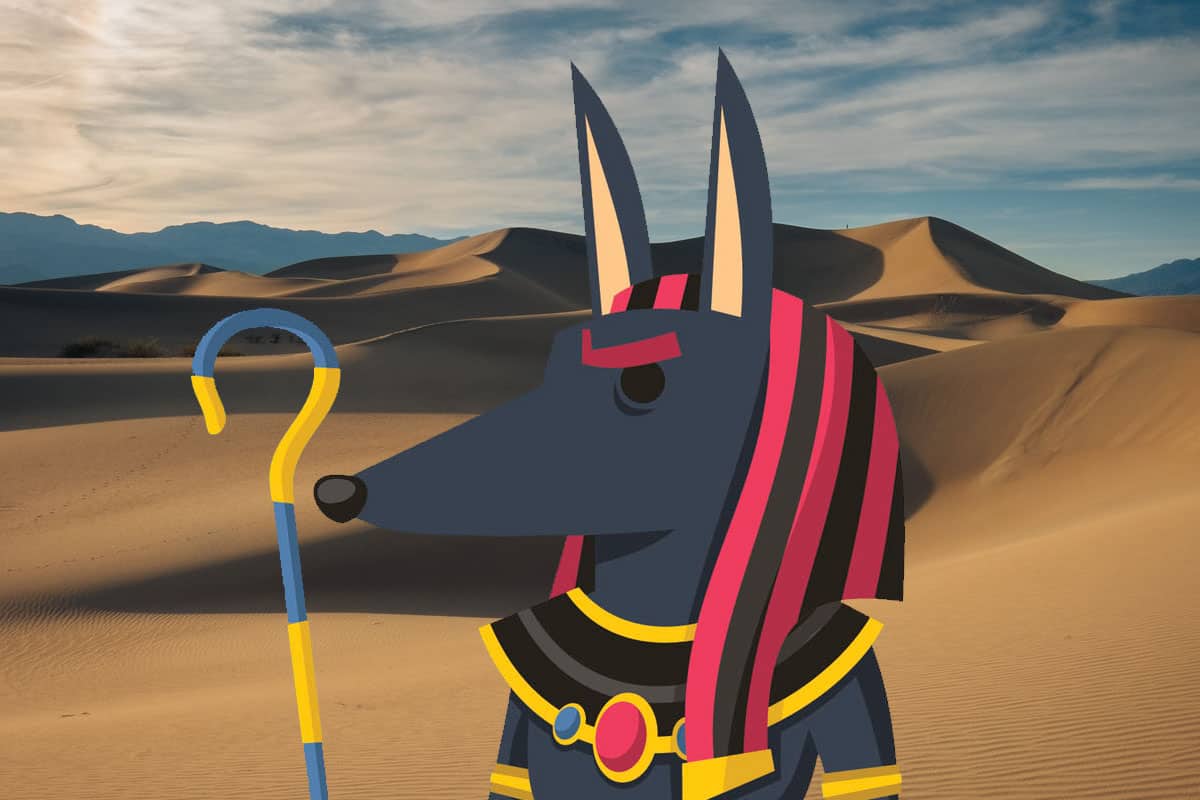 The ancient Egyptians had all sorts of beliefs that may seem strange to us today. For example, they believed that when you died, Anubis would weigh your heart against a feather to determine your path in the afterlife.

Read on to find out more about Anubis and his role in sending people to their ‘eternal rewards.’

Entry into the Ancient Egyptian afterlife was based on two things: how priests prepared your body for the journey and how good of a person you were when you were alive. These two parts were vital to making sure someone was taken care of in the next life and would get to a form of paradise.

We mostly know about this practice from The Book of the Dead. It is an ancient text outlining how to prepare the body for burial and a guide to what waited in the afterlife.

Preparing the body for burial was one of the most crucial steps someone could take to safely ensure the deceased made it into the afterlife. This process is known as mummification.

During mummification, various parts of the body are removed and disposed of or preserved. The heart is the only significant organ not removed as it is one of the essential things a soul will need in the journey to the afterlife.

The body is then salted and wrapped in cotton strips with charms and protection spells mixed in. After the funeral and final ceremonies, the body is sealed in their tomb, to never be disturbed.

Most poor Egyptians weren’t able to take this kind of care with their dead. Mummification was reserved for those who could afford it or common folk who had been important to a wealthy person, such as a prized household slave or childhood friend.

Weighing of the Heart

After the living took the proper preparations, the rest of the process happened in the afterlife. After a journey through the Hall of Maat, they were guided to the place where Anubis waited. He was accompanied by Thoth, the god of writing, and Ammut, a crocodile goddess, on his other side. In front of him was a scale with an empty tray and a feather.

Accounts differ on what would happen if the person’s heart was heavier than the feather.

Some sources say that Ammut will devour the heart, and they will be condemned to wander outside of an afterlife for the rest of eternity. Others say that they will be completely devoured and consumed. No matter how you look at it, losing your connection to the afterlife meant that the person had suffered a fate worse than death. It was a complete and true punishment.

Anubis weighed the heart to see if the dead person was a good person or not. The weighing ceremony was an integral part of the Egyptian afterlife. It ensured that only the good were able to pass on to paradise. Being a bad person in life would condemn you to a fate worse than death.