Skip to content
Home » Why Did Anubis Have a Jackal Head? 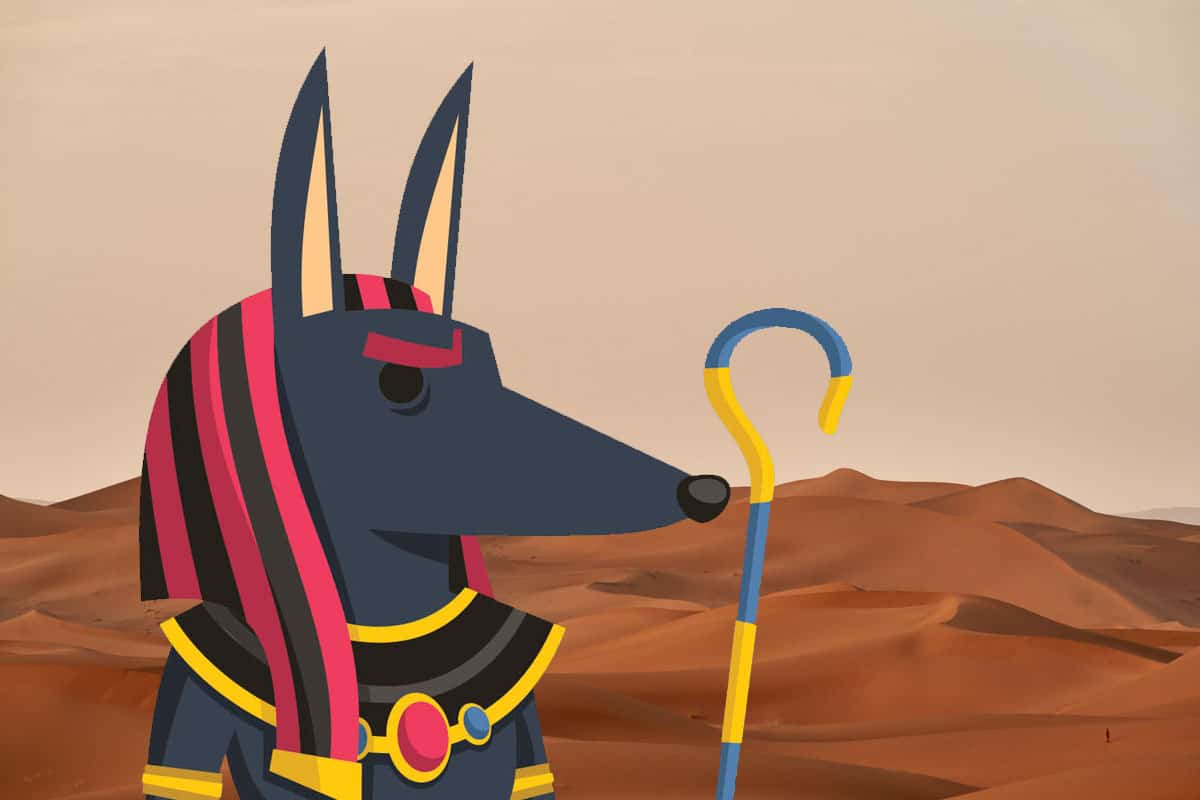 The ancient Egyptians had an interesting system of gods and goddesses. There were many different types of animals that humans would worship, but the most common was an animal with a human head. One such god is Anubis, but why did he have a jackal head?

Anubis had the head of a jackal because he was Osiris’s funeral procession guardian. Many ancient Egyptians were depicted with animal heads that corresponded to their jobs. Because jackals were associated with death, Anubis, the patron deity of jackals, had a jackal head and protected dead bodies.

The jackal head of Anubis is only one interesting fact about the ancient deity. I will discuss more about Anubis in this article.

The Egyptians had an interesting system of gods and goddesses. There were many different types of animals that humans would worship, but the most common was an animal with a human head. One such god is Anubis.

Anubis’ jackal head association dates back to the Egyptian mythological belief that jackals represented death. With his role in leading the dying to the afterlife, Anubis was then portrayed with a jackal head.

When pharaohs died, for example, it was Anubis’ that guided them through their passing. He did this by weighing their heart against Maat to determine if they were worthy enough to enter into Ra’s afterlife; or whether they should be denied entry due to not having lived a virtuous life while on earth.

Anubis was an ancient Egyptian god who played many roles in Egypt’s mythology and served as a guardian for various aspects of life. Anubis is said to be one of the few gods that never got overthrown by other deities because he helped overthrow others himself.

He ruled over any human soul’s judgment after death and judged them according to their deeds during their lifetimes. Anubis also served as a guardian for the dead by ensuring their souls didn’t wander back to Earth.

He performed this duty with his weighing scales (which represented justice) and his staff (symbolized power). When an individual died, they were weighed on these scales against a feather from Maat – if they are lighter than the feather, then it meant that person had led an honorable life and could pass through into paradise. Still, if they’re heavier, the individual was an impure wicked person and could not pass through.

Anubis also needed to guide the individual’s soul through Duat, and he used an hourglass (symbolizing time) on his staff as a type of lantern. He would lead them safely past all kinds of dangerous beasts, such as Apep – an ancient Egyptian deity who personifies chaos and evil.

Jackals have a negative reputation worldwide, but it’s important that we remember not every culture sees jackals like we do: dirty scavengers living on the outskirts of civilization. The ancient Egyptians honored them with such reverence because they are clever guardians themselves. It just goes to show you never know what other cultures may find endearing about an animal until you take some time to hear their perspective.