Skip to content
Home » Why Did Aphrodite Love Ares? 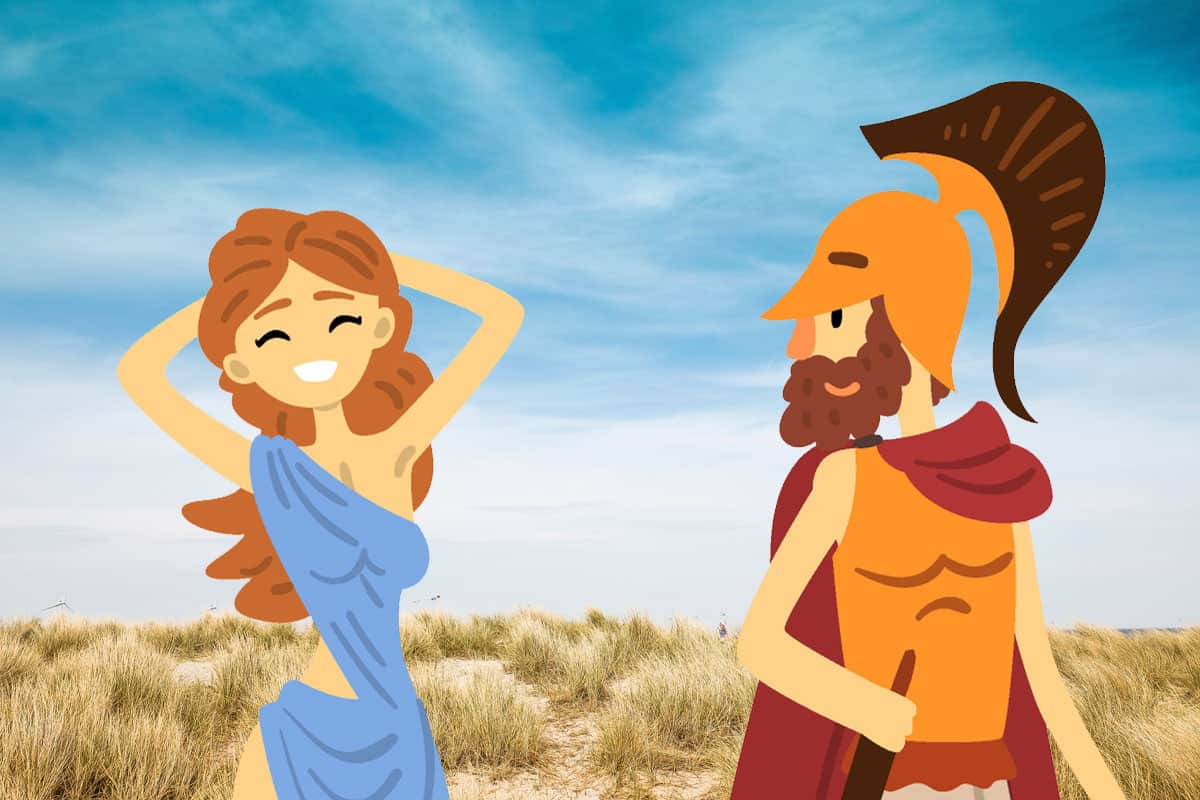 One of the oldest tales of forbidden love comes from Aphrodite and Ares. Aphrodite, the goddess of love, and Ares, the god of war, make for an odd pairing, according to some, but there are reasons why they loved each other.

Aphrodite loved Ares because he constantly made his love for her known, and she had never really loved her husband, Hephaestus. Ares complimented her and gave her gifts in an attempt to woo her. She responded favorably with love towards Ares.

In this article, I’ll discuss more details about Aphrodite and Ares’ love, why it was forbidden, and what became of them after they were discovered.

Why Did Aphrodite Fall In Love With Ares?

To truly dissect why she loved the god of war, we need to start with her marriage. Unfortunately, the goddess of love wasn’t married for love.

Hephaestus was a hunchback who was cast out by even his own family. To get revenge, he built a kingdom and asked his mother Hera to sit on a cursed throne. Not knowing what would happen, she did, and Hera was trapped there with her outcast son.

When Zeus heard of this, he asked Hephaestus what it would take to free Hera. He demanded Aphrodite’s hand in marriage, so, in a desperate attempt to help Hera, Zeus made it so. That is how Hephaestus and Aphrodite were married, but everything changed when she met Ares.

When they first met, Ares was infatuated with Aphrodite, but it took some time for her to come around. Ares wooed her with gifts, complimented her, and eventually, she noticed that he was very attractive.

Ares and Aphrodite began sleeping together while Hephaestus was working.

While affairs were allowed back then, a continuous affair was not. So, the love of Aphrodite and Ares was a forbidden secret.

What Happened Between Ares and Aphrodite?

Their relationship continued for a very long time in the home that Aphrodite and Hephaestus shared. The guard that was supposed to watch out for Hephaestus and warn the lovers fell asleep at his post one night, and Hephaestus saw them together in the same bed he shared with his wife.

Hephaestus devised a plan to catch them in the act by lining the bed with a thin gold rope set to trap them the next time they were in bed together. It worked, and the lovers were tied up in a rope together naked as the other gods looked on and laughed at them.

They were freed by Poseidon, who paid for their release.

Afterward, the lovers were forbidden to see each other again, which devastated both of them as they had truly come to love each other. In short, they didn’t listen, and Ares and Aphrodite kept the relationship going and eventually had eight children together.

Aphrodite loved Ares because he was attractive. But she wasn’t in love with her forced husband, and Ares took the time to impress her. Their love only grew from there. Even after being discovered, their love became an unbreakable force.