Skip to content
Home » 20 Facts about the Norse Gods: Ymir, Elves and Dragons 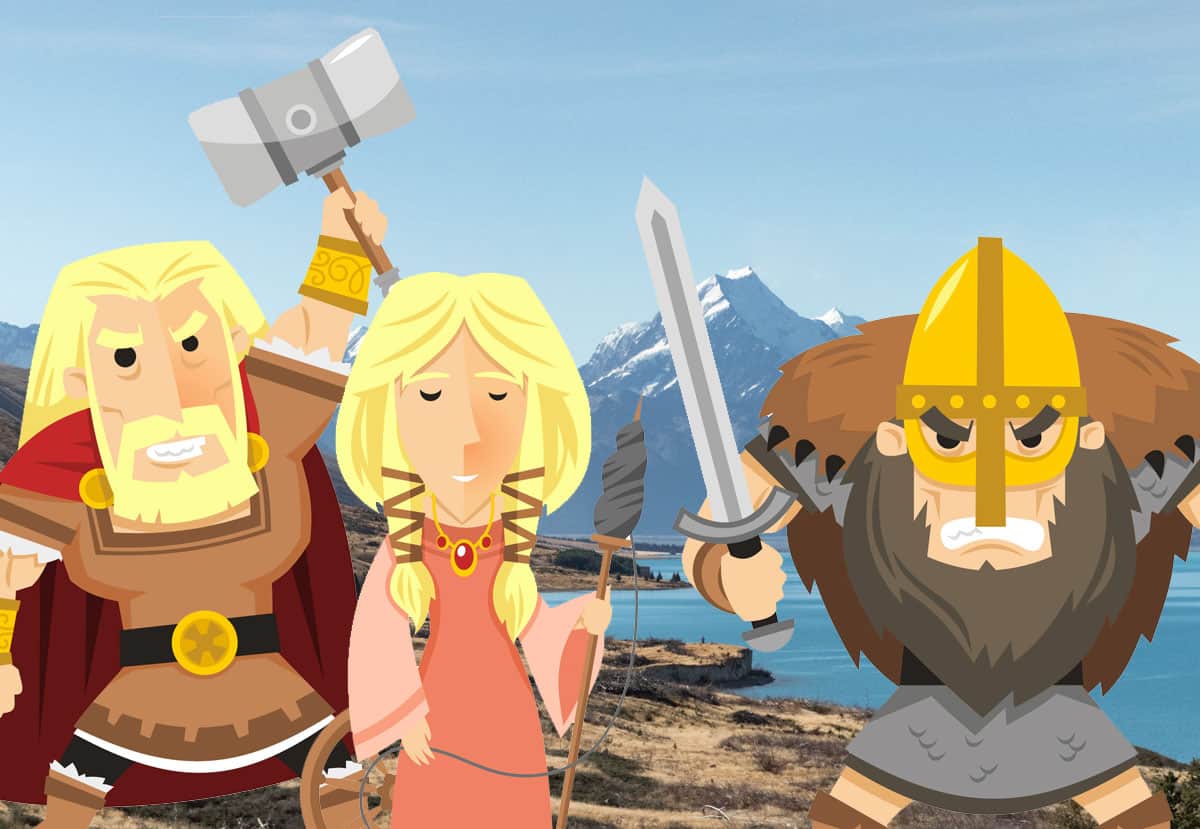 The Norse Gods were the gods of the Scandinavians and Germanic people of the north. They’ve experienced something of a renaissance in recent years for various reasons. In popular culture, figures like Thor and Loki have shot to the forefront thanks to movies and television shows. Religiously, a rise in neo-paganism has seen the gods celebrated and even worshiped once again.

With this new interest in their stories, the fragments of skaldic poetry that record their exploits are more interesting than ever. Here are some facts you might not know about Norse Gods and their exploits!

A Few Fascinating Facts about the Norse Gods

1. The central story of Norse Mythology involved the end of the world.

Unlike many other pantheons, Norse mythology focused on the trials and tribulations of the gods, all leading up to the end of the world, Ragnarök. During this time, the world was foretold to be submerged in water and many important gods would die in a great battle. Afterward, the world would be born anew.

2. There were three main factions of deities in Norse myth

These were the Æsir, the Vanir, and Jötnar. The first of these was the primary pantheon, headed by Odin. The second were gods of health. The third were giants, and were both enemies and friends to the other gods.

3. There were multiple afterlives depending on a human’s actions on earth

The most famous of these, Valhalla, was a glorious feast for warriors who died in battle and women who died in childbirth, overseen by Odin. The other half went to Fólkvangr, overseen by the beautiful goddess Freyja.

Hel, a daughter of Loki, ruled over an underworld realm of the same name, where she received a portion of the dead who had died in a more mundane manner. Gefjon, a virginal plough goddess, took those who died as virgins as her attendants. Meanwhile, Rán, a giantess goddess and personification of the sea, watched over those who had drowned.

4. Elves and dwarves played an important part in Norse mythology

The dwarves were generally benevolent craftsmen and made important tools for the gods, most famously Mjolnir, the hammer of Thor. On the other hand, elves were tall, beautiful, and sometimes deadly, known to cause illness through strange magic. However, there were also Light Elves, who were also benevolent.

5. The death of Baldr was central to many Norse tales

Baldr was a son of Odin and his prophetic wife, Frigg. She foretold that her beautiful favored son would die, and so went out of her way to avoid it, gathering promises from all the materials of the world that they would not harm him. The only one who refused was mistletoe.

Later, the god of mischief and chaos, Loki, tricked Baldr’s blind brother. The archer god, Hodr, fired an arrow of mistletoe and inadvertently slayed his brother. Hodr was killed for this by a monstrous child of Odin, and Loki was terribly punished.

6. The numbers 3 and 9 was significant in Norse mythology

Heimdall was born of nine mothers, there were nine worlds, and gods often acted in periods of nine years. When Thor would die during Ragnarök, he would stumble back nine steps after slaying the World Serpent before succumbing.

There were also many triple aspects of deities, and most gods owned precious weapons or items in groups of three. The rainbow bridge between realms, the Bifrost, was also made up of three colors.

7. The Nine Worlds existed in the cosmological branches of the great tree Yggdrasil

8. All of humanity was descended from one pair

Ask and Embla were created by Odin, Hönir, and Lothur. Odin gave them a soul, Hönir gave them sense, and Lothur granted them blood and color.

9. Many entities were personifications of natural phenomena

Sól (or Sunna) was the sun and the sister of Máni, the moon god. Dagr personified day, Jörð, mother of Thor, personified Earth, and Nótt was the goddess-personification of night.

10. Most of our modern English names for weekdays are named for the Norse gods.

The etymology of the days in English are as follows:

11. The god’s names usually had special significance to their powers or their domain

12. Many lesser deities were fierce women tied with fate

The Valkyries, servants of Odin, scoured the battlefield to collect the souls of heroes. The Norn controlled the sacred destinies of every human. The Dís were fertility spirits who both blessed and cursed humanity and were heavily associated with Wyrd (Fate).

13. Nature spirits ruled over their areas and helped the earth flourish

14. Odin was father to many sons

While all sources agree on a few, other sources list several others, and many are unnamed. The four explicitly stated sons of Odin are Thor, Baldr, Vitharr, and Váli. Other attested sons include: Hodr, Heimdall, Bragi, Tyr, Meilli, Nepr, Áli, Hildolfr, Hermother, Sigi, Skjöldr, Yngvi-Freyr, Ítreksjóð, and Sæmingr.

15. The mother of all beings was a primordial cow

Auðumbla gave milk to Ymir, the progenitor of the jötnar. She also found a salt rock, and licked it over three days, eventually releasing Búri. Búri would become the grandfather of Odin and his two brothers.

16. Odin and his brothers slayed Ymir and formed the earth from his body parts

His flesh formed the earth and his blood became the ocean, and from both of these came the dwarves. Meanwhile, Ymir’s hair became the trees, his bones became mountains, and his eyebrows formed Midgard. Finally, his skull became the heavens and his brains the clouds.

17. Unlike in the Marvel comics, shows, and movies, Thor and Loki were neither brothers nor particular rivals or friends, and Frigg wasn’t mother to either.

Loki was more closely associated with Odin as a friend and rival, though he did indirectly kill Thor’s brother, Baldr. While Thor was born by Odin and Jörð, Loki was the son of Fárbauti, a jötunn, and Laufey (mentioned as a goddess), and the brother of Helblindi and Býleistr.

18. The Æsir and Vanir had a fierce war that lasted many years. Afterward, several of the Vanir joined the major pantheon and relations between them became strong.

Amongst the new Æsir included Frigg, wife of Odin, Freyja, goddess of beauty, her brother Freyr, and their father Njörðr.

19. There were four dragons or dragon-like figures in Germanic mythology

These were Jörmungandr, Níðhöggr, Fafnir, and the unnamed dragon from Beowulf.

Jörmungandr was the son of Loki, a fearsome serpent who circled all of Midgard. When he untangled, he would start Ragnarök. He would eventually be killed by Thor, but would kill Thor in turn.

Níðhǫggr was a dragon who chewed at the roots of Ydgrasil and also devoured the corpses of the worst of human society. These included oath-breakers, rapists, and murderers.

Fafnir, also known as Frænir, was originally a dwarf prince. However, he was cursed by gold and transformed into a dragon. After that, he rampaged until he was killed by the hero Sigurd.

The unnamed dragon of Beowulf was a monster fought fifty years after his battle and defeat of Grendel. Beowulf fell in this battle.

20. The word ‘god’ came from Old Norse and Old English

From goð, it meant ‘sacrifice’ or ‘to pour upon’.

The Norse pantheons haven’t really captured the Western imagination as strongly in recent times as their Greek, Roman, or Egyptian equivalents. However, renewed interest in these gods sees this changing, and it will be very interesting to see the influence of this rebirth on our world even today.