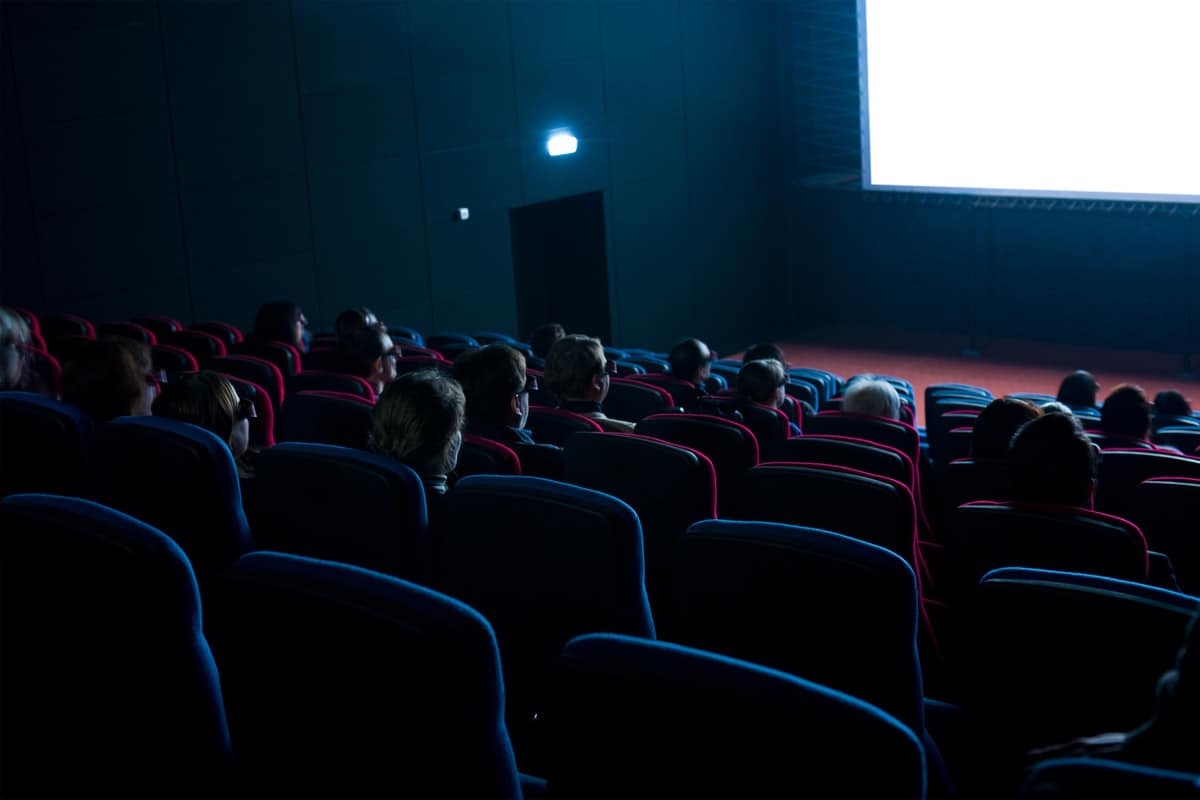 Vikings and deities. Gods of thunder and gods of mischief. Norse mythology is wrought with stories written as if designed to be adapted for the big screen. Who wouldn’t want to see an epic battle between giants and deities? People love apocalypse movies and have built several movies and TV shows based on the stories of Ragnarok. And humans also happen to be very creative when it comes to adaptations and drawing mythological influence.

There aren’t many (or any) movies that have a faithful retelling of specific stories, a close look at many contemporary films will quickly reveal Norse lore as an influence. Fingers crossed that one day someone makes a movie of the time Thor tried to wrestle with an old lady only to discover she was old age personified or the time Thor and Loki challenged the giants to a set of games. Nevertheless, here are a few movies to satisfy your Norse legend and lore cravings.

The Best Norse Mythology Movies of All Time

Nominated for the Robert Award for Best Children’s Film, Valhalla presents a bolt interpretation of the characters and stories of Norse lore. Given that it was also designed to be age-appropriate for teenagers, it doesn’t follow traditional lore exactly. But forgiveness can be granted considering that it doesn’t pull from the lore as its primary source. It pulls from the comic books created by Danish artist and author Peter Madsen. The comics are also worth a read, by the way.

Ragnorok, the end of times, is said to be marked by the escape of the wolf Fenrir who would come and devour the world and several of the gods of Asgard with it. The movie, Vahalla, follows the adventures of two young children who follow Thor and Loki to Vahalla. They just so happen to arrive as Vahalla becomes threatened by Fenrir and the great creature Jotnar. What comes next is an adventure and battle of epic proportions to save the Vahalla and the world. What more could a dark fantasy, Norse myth, adventure-loving person ask for?

At its core, Mortal is about the search for identity. But it’s not exactly a feel-good movie either. It pulls on elements of Norse mythology and the various powers of the gods through the use of ancestry. It plays on the generational consequences that could occur if these deities really did procreate with humans and what that might mean even thousands of years later.

Few people have an identity crisis as intense as a man who doesn’t know he’s a god incarnate. But that’s more or less the story Mortal tells. It opens with a young man named Eric waking to everything burning around him and his dramatic escape. Riddled with the magic and mystery of Norse mythology, the movie follows Eric, an outlaw and on the run, as he comes into his powers and a new identity. But what the means or what that looks like is up to you to find out. This post isn’t here for spoilers.

This one doesn’t particularly focus on specific myths and lore. It does, however, explore the relationship between the Vikings, their faith in the Norse deities, and the Christian missionary they come across who gives them aid and shelter. The movie opens on a group of Vikings, stranded on enemy land after a shipwreck. They kidnap a princess, navigate enemy land, fight their fair share of battles, and attempt to beat all the odds.

Filled to the brim with violent Viking battle scenes, a damsel in distress, and of course some good old-fashioned adventure, the film it’s a great Friday night watch with some reflection on the general harshness of Viking life.

Everyone loves a good mockumentary, right? Dark fantasy mixed with a hint of comedic relief from some fairly famous Norwegian comedians and a little absurdity, what could go wrong? It’s hard to mess that up and fortunately, Trollhunter did not and the movie received generally favorable reviews.

The basic premise is a group of university students set out to make a documentary about a bear poacher in the area. But naturally, it couldn’t just be an illegally slain bear and poacher tracked and had a documentary made about him. Instead, the students stumbled upon a troll and possibly a coverup.

The trolls are the primary connection to Norse mythology as trolls seem to be another name given to the giants that are so pivotal to early lore.

Inspired by the children’s book The Saga of Erik the Viking, the movie maintains a certain underdog nature and comedic flow but shouldn’t really be seen as an adaptation. Instead, it can be seen as a continuation of imagination from the author who also happened to write the screenplay and direct this film.

Erik is not like other Vikings. Specifically, he’s not a fan of violence and grieves greatly upon the death of an innocent woman. And as with all good adventure movies, it’s the most unlikely person who becomes the hero. As the underdog and poor excuse for a Viking, Erik is tasked with the rather daunting challenge of convincing the typically uncooperative gods to save the world from Ragnarok. Loki, Thor, Odin, and Freya all appear in this rather comedic adventure film.

Let’s start with Beowulf – a poem of epic proportion or at least an epic poem. It’s been the bane of many literature students and confused classists for generations. There are a lot of competing theories as to who wrote the poem and where they were from including some speculation that it makes up part of the Scandinavian lore catalog. Other theorists suggest it was inspired by Scandinavian lore but written by someone else as it plays on heavily Christian themes and was written in a time when Scandinavia was primarily pagan.

Beowulf & Grendel is a cinematic re-telling of this ancient story and poem with a little creative flair and interpretation. Amongst the additions are the introduction of four new characters and a few subplots or side quests if you will, that carry the story cinematically.

Outlander is another adaptation of Beowulf but very loosely so. It follows the general plotline but the creators turned it into a science-fiction piece as well. Complete with an alien crashing on earth, a romance for the storybooks, an attempt at assimilating into a new home, and some good Viking battles to boot, Outlander takes an old story and gives it new life.

While it didn’t perform well in the box offices, it has developed a small cult following. One reviewer explained it as Brian Eggert in Deep Focus Review explained that “underneath its B-movie appearances are notable actors engaged in an exceptionally strange mishmash of genres that somehow elevates itself beyond its limitations.”

Part of the Marvel Cinematic Universe (MCU), Thor builds up the superhero based on the Norse deity. As much as Marvel is known for straying from their source material, they did pull heavily from the lore and its various characters in creating the backstories of its Norse-inspired characters. Other deities like Odin, Loki, Heimdall, and Frigga make an appearance as well.

If nothing else, Thor is another example of the influence ancient lore has on contemporary creation. One of the things most notable about Norse deities is they were very human-like. They weren’t all-powerful, mistake-free beings. And this movie plays on that. It picks up in the contemporary era and follows Thor’s attempts to navigate Midgard, or our world, after being exiled from Asgard for his arrogance.

Two additional movies focusing primarily on Thor have followed this one in addition to his role in The Avengers. The sequel, Thor: Dark World, is notable for its efforts to bring out the humanness in Thor while Thor: Ragnorok, turned to pull from the lore’s stories of the end of times. A third movie, Thor: Love and Thunder, is set to be released in July 2022.

There was a hot debate as to whether American Gods belonged to a prime spot on the list or was an honorable mention. Ultimately, it ended up as an honorable mention on the basis that it’s not Norse exclusive and it’s a TV series, not a movie. That said, it’s a must for anyone diving into the world of mythology and folklore.

Based on the book by Neil Gaiman, it follows the mysterious adventures of Shadow (who represents Baldur) as he dives into a battle between the Old Gods and the New Gods. The Old Gods are based on the gods of Scandinavian, Slavic, Akan mythologies and more. The New Gods are personifications of the various priorities and symptoms of late-stage capitalism like the consumption of new technology and mass media.

Gaiman is a master of balancing the roots of the lore he pulls from with his own creative integrity and it shows in both the book and the TV series.

Don’t let its animated nature turn you away. Legends of Valhalla: Thor does a great job of simplifying the rather complex nature of Norse mythology into a cohesive story, full of humor, and appropriate for the entire family. While it didn’t do great in the box offices, if you’re a myth buff and you’ve got a little one, it’s a great way to introduce them to the magic and mayhem of Norwegian lore.

It focuses on a young Thor, seeking to save his village from the goddess Hel and her giants. It seems to draw inspiration from Disney’s Hercules and Dreamworks’ How to Train Your Dragon.