Skip to content
Home » Is Thor Evil in Norse Mythology? 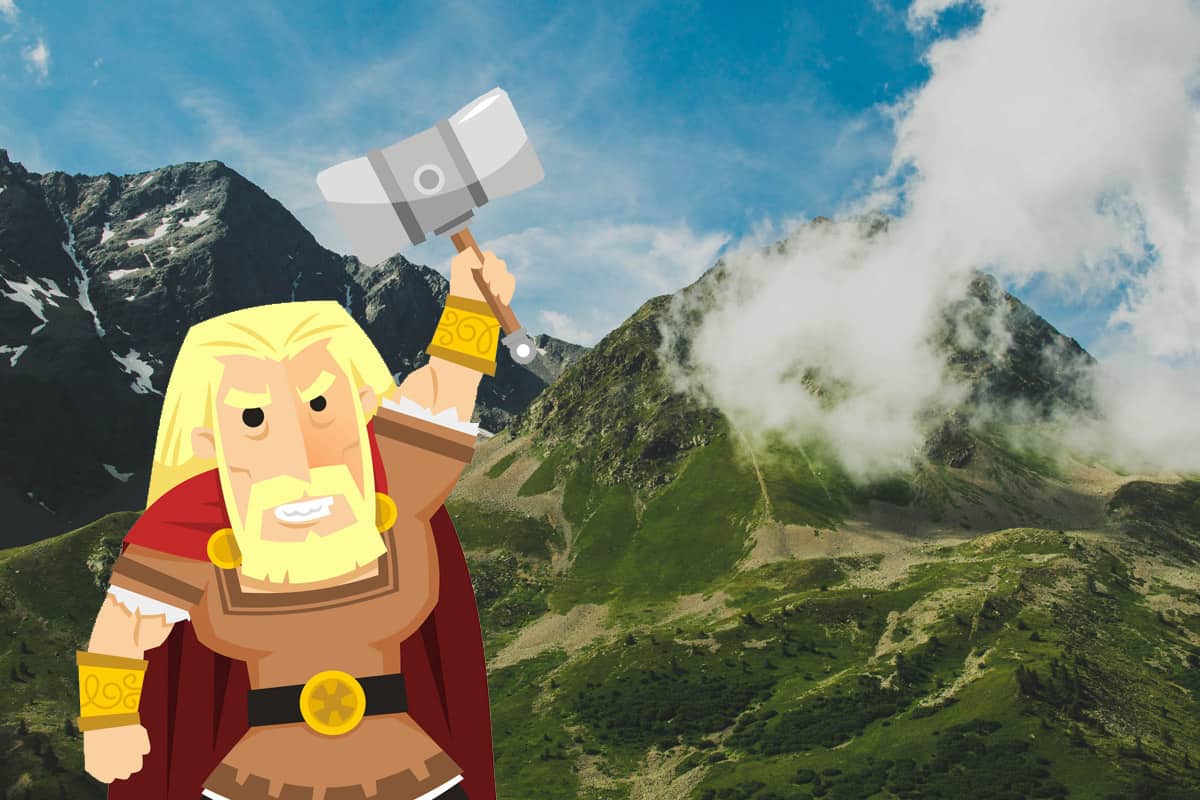 Storytelling and mythology have long been major pillars in human nature and civilization. There are many mythological figures and gods that have been created by people over the centuries; one of the most notable of these gods is Thor.

In Norse Mythology, Thor isn’t evil because he protects Asgard, but he’s not a good god, either. Thor was believed to have lost his temper quite often, resulting in lightning strikes that caused massive fires. Many Norse gods weren’t good or evil, but somewhere in between.

In this article, we’ll cover why Thor is a neutral god who typically has good intentions. We’ll also discuss Thor’s background to show why he isn’t a mythological hero, despite recent movie depictions of him.

The God of Thunder Tries to Be Good

Thor, the Norse god of thunder is an essentially good god.

He persistently battles his enemies and the enemies of Asgard and provides hope and comfort to the people of earth. Thor is held in high regard in the Old Norse stories of Asgard and continues to be a famed mythological figure today.

Thor is one of the strongest gods in the Old Norse legends. He’s frequently pictured with his hammer, Mjölnir, which is Thor’s greatest weapon and divine instrument, as well as his belt of strength and power, Megingjörð.

Known as the god of thunder, Thor is also associated with lightning, strength, and the protection of mankind. His appeal to the common man is why the Nordic people hold him in high esteem, and he is seen as a virtuous god, not by any means evil.

Thor is the honorable god with unwavering courage that the Nordic people look up to. He is the guardian of Asgard and protects the gods from their enemies. When Thor visited the earthly plane, he would aid the weak and in need.

Additionally, Thor regularly hallows people and places on Earth like farmland and weddings.

One of the most prevalent rivalries in Norse mythology is that between Thor and Loki.

It’s worth noting that in the popular Marvel films, Loki is depicted as a brother to Thor and son of Odin. In the Old Norse myths, the reality is that Loki is closer to a foster uncle to Thor and stepbrother of Odin.

In Norse mythology, Loki is depicted as a trickster who can change shape and appears as an enemy of the Norse gods and commonly deceived them for his own gain.

The rivalry between Thor and Loki ultimately began when Loki’s chaotic behavior led to the death of Thor’s half-brother Baldr.

More bad blood and tension was created between Thor and Loki when Loki cut the locks of the golden-haired goddess, Sif, Thor’s wife. The hatred between them grew even more until, eventually, Loki made up for his misdeeds.

Loki procured a new head of hair for Sif as well as a magic hammer from the dwarf craftsman to make amends, which would become Thor’s most powerful weapon and is the origin of Mjölnir.

The Origins of Norse Mythology

Thor is one of the most well-known and loved figures in Norse mythology.

Norse mythology refers to the mythological stories and religion of the Nordic countries, including Norway, Denmark, Sweden, Iceland, and Finland. These religious texts, dating back to as early as the 9th century, were passed down through oral storytelling and have been popularized worldwide since.

Similar to Greek and Roman mythology, Norse mythology was polytheistic, meaning that the Nordic people believed in many gods rather than one.

The Norse mythological world not only includes gods but is also rich with a number of different races including giants, dwarves, and elves, which seemed to be perpetually at war.

Thor, the son of Odin, was well known for relentlessly pursuing his enemies, but he was not evil.

Thor, the Norse god of thunder is known to symbolize and embody strength, fertility, and protection. Thor brought positivity to the mythological world of the gods as well as the secular world of the Nordic people through his stalwart commitment to the safety of those he cared for.