Skip to content
Home » 7 Evil Norse Gods Goddesses and Giants: Who Are They? 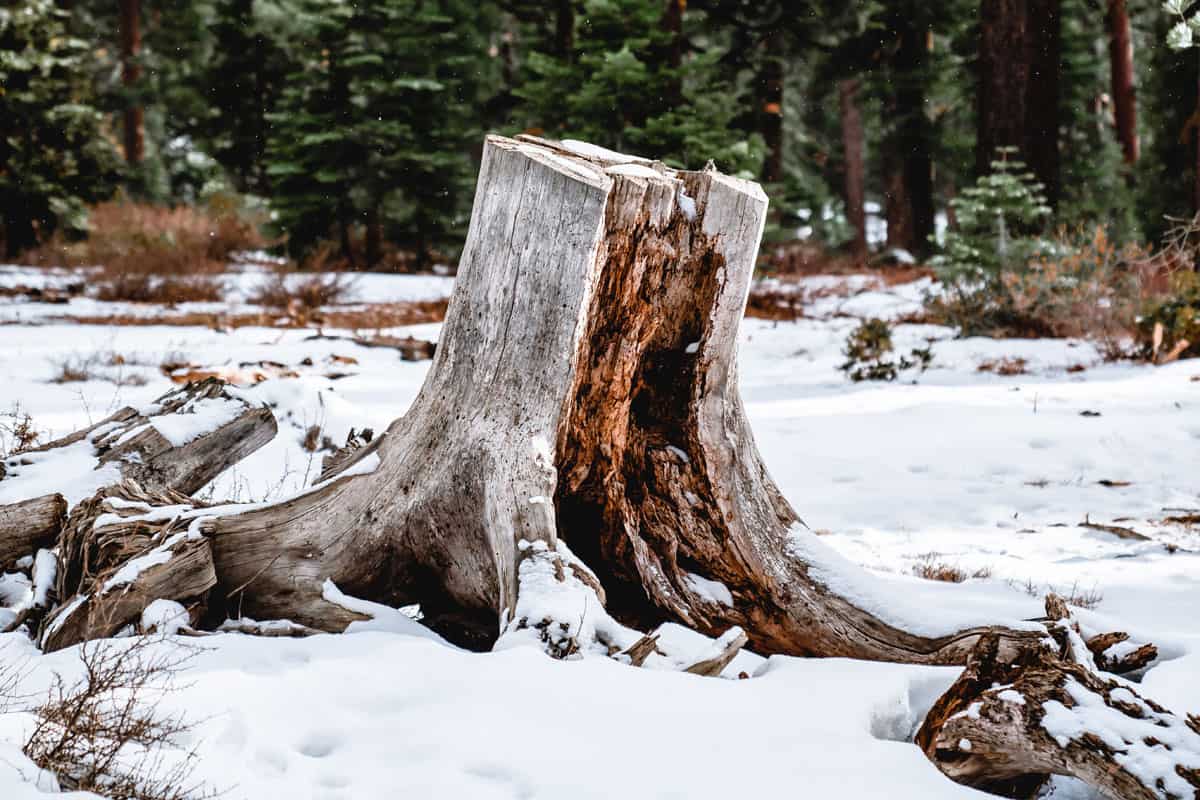 The Norse gods, goddesses, and giants had a very different opinion on good and evil from many other religions. Norse philosophy understood that one person’s evil was another’s good, and vice versa. However, some mythological Norse figures were generally seen as right – and some who were generally seen as very, very wrong.

This article deals with a few of those from the latter category. Whether these people are ‘evil’ might be debatable, but that they are certainly upsetting to modern sensibilities is far from it! Either way, they’re definitely not the good guys.

Rán and her Jötunn husband Ægir were both personifications of the sea. While Ægir represented the peacefulness and fertility of the ocean, Rán was its anger. Stories written about her told how anyone who angered her would be torn from their ships and dragged to their deaths in the depths of the ocean.

Rán’s name meant ‘thief, robber’ and indicated how she took the lives of those who gained her displeasure. Several poems display the poet’s anguish and desire for revenge against the goddess who destroyed their loved ones.

The sea itself had several epithets after Rán, naming it her bed, her hall, her way, and her domain. Rán used her net to capture and drown men. Idiomatically, to give someone to the sea goddess, Rán was to drown them.

The Icelandic seafarers believed in a land of the dead below the sea, specifically for those killed by the ocean. This realm was ruled entirely by Rán without her husband’s help.

Fenrir was the child of the Trickster god Loki and the Jötunn giantess Angrboða. His mother’s name means “she who brings grief,” and all three of her children by Loki – Hel, the World Serpent, and Fenrir himself – were considered monsters.

Fenrir is most famous for being fated to be the killer of the king of the gods, Odin, during the events of Ragnarök (the end of their age of the world). Due to these prophecies, the gods tried to bind Fenrir in various fetters, but his strength and rapid growth meant that he was easily able to escape each time. His escapes grew increasingly violent until one resulted in him biting off the right hand of the god Týr.

Fenrir had many epithets, one of which was Vánagandr, which translates as “monster of the River Ván.” This is because of his violent reaction to his final binding until he is set free during Ragnarök. Fenrir thrashed and fought but could not escape. As he struggled, saliva drooled out of his mouth while he let out a terrible howl. This drool became the River Ván, a word meaning ‘hope.’

Fenrir is fated to be killed in retribution by Odin’s son, Víðarr.

Þökk’s name means ‘thanks’ in Old Norse, and it is a very ironic name when considering his story. After the death of Baldr, son of Odin and Frigg and brother of Thor, Þökk played a crucial role in the god’s fated afterlife. Baldr was slain through Loki’s trickery and ended up in Helheim, the underworld and realm of Hel.

Hel cut a deal with the goddess Frigg that Baldr could be returned to life if it was proved that the world’s love for him valued greater than his death. If everyone would weep for him, then Baldr would be resurrected. However, Þökk refused to weep. She stated that Baldr was dead and should remain with hell, and no amount of entreating could bring a tear from Þökk’s eyes. Though everyone around the world cried, Þökk would not budge.

Eventually, Baldr was consigned to his fate, and Þökk was shunned. She disappeared and was never seen again. Norse poets, mythologists, and story tellers have long since suspected that Þökk was actually Loki in one of his numerous disguises, acting this way so that his mischievous indirect murder of Baldr was not overturned. Since Loki’s gender was constantly fluid, this is likely.

Loki was not the villain that modern movies and videogames sometimes portray, but he was frighteningly chaotic and amoral. He was the son of Laufey, a female Jötunn, and Fárbauti. Loki was a close blood-sworn friend of Odin, the husband of Sigyn, and the parent of many, including Hel, Fenrir, Odin’s eight-legged horse Sleipnir, and Narfi.

Loki was technically a member of the Æsir, the primary pantheon led by Odin, and had fairly good relationships with them. However, his penchant for mischief and chaos led to him acting outside of their morality on a number of occasions, and the rift between them was cemented by the death of Baldr.

He did not directly kill Baldr but took full responsibility for his demise. Only mistletoe could slay the god, and Loki saw this as a challenge. Loki made an arrow from the plant and gave it to Baldr’s brother Höðr, who was blind, and directed him to shoot. Baldr was killed as a result, and the following day, Höðr was also killed in retribution.

Loki, however, was delighted. When he was next in the hall of the gods, he reminded Frigg that he was the cause of her son Baldr’s death.

Níðhöggr resided at the base of the tree of worlds and spends his time gnawing on its roots. He was a herald of Ragnarök who flies with corpses upon his wings. His name refers to the idea of a social stigma, and his job was to devour the corpses of those who murdered, committed adultery, and broke oaths.

His association with these three worst types of offenses made him more of a monster than anything else that he did. Some sources claim that the roots of Yggdrasil, the tree on which he gnaws, actually double as his prison. By being trapped there, he is stuck between Midgard (the home of the humans) and Náströnd, a realm of Hel, or Niflheimr between them.

Níðhöggr’s rival is the eagle who sits atop Yggdrasil with the hawk Veðrfölnir perched between his eyes. The squirrel Ratatoskr runs up and down the world tree bringing messages between the eagle and the serpent. In its mischief, it often alters the wording of these messages to sow discord between the two figures.

In Snorri Sturluson’s Skáldskaparmál, part of the Prose Edda, Níðhöggr is also listed amongst many names which are bestowed upon great bladed weapons such as swords.

Hel is a being responsible for Helheim, a realm to which many of the dead are consigned after death. She is the sister of Fenrir and the World Serpent and the daughter of Loki and the Jötunn giantess Angrboða. She was awarded her dominion in Nilflheimr by Odin, who sought to rid himself of Loki’s monstrous children.

Hel’s name is taken from the realm that she rules, and both are from the root meaning “concealed, covered up.” She was prophesied at birth to be a great maker of mischief like her father before her. As well as ruling over the citizens of Helheim, she also sometimes takes joy in participating in their torture.

After Baldr fails the love test thanks to Þökk, Hel keeps him with her as a companion until such time that the divide between the realms begins to weaken. She is associated with gods from a number of different pantheons, most noticeably the Roman Proserpina or Greek Persephone in the 13th Century Gesta Danorum.

In January 2017, the name ‘Hel’ was added to Iceland’s list of forbidden names to grant to children, with the council stating that it would cause any child to experience unreasonable distress growing up.

These two wolf deities were the children of the monstrous Fenrir, though some sources claim Sköll as another name for Fenrir himself.
Sköll chased the sun goddess Sól across the skies every day and was prophesied to kill her eventually after she had given birth to a daughter who would carry on her legacy as the sun personified. His name means ‘treachery’ or ‘mockery.’

Hati Hróðvitnisson chased the moon god Máni as his brother chased the sun. As well as pursuing Máni across the sky each night, he was also said to tear into the flesh of the dead and spatter their blood across the heavens. Hati is also known as Mánagarmr, the Moon Hound, and according to the prophecy, he is the most powerful of the two brothers.

Sól and Máni were brother and sister but rarely met after the wolves began to chase them. Their father, Mundilfari, came before day and night. Regardless, he was powerful to stop Hati and Sköll in their pursuit of his children.

According to prophecy, either Sköll or Fenrir will completely obliterate the sun at Ragnarök and leave nothing but a child to grow into Sól’s place in the new world.

Good and evil are in many ways subjective concepts so don’t worry too much if you find the entries in this list objectionable. The Norse peoples created some truly complex characters with interesting back stories and this is just our attempt to introduce some to our audience.

That being said, please let me know if you have anyone else to add. Hope you enjoyed this!

Bonus – The Children of Loki