Skip to content
Home » Why Did Fenrir Bite Tyr? 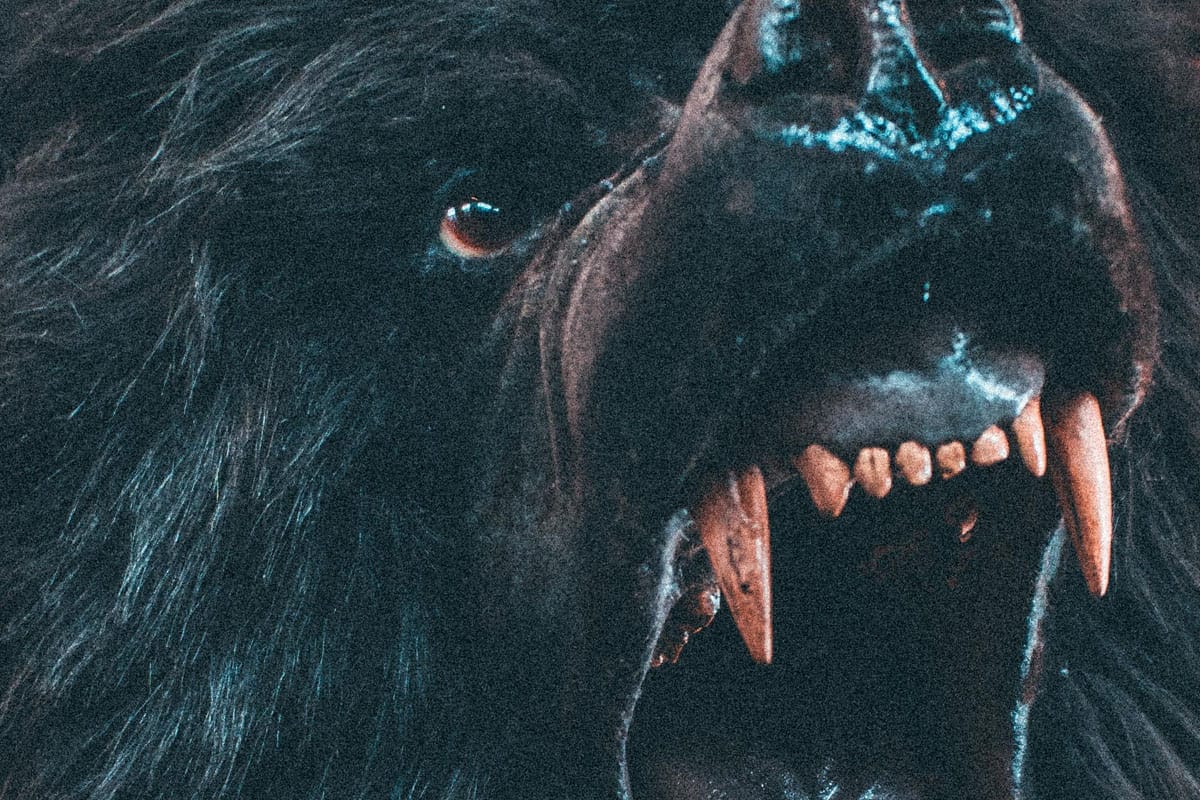 Fenrir was one of the children Loki had with the giantess Angroboda. He was a huge wolf that wouldn’t stop growing. Fenrir had originally been taken in by the Aesir, but he grew to such a huge size the gods decided he needed to be chained up.

So, why did Fenrir bite Tyr?

When the gods decided to chain Fenrir up, they tried many different chains, but Fenrir broke through all of them. The Aesir went to the dwarves and asked them to come up with something they could use. The dwarves created a special string. The Aesir told Fenrir they would let him go, but first, they wanted to see if the string could successfully bind him. Fenrir agreed, but he also knew the gods wouldn’t let him go if it worked. If he was going to be bound, he thought one of the gods should make a sacrifice, so he asked one of them to put their hand in his mouth. Tyr was the only god who was willing to do so.

The Children of Loki

Loki was married to a woman named Singyn, but he would often sneak off to meet with the giantess Angroboda. It was during these meetings that they ended up having three children together: Fenrir, Jormungand, and Hel. Odin had seen through one of his visions that Loki’s children would become horrible enemies to the Aesir gods.Odin decided Loki’s children must be captured, so he and the other gods made the journey to Jotunheim.

They captured the three children and made the trek back to Asgard. The gods decided the large snake, Jormungandr would be sent to the sea that encircled Midgard. For Hel, it was decided she would be sent to the darkest place in the Nine Worlds to watch over the dead. As for Fenrir, he was only the size of a wolf pup, and the god Tyr took a liking to him. It was decided the gods would raise Fenrir. However, Fenrir grew at an incredible rate. Everyone grew afraid of him except for Tyr. Tyr would play with Fenrir and feed him even as Fenrir continued to grow. But, Tyr’s love for the beast wasn’t going to save him. The gods were terrified and decided the only way to deal with Fenrir was to chain him up. They told Fenrir it was a new game.

They would bind him and he would have to try and break free. Fenrir agreed and believed he would easily be able to get out of the chains. Each chain the gods would try, Fenrir would break free from. Fenrir asked Tyr if he thought the gods would try binding him again. Tyr said he would bet his right hand on it. The gods tried over and over again but Genrir kept breaking free. Eventually the gods crafted a chain that was made from the strongest metal in existence. They called the chains Dromi. The gods told Fenrir that if he could break free from these particular chains, he would be known for his strength throughout the Nine Worlds. Fenrir succeeded and this both angered and worried the gods.

They decided they had to go to the dwarves and ask for their help. The dwarves crafted a string called Gleipnir and assured the gods it would work. So, they set off to try binding Fenrir one last time. Fenrir laughed when he saw the string. There was no way it would be capable of binding him. Fenrir felt it was a trap, so he told the gods he would allow them to bind him with the string, but only if one of them would put their hand in his mouth to prove there was no treachery afoot.

Tyr was the only one who offered his hand. With Tyr’s hand in his mouth, the gods bound Fenrir with the string. The wolf struggled and struggled but couldn’t get out of it. The gods were laughing at him and Fenrir became very upset. He and Tyr looked at one another and silently agreed that Fenrir would bite off Tyr’s hand. The gods then bound Fenrir to a giant rock. Fenrir told Odin he would have been a friend but Odin had crossed him and now he would one day come back to kill them. A sword was then put through Fenrir’s jaw, and he stayed that way, bound and impaled until Ragnarok.

Why did Tyr sacrifice his hand?

Tyr sacrificed his hand because he had bet his hand that the gods would continue to try and bind Fenrir. This sacrifice showed that Tyr was the one god who stood by his word. All the other gods had told Fenrir he would be set free once he was successfully bound. They all lied to him and laughed at him once they succeeded.

The only god who had honor and integrity was that of Tyr. He had bonded with Fenrir from the time Fenrir was a pup and he did ultimately love the wolf. When everyone was afraid of Fenrir, Tyr stood by his side. It seemed only fitting that Fenrir and Tyr had a great respect for another, and Fenrir only bit off Tyr’s hand once they made their silent agreement.

What Does Tyr Represent?

Tyr represents honesty and integrity. He was the one god who showed those traits and didn’t go back on his words. Tyr was also known to be a god associated with upholding the law. By sacrificing his hand, he righted the wrong done by the other gods. They had gone back on their word to Fenrir, so the only way to right that was to have Tyr make a sacrifice on their behalf. Most, if not all the gods besides Tyr, lacked character. They were selfish and very self-centered and only did things if it would benefit them in some way. Tyr was selfless and was one of the gods that could be wholeheartedly trusted to do right, even if it meant losing a limb in the process.

At the time of Ragnarok, Fenrir did find himself finally released from his bondage. When he and Odin met on the battlefield, Fenrir did get his change to avenge the wrong that had been done to him. Odin and Fenrir battle, and Fenrir does end up being Odin’s downfall. Odin meets Fenrir with a host of soldiers behind him. Fenrir ends up swallowing all of them. Odin is eventually avenged by his son, Vidar, who uses special shoes to hold open Fenrir’s mouth while he stabs him with his sword. Fenrir definitely didn’t have a happy existence, but he was one of the characters who stood by his word. He told Odin he would kill him, and he did.

What Does Fenrir Symbolize?

Fenrir symbolizes vengeance and righting one’s wrongs. He is destruction, but he is also justice. When the gods told him they would release him, they failed to do so, completely going back on their words. Fenrir tells Odin he will one day be released and will come back to kill him. When Ragnarok occurs, Fenrir does just that. He avenges the wrong that had been done to him and he makes Odin pay for his sin. The binding of Fenrir also raises the question if he would have committed the same acts had he not been bound and treated so poorly.

He was taken in and raised by the gods. It was his monstrous size that made the gods afraid of him. Fenrir does say he would have been a loyal friend to them had he not been tricked the way he had been. Like most other events in the gods lives, it seems fate plays a very big role. Fate definitely assumes a main role in that of Fenrir’s binding and Odin’s eventual death.

Fenrir is probably the most feared monster from Norse mythology. In truth there are a fair few who worried the gods. But Odin kept a particularly wary eye on this most dangerous of Loki’s children.

In the end Odin proves right to be wary. Or is it his wariness that leads to his own downfall. Hard to say.

Either way, if you want to learn more about the children of Loki we have a great article. Thanks for reading.