Skip to content
Home » Zeus Strengths and Weaknesses: What are They? 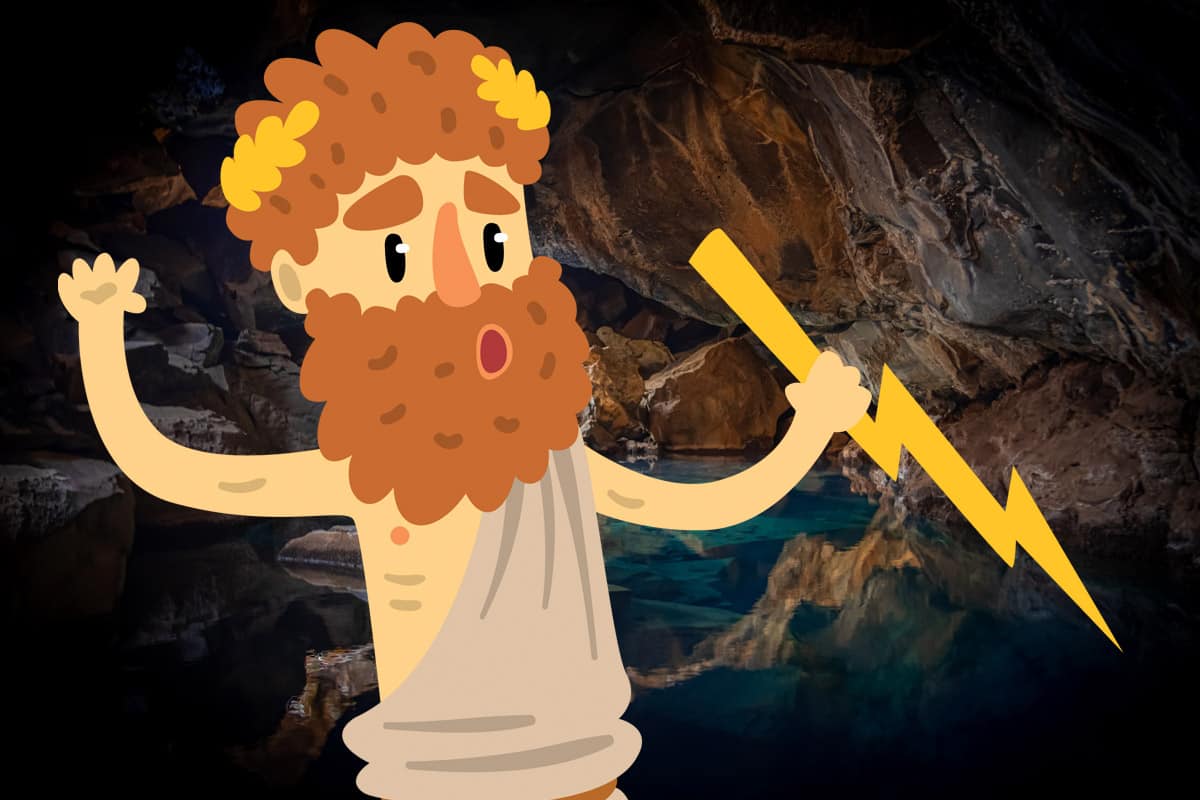 Zeus is a complicated figure in Greek mythology, on one hand he is a God of justice, hospitality, and oaths; on the other hand he is a shapeshifting womanizer who commits infidelity at every opportunity. With this juxtaposition of characteristics it’s natural to wonder if the king of the gods had any weaknesses and what strengths might balance those out.

Zeus enjoyed many strengths due his position as head of Olympus but he was not infallible and had several weaknesses too.

Zeus was first and foremost, he was head of the Greek pantheon. He earned this right by killing and overthrowing his tyrannical father Cronus. Zeus ruled over the other Greek gods, keeping order and relative peace between them and punishing them when they stepped out of line.

It was within his ability to decide the fates of other gods; who they might marry, where they presided over, and to what extent they could use their own powers. It was Zeus who married Aphrodite to Hephaestus to keep peace in Olympus and Zeus who declared Athena patron of Athens after she won a competition against Poseidon.

2. He Ruled Over Mortals

While all the gods technically reigned over mortals, Zeus’ role in the pantheon gave him specific involvement in the daily lives of mortals. He was a god of justice; specifically oaths and hospitality and would readily punish mortals (or gods) who violated those principles.

Another epithet Zeus Moiragetes reflects an even more impressive role, God of Fates. This epithet is a little misleading, in that it seems to put Zeus over the Moirae, which is likely inaccurate however Zeus Moiragetes links Zeus in partnership with the fates which is still a deeply powerful role allowing Zeus to occasionally persuade the fates to alter course.

3. He was a Powerful Storm God

Even in modern times Zeus is known for his thunderbolts. His thunderbolts, foraged by the Cyclope: Brontes, Steropes and Arges, were used as weapons. These weapons were often used to maintain his throne and keep the mortals in line. Zeus’ association with thunderbolts stems from his role as a storm god.

As a storm god, Zeus could create rain to secure a good harvest for his worshippers and floods or droughts to punish mortals who displeased him.

Zeus likely owes his storm god attribute to his origins as the Proto-Indo-European sky god, Dyeus.

A common motif in myths featuring Zeus is his ability to shapeshift. He is shown in many myths disguising himself as a mortal, sometimes to frolic with mortal lovers. He disguised himself as Alcmene’s husband Amphitryon in order to father Heracles.

He is often depicted disguising himself as a mortal in Xenia myths where Zeus who tests the hospitality of his followers, and rewards or punishes them accordingly.

Zeus’ ability to shapeshift is not limited to a human form. Zeus was often portrayed shifting into animals such as in the myths of the abduction of Europa, where he transforms into a bull or Leda and the swan, with the swan obviously being Zeus. In one myth,

Zeus even transforms himself into the shape of another god. According to Hesiod, Zeus took on the form of his daughter Artemis to seduce the nymph Callisto.

1. Zeus was Still Subject to Fate

Zeus worked in partnership with the fates but was not immune to them. Quintus Smyrnaeus, a Greek poet from after the time of Homer wrote that even Zeus must bow to the Moirae and Pausanias in his Description of Greece indicates that the Moirai are powers greater than Zeus.

One could assume that the Moirai could, if they wanted to take Zeus out. Luckily for him, they are generally aligned with him in their goals and there are no myths placing them at odds with one another.

2. He was Debilitated by Typhoon

Zeus had many challenges to his throne after the Titanomachy, one challenger Typhoon managed to leverage a specific weakness against him. Typhoon attempted to overthrow Zeus at the behest of his mother, Gaia, who was distraught over the deaths of her children the Giants. According to Apollodorus’ and Nonnus’ versions of the myth during their fight Typhoon steals the sinew from Zeus’ hand and feet rendering him unable to continue fighting. He is then taken and held hostage in the Corycian Cave in Cilicia where he is kept captive by the monstrous serpent, Delphyne.

Apollodorus states that Typhoon would have taken the throne had Zeus’ sinews not been restored to him by Hermes and Aegipan.

3. Zeus was Tricked by Prometheus

Zeus is often portrayed as omnipotent but when it comes to Prometheus this doesn’t seem to be the case. In Hesiod’s Theogony, Prometheus is called upon by Zeus to settle the matter of which parts of the animals should be made into offerings to the gods. Prometheus, who had a soft spot for mortals, decided Zeus should pick between two potential offerings: meat and fat disguised in the stomach of an ox to be unappealing or bones wrapped in fat and made to look like a tasty meal. Zeus chose the latter and was not pleased to find out it was only bone but the matter had been settled and Zeus was bound to his word.

4. Zeus was Famous for his Infidelity

One would think a god of justice who presides over oaths would have nothing but utmost respect for laws of marriage but anyone with even the slightest knowledge of Greek mythology could tell you that with Zeus, this was not the case.

Zeus’ greatest weakness was easily his inability to stay faithful to his wife.

There are at least 91 different myths involving Zeus taking a lover, most of which result in some sort of chaos for the lover or the resulting offspring.

Cheating undermined his authority as a god of law and his specific brand of ‘seduction’ as most modern retellings word it, leaves quite a bit to be desired in the justice department.