Skip to content
Home » Are Centaurs Evil or Dangerous? 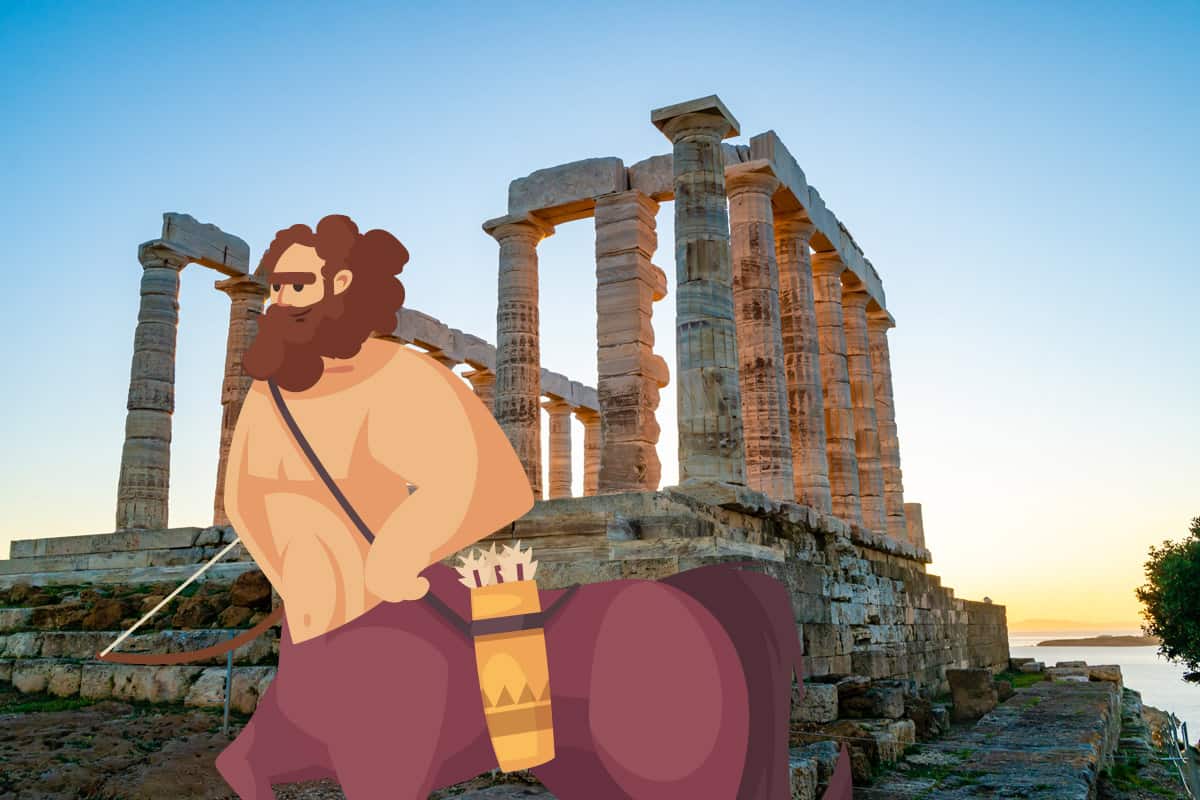 There’s a lot of back and forth on the topic of Centaurs. The creatures have a tumultuous yet bare history.   What is there seems to paint a clearer picture of them.

Centaurs are often described as drunken, short-tempered, and angry creatures. Though Centaurs are depicted with a bow and arrow they used several different weapons. Most of their misdeeds were directed towards women. Despite their outside appearance, they are not all bad. Most of the creatures work against evil, even if they weren’t all outright good. Are Centaurs evil? No, not any more evil than a human with ill intention. So to answer the question, are Centaurs dangerous? Absolutely.

Centaurs have a gruff exterior, but it’s not necessarily unwarranted. Taking a closer look at the creatures provides a better understanding of their stereotypes.

Are Centaurs Evil or Dangerous, Really?

The Centaur originates in Greek Mythology as a distant relative to the 12 Olympians. As the story goes, Ixion, the son of Aries, killed his father’s wife. After a while, Zeus decided to forgive Ixion for his misdeeds but only after testing him. Zeus sent a replica of Hera to him, to which he soon failed the test. Ixion seduced the false Hera and their ensuing monstrous children resulted in the creation of the Centaur. Ixion was not happy with the outcome.

Centaurs’ most known battle was with the Laptihian people. The cause for this was their attempt to steal Hippodamia on the day of her wedding and all the other women. Hippodamia was marrying the legitimate son of Ixion, Pirithous. Not much is known about the Centaur’s, especially their motivations. The connection with their creator is rumored to be the reason for the battle. The battle, unfortunately, ended in tragedy with most of the Centaurs involved being driven off or killed.

Centaurs have the body of a horse with the top half of a man (or woman). They are said to be extremely heavy drinkers with burly attitudes. In some mythology, they’re referred to as beasts with short tempers. It’s also said they carried bows and arrows with them as their main weapon of choice. Despite their rough exterior, centaurs are mostly known for fighting against evil and doing good. Just like with humans, there were good Centaurs and bad ones.

Centaurs get a bad rap in mythology. In general, they were known to be violent towards women, often violating them in many of the stories they appear in. Yet, there were many more that stood out from the crowd in a positive light. They were the ones that gave them a good name and let them stand out as virtuous creatures.

One of the most famous Centaurs in Greek myth was Chiron. He had a mission to find harmony in nature. He was a scholar and learned many things about philosophy, art, and even medicine. His main role was the tutor of Apollo and an advisor to many other Gods. Chiron was the only centaur known to be immortal.

Another well-known Centaur in Greek mythology was Pholos. Pholos was a good friend of Heracles and even gave him lodging and a feast. During this feast, Pholos opened his best wine for Heracles. When other Centaurs smelled the wine they rushed to the two friends enjoying themselves. A battle quickly ensued leaving many injured.

Of the people in this battle, Cheiron was one. He was so deeply wounded in the battle that he wished he could die. Prometheus heard his cries and came to help. Cheiron then gave his immortality to Prometheus. Then went to “live” among the stars as the constellation Sagittarius.