Skip to content
Home » Centaurs vs Unicorns: What is the Difference? 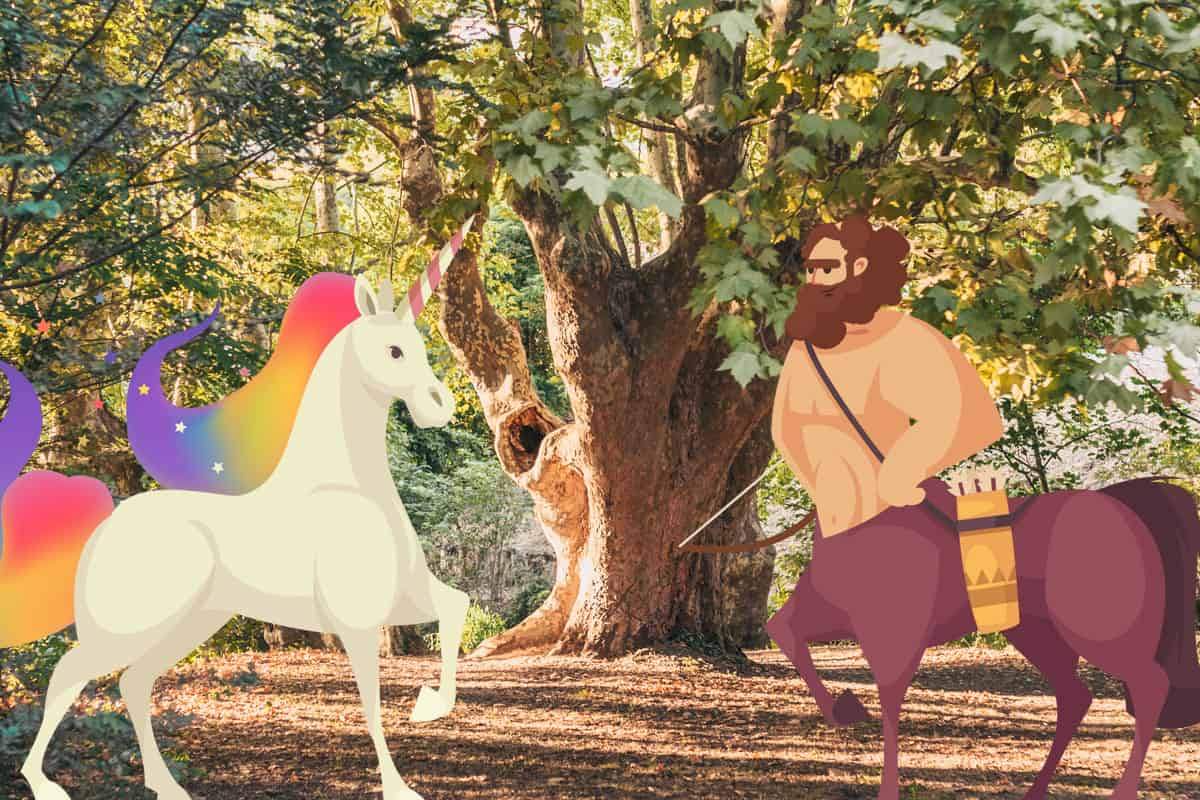 Centaurs and unicorns. Both are known to be strong and majestic creatures, but what are the differences between them? Here we will compare them to give you a thorough knowledge between the two.

Though both creatures have reference to a horse, they are both remarkably different. The Centaure being half man and the unicorn often described as a large white horse with a single horn on its head. While both are seen as powerful, the centaur had a compromising start in their reputation, needing a particular centaur to put them in a better light. The unicorn on the other hand had always been revered and their reputation quickly spread and has not deviated much to this day.

If you are interested in learning what these differences are that have their reputations so different, or want to learn more, read on below.

What is the Difference between Centaurs and Unicorns?

The origin of the centaur is complex and vague. It can be agreed upon that they originated in Roman and Greek mythology but that is where the similarity ends. Some historians believe that centaurs are the offspring of Ixion, king of Lapiths, and Nephele, a cloud nymph.

Others believe that they are in fact fathered by a man named Centaurus as a result of mating with the Magnesian Mares. There is even a tale that believes they were created by Zues himself. Regardless of which theory is correct, centaurs have remained a cannon for mythological literature and art for centuries.

Unlike centaurs, the myth of the Unicorn is actually believed to have originated in the ancient myths of China and India. The myth quickly spread and there are references to them in Greece, Europe and even the United Kingdom with notations even appearing in the bible. Although in saying this, there are myths all over the world with creatures that resemble the unicorn.

Many countries have taken claim to the unicorn in all its wonder and as a result there is an abundance of art and recordings as far back as early BC. To this day, the Unicorn is still the national animal of Scotland.

Centaurs are creatures that are half man, half horse. Originally they were depicted in art as a man with the hind legs of the horse attached to their backs. This was later extended to be the body of a horse with only the head, torso and arms of a man. They have been illustrated in many forms of art with various shades of colour.

They typically had wavy hair the same colour as their tail and beards. In the beginning it was only male centaurs shown but in later art female centaurs, or centauresses, started emerging. A Macedonian mosaic crafted in the 4th century BC is one of the earliest depictions of female Centaurs. Much like their male counterparts, they had the body of a horse but had the torso, head and arms of a woman.

The legendary unicorn has been represented as a large white horse or goat like creature with a single horn protruding out of its forehead for centuries. In some art and literature there can be slight differences in the size of the unicorn and sometimes having a white beard and hairy tufts at their hooves.

The Centaur personality is as complex as its origins. This is because there seems to be a common consensus on the personality of centaurs but also a famous centaur that could be deemed as the polar opposite to the stereotype.

Typically, centaurs are known to be wild creatures. They don’t live much for law and order and often divulge in their primal instincts. One such example of this is when a group of centaurs attempted to steal Hippodamia on the day of her wedding, along with the other Lapith women. This resulted in a great battle called the Centaurochamy which ultimately ended in the centaurs defeat.

In contrast to this is a centaur by the name of Chiron. He was civilised, noble and highly revered for his wise teachings and medical skills. He was so admired that he was depicted in the stars and became the symbol for the Zodiac sign Sagittarius that we all know today. Modern literature often depicts centaurs as forest loving creatures full of pride.

Unicorns are proud and mysterious creatures. Like the centaurs, they are wild and untamed, though in some literature it is said that they can only be tamed by a virgin. They do not like conflict and will not attack unless given no option.

Centaurs have always been admired for their strength and speed. They are intelligent and have an affinity with hunting and a determination to succeed in what they want. They are skilled in weaponry and have a keen eye which enables them to be excellent hunters. Their weapons of choice are the bow and arrow but have been known to use swords also. Centaurs are revered today as warriors first, with an appreciation and respect of nature.

The Unicorn’s magical traits are as varied as they are well known. Most writings concur that the magical properties of the unicorn lie in the horn itself but there are a few that say that unicorn blood also had magical elements. The horn, it is said, has high medical powers. The unicorn can detoxify bodies of water with it and heal sickness. Also that if you drink from a unicorn horn, you would be immune to stomach issues, epilepsy and poison.

The legend of the unicorn’s medical properties spread across the earth. Due to this the unicorn became a popular sport with many questing to hunt and slay the unicorn for its horn. The price of a unicorn was enormously expensive, 10x its own weight.

German merchants in 1560 sold a unicorn horn to the pope and as late as 1741, pharmacies in London continued to sell powdered unicorn horn. As a consequence to the unicorn horns fame, the narwhal population was decimated at the time for being hunted with the tooth protruding from their heads being sold as a counterfeit.