Skip to content
Home » 5 Cool Hindu Gods and Goddesses: Who Are They? 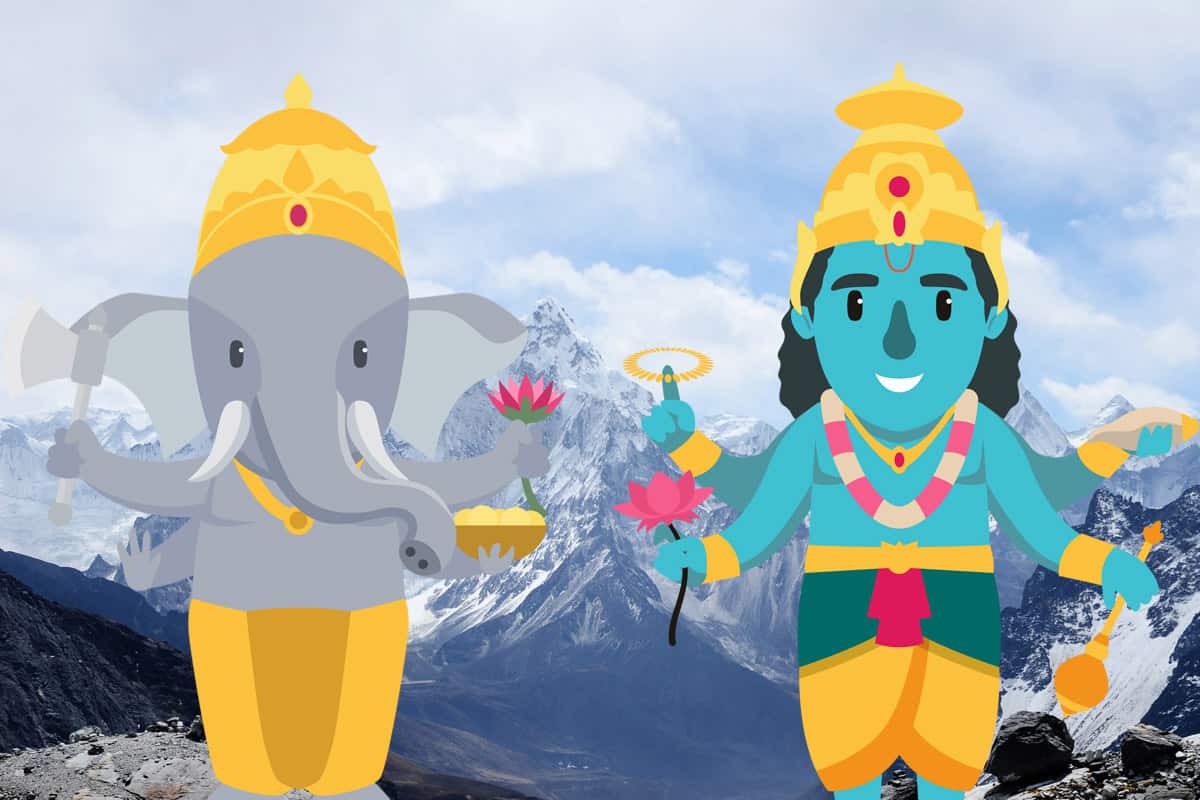 As one of the world’s oldest religions, Hinduism honors more than a thousand gods yet acknowledges that all these deities are varying parts of one supreme being, Brahman.

Some of Hindu’s beloved divine beings are avatars, or incarnations, of a few supreme gods and they appear for very specific purposes and sagas.

From the supreme trios of gods to their mischievous children and loving consorts, here are five of the coolest Hindu gods and goddesses (in no particular order).

As the god with the most avatars, Vishnu is definitely one of the coolest and most powerful gods in Hinduism. Vishnu is one of the three parts of the Trimurti, gods responsible for the creation, maintenance, and destruction of the earth. Vishnu holds the role of protector and preserver of the universe, keeping the balance between good and evil by returning to earth as incarnations. He has come in various forms nine times, and the tenth is believed to represent the end of the universe.

Often associated with light, Vishnu is commonly depicted with blue skin and four arms, which each carry an object he represents.

The Trimurti created Durga to serve as a warrior goddess and protective mother of the universe. Born from the Ganga River to combat the evil demon Mahushasura, she is depicted with 8 or 10 arms to wield all her weaponry as well as other symbols of divine mother energy.

The most famous festival honoring Durga is the four-day autumnal gathering Durga Puja, which celebrates her victory over Mahushasura.

Lakshmi is one of the principal Hindu goddesses and she is fabled as the goddess of beauty and prosperity, both in the material form of wealth and in the spiritual form of good fortune. Often depicted as a beautiful four-armed woman with a golden complexion, Lakshmi’s limbs represent four facets of human life – righteousness, desires, awealth, liberation from the cycle of birth and death. Born of Durga, she is also renowned for her divine feminine and motherly energy.

It’s not easy being the wife of Vishnu, and Lakshmi also said to take a new form of incarnation when Vishnu visits earth, by his side as consort or lover. Diwali, the five-day Hindu festival of lights, shows particular reverence for Lakshmi. The festival honors the epic story of Ramayana and the heroine Sita, along with her husband Rama; Sita and Rama are largely regarded as avatars of Lakshmi and Vishnu, respectively.

Krishna is revered both as a god himself and as the eight incarnation of Vishnu. Smuggled away from his parents as a child, Krishna grew up as a humble cowherder and came to be known for his mischievous pranks. He grew into a god with a renowned reputation as a great lover.

His name originates from the Sanskrit adjective meaning “dark”, “black”, or “dark blue”, and the god is almost always depicted with blue-black skin (like Vishnu).

One of the five prime Hindu deities, Ganesha is the popular and easily-recognized elephant-headed god who represents new beginnings. He is widely regarded as a remover of obstacles and harbinger of good luck. Ganesha’s origin story is a popular myth – his human head was removed by his own father (or his orders)! Parvati is said to have formed Ganesha while she was in the bath, and her consort Shiva mistook Ganesha for a suitor, cutting off his head before replacing it with that of an elephant.